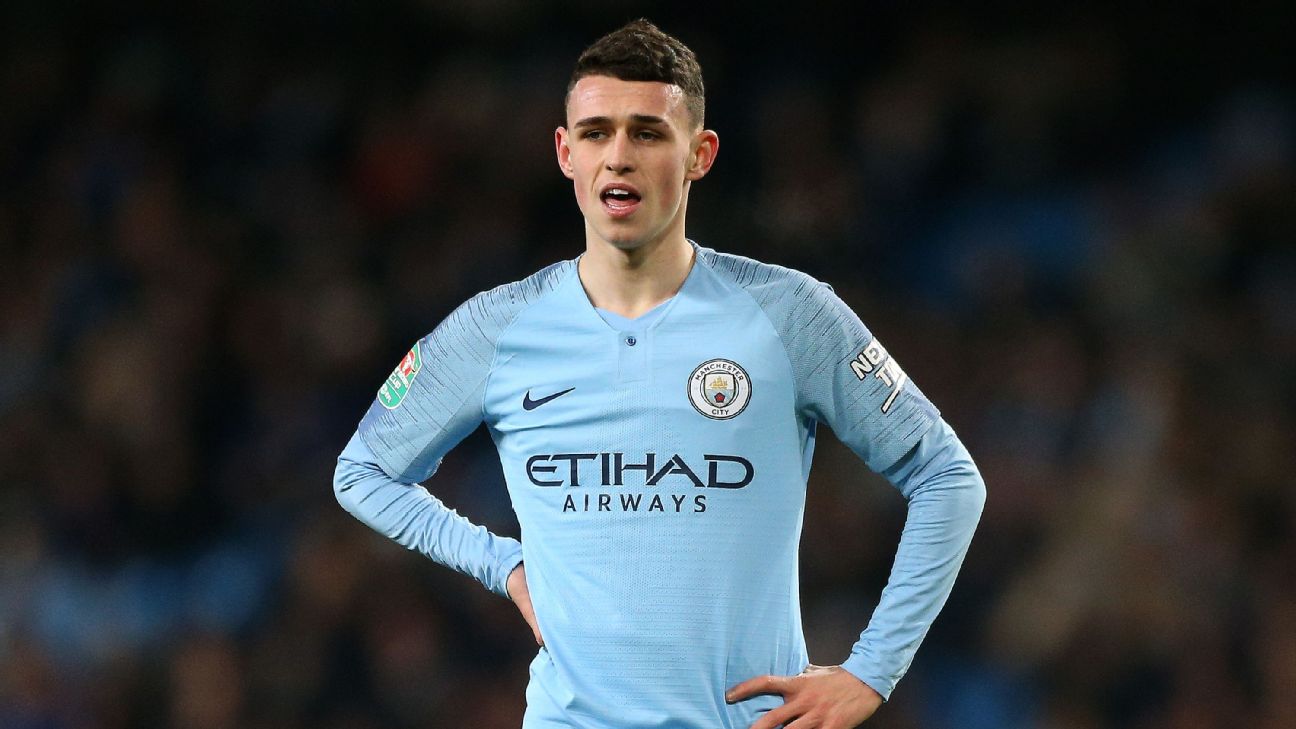 Manchester City will reject any moves for Phil Foden, with Bundesliga side RB Leipzig among clubs interested in the England under-21 international, sources have told ESPN FC.

A number of German clubs are keen on the midfielder, who has made 23 appearances for City this season but is still to make a Premier League start for the champions.

City boss Pep Guardiola has faced some criticism for not giving more opportunities to Foden, 18, who signed a six-year contract in December.

But the club see a clear path for Foden to become a first-team regular in coming seasons with David Silva and Ilkay Gundogan entering the final 18 months of their contracts and will turn down any offers for the Stockport-born City fan.

German clubs have increased their interest in young English players with the promise of more opportunities of first-team football.

Foden’s former City teammate Jadon Sancho moved to Borussia Dortmund two years ago and has revelled as a regular with the title-chasing side and has now become an England international.

And Chelsea winger Callum Hudson-Odoi, who has also not yet made a Premier League start, is a target for Bayern Munich.

Foden was one of the stars of England’s Under-17 World Cup winning-side and a host of German teams, including Leipzig, have expressed an interest in taking him on loan. Bundesliga scouts are regulars at England games at youth level and have also watched City youth team matches.

Welsh international Rabbi Matondo, 18, left City for Schalke in January in a £10million deal without playing a single minute for the first team.