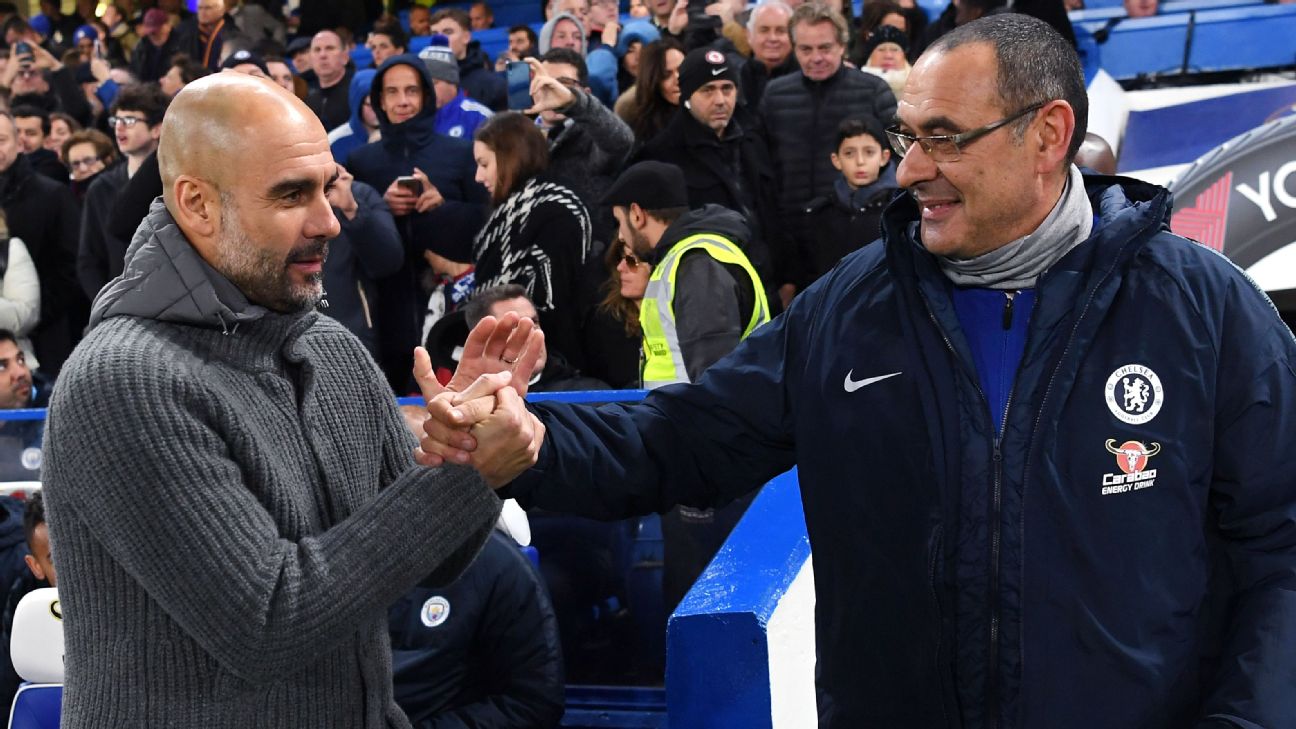 MANCHESTER, England — Pep Guardiola has said he almost regrets Manchester City beating Chelsea 6-0 earlier this month because he expects a reaction from them in Sunday’s Carabao Cup final.

Premier League leaders City demolished Chelsea at the Etihad Stadium two weeks ago, but Guardiola said he knows how dangerous Maurizio Sarri’s side can be after they became the first team to beat City in the league in December.

“In that moment I was so happy to beat them, but now I would prefer not to have beaten them 6-0,” he told a news conference.

“I don’t like to play a team again in a short period of time after you’ve beaten them. They are proud people. They will do extra. When we lost 2-0 at Stamford Bridge, we couldn’t [then] accept defeat at home.

“When we won the game they did incredible things, but the first goal was a mistake and then a mistake from Ross Barkley. Sergio [Aguero] scored an incredible goal.

“When that happens, it’s tough for them. They did many good things. They played good, but we were so clinical with our goals, and that helps.”

Sarri is under increasing pressure after a number of disappointing recent results, but Guardiola — who did not win a trophy in his first year at City — backed the Italian.

“The situation is a little bit different,” he said. “In my first year, the club never doubted me. It was never in the media that I’d be sacked.

“When we lost there, and when we won here, my opinion of Sarri and his teams is always high. When we reviewed the game against us, maybe people don’t believe me, but they did incredible things.”

Guardiola is awaiting fitness updates on John Stones and Gabriel Jesus, who missed the midweek Champions League win at Schalke.

He also faces a decision over whether to pick rookie keeper Are Muric, who has played in every round on the way to the final and conceded only once.

“We will see — I have to think about it,” Guardiola said. “He’s been an important player for us to be where we are. Leicester with the penalties [saved in a shootout win], he was incredible.

“We trust him — that’s why he is second keeper today. We didn’t look to buy anybody in the winter market.”