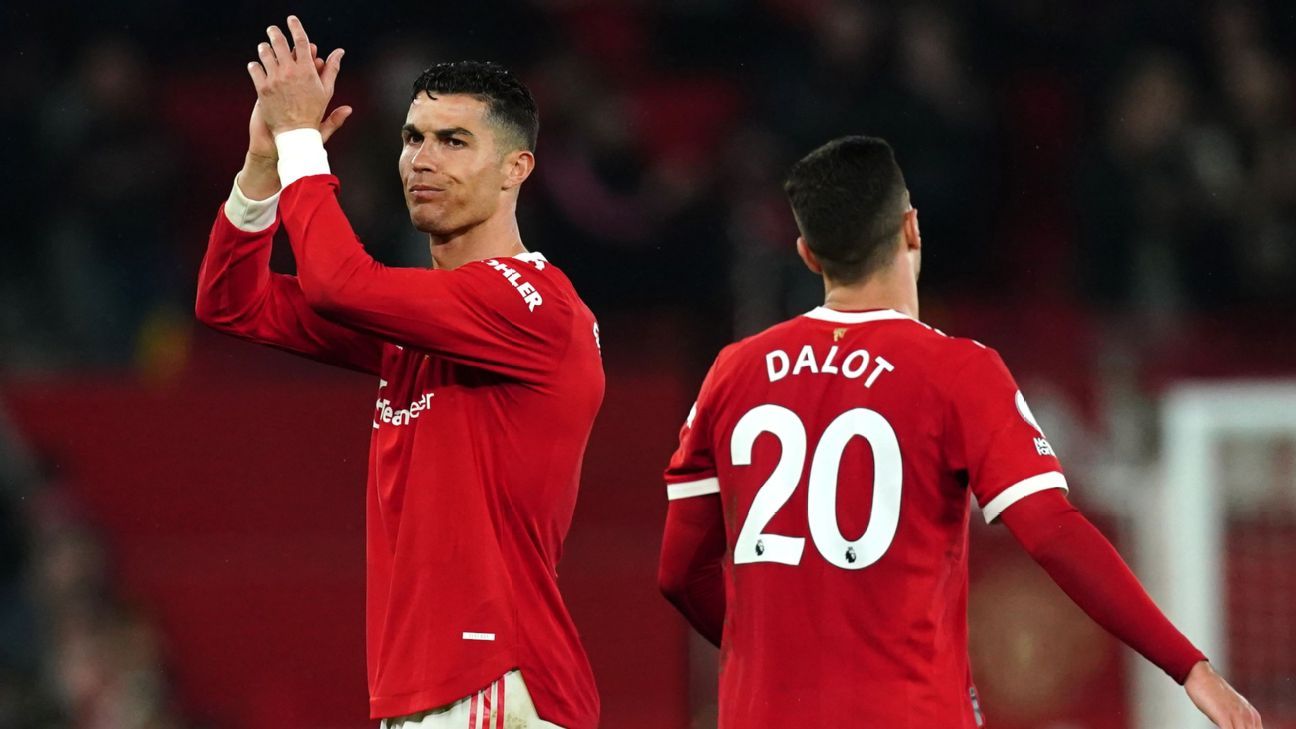 MANCHESTER, England — The first game at Old Trafford this season was a summer friendly against Brentford that Manchester United fans were desperate to get into. The last was a Premier League game against the same opposition that some couldn’t wait to leave.

The optimism of that post-lockdown warm-up game in July disappeared a long time ago and has been replaced with a growing anger directed at the owners, the board and, occasionally, the players.

Supporters’ latest show of disillusionment was to leave the 3-0 win over Brentford 17 minutes early — one minute for each year of Glazer ownership. The expected exodus wasn’t as large as organisers had hoped but the 90 minutes were filled with anti-Glazer chants and banners following a protest outside the stadium for the third home game in a row.

It wasn’t so long ago that fans were desperate to get back in after nearly 18 months of coronavirus restrictions but even the most hardened United fan has grown weary during what has been a miserable campaign.

Beating mid-table Brentford is scant consolation. Yet again supporters have been left pinning their hopes on a new manager, this time in the shape of Ajax coach Erik ten Hag. Most will tell you they are optimistic about what the Dutchman might achieve here but there remains a suspicion it could also unravel in spectacular fashion — just as it has for every permanent manager since Sir Alex Ferguson retired in 2013.

“It’s obvious quite a few players will leave and there is a need for top-quality players,” Rangnick said afterwards. “I strongly believe that if everyone works together we can bring Man Utd back to where we need to be.

“Other clubs only needed two or three transfer windows to challenge but from now on we need to bring in top-quality players who really help raise the level. If this happens then I don’t think it should take too long.”

It says everything about what Ten Hag will inherit at Old Trafford that while United are still trying to avoid their lowest points total in the Premier League era, their two main rivals, Manchester City and Liverpool, will spend the week contesting Champions League semifinals before continuing their scrap for the title this weekend.

In the end, victory over Brentford was comfortable but it was only United’s fifth from their last 17 games in all competitions and they owed much of it to two players with a combined age of 71. Juan Mata, a 34-year-old without a league start since the last day of last season and almost certain to leave the club this summer, was one of the best players and it’s probably no coincidence that with the Spaniard in the team, United completed more passes than in any other league game this season.

Meanwhile, Cristiano Ronaldo, three years older than Mata at 37, scored a penalty to make it 18 goals in the Premier League this season — far and away United’s top scorer. His future is, for now, also uncertain. Bruno Fernandes and Raphael Varane, also on the scoresheet against Brentford, are likely to be central to Ten Hag’s new era while David De Gea strengthened his case to compete with Ronaldo for United’s player of the year.

Anthony Elanga, who set up Fernandes’ opener with a pinpoint cross, is another of only a handful of players who will emerge from this season with any credit. Rangnick’s temporary spell won’t be remembered particularly fondly either and the German admitted he would have liked to see the display against Brentford replicated more regularly during his time in charge.

“I think tonight we showed one of our best performance in the last six months in possession,” added Rangnick. “We were in control in most parts, still had a few gaps defensively but I was pleased with the performance we showed tonight.

“The season is not yet over, we have another two games to play away. I am not completely happy with these six months. I would have expected to qualify for the Champions League, that was the goal we had.”

It’s still mathematically possible that United could still finish in the top four but it’s more likely that a season in the Europa League or Europa Conference League awaits. Whichever European competition he finds himself in, Ten Hag’s task here is huge. Not only will he be charged with revamping the squad, he will also be asked to transform the mood. New signings will help and so will a positive start to the new season but the frustration and exasperation with the owners will never be far away.

A routine win over Brentford and another Ronaldo goal could not hide the fans’ displeasure. It’s one of a number of issues Ten Hag will have to deal with when he finally takes the reins.