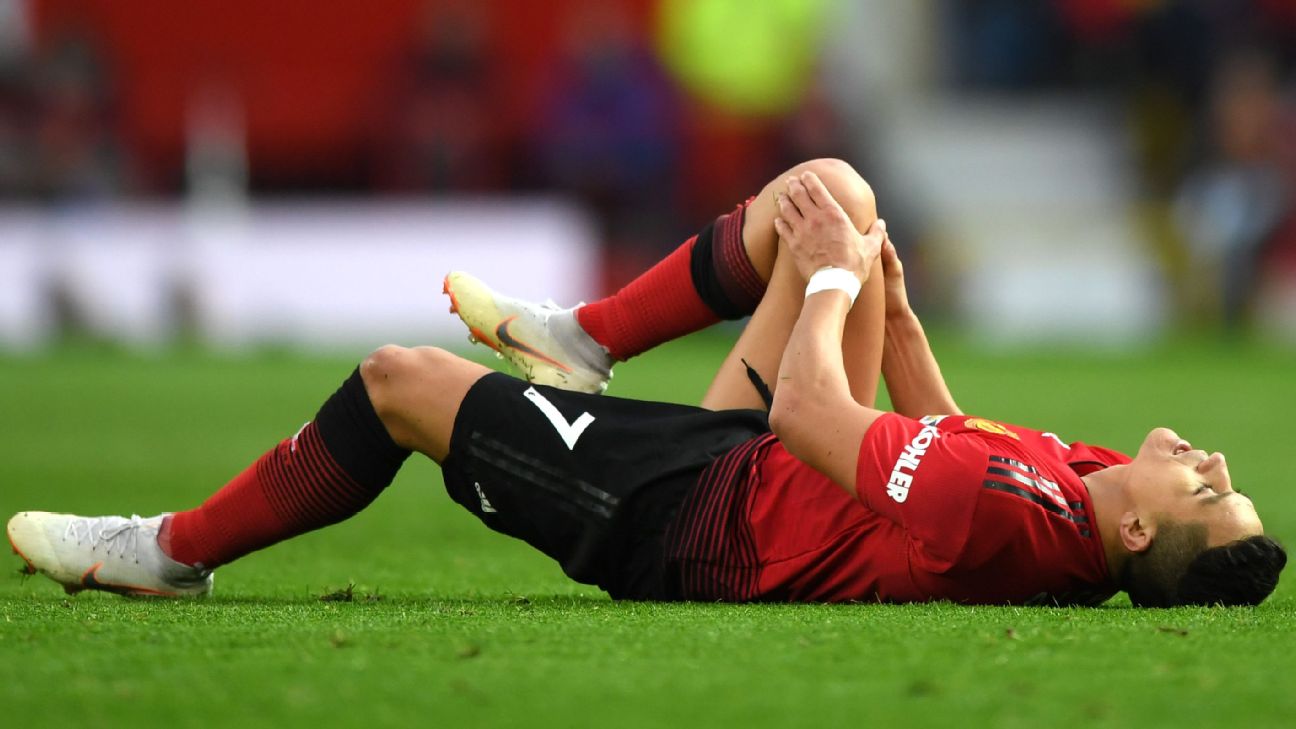 Manchester United manager Ole Gunnar Solskjaer has revealed he will be without Alexis Sanchez for up to six weeks with the knee injury he suffered in Saturday’s 3-2 win over Southampton.

“It was a bad knee injury so if it’s four weeks or six, hopefully he’ll recover quickly,” Solskjaer told a news conference ahead of United’s Champions League tie with Paris Saint-Germain on Wednesday.

Solskjaer is without 10 senior players for the game at the Parc des Princes as United look to overturn a 2-0 deficit from the first leg.

United have added 18-year-old full-back Brandon Williams to their squad for the match along with Mason Greenwood, 17, James Garner, 17, Angel Gomes, 18, and Tahith Chong, 19.

Paul Pogba misses the game against the French champions after his red card in the first leg. Ander Herrera, Nemanja Matic, Jesse Lingard, Juan Mata, Anthony Martial, Phil Jones, Matteo Darmian and Antonio Valencia are all sidelined and have not travelled.

Andreas Pereira, Scott McTominay and Fred are the only recognised central midfielders to make the trip.