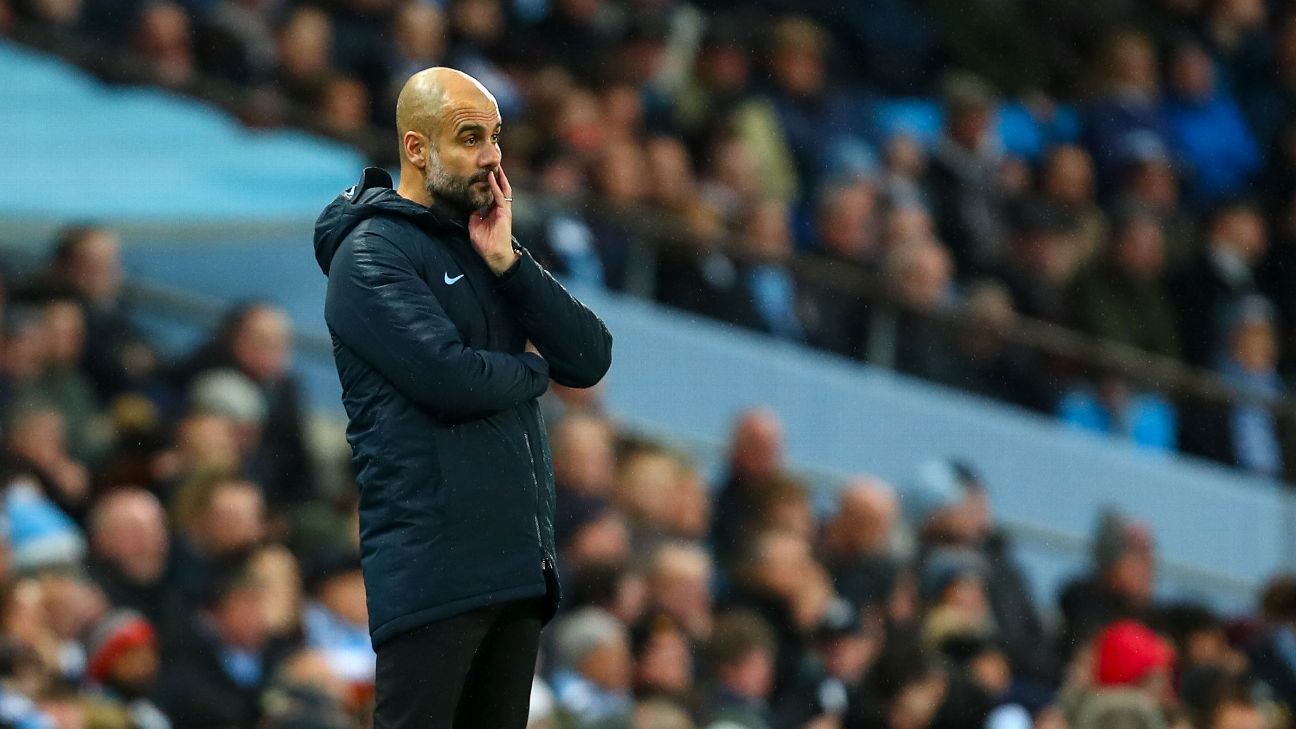 MANCHESTER, England — Pep Guardiola insists it is not a two-horse race for the Premier League title and has refused to rule out Tottenham Hotspur or even a resurgent Manchester United.

Manchester City suffered a 2-1 defeat to Newcastle United a week ago but after back-to-back draws by Liverpool — most recently Monday’s 1-1 result at West Ham — they can move back to the top of the Premier League with a win at Everton on Wednesday night.

Spurs are two points behind City while Ole Gunnar Solskjaer’s United are 11 points back and Guardiola expects the Premier League battle to go until late in the season.

“United is now making this run every single week and they will be there to fight for the Premier League.

“Chelsea can win games in a row and be a contender too, everybody’s there, the gap is not to big. There are 39 points to play and nine or 10 behind it’s not too much. Seeing what happens now, everyone is ready to take points.”