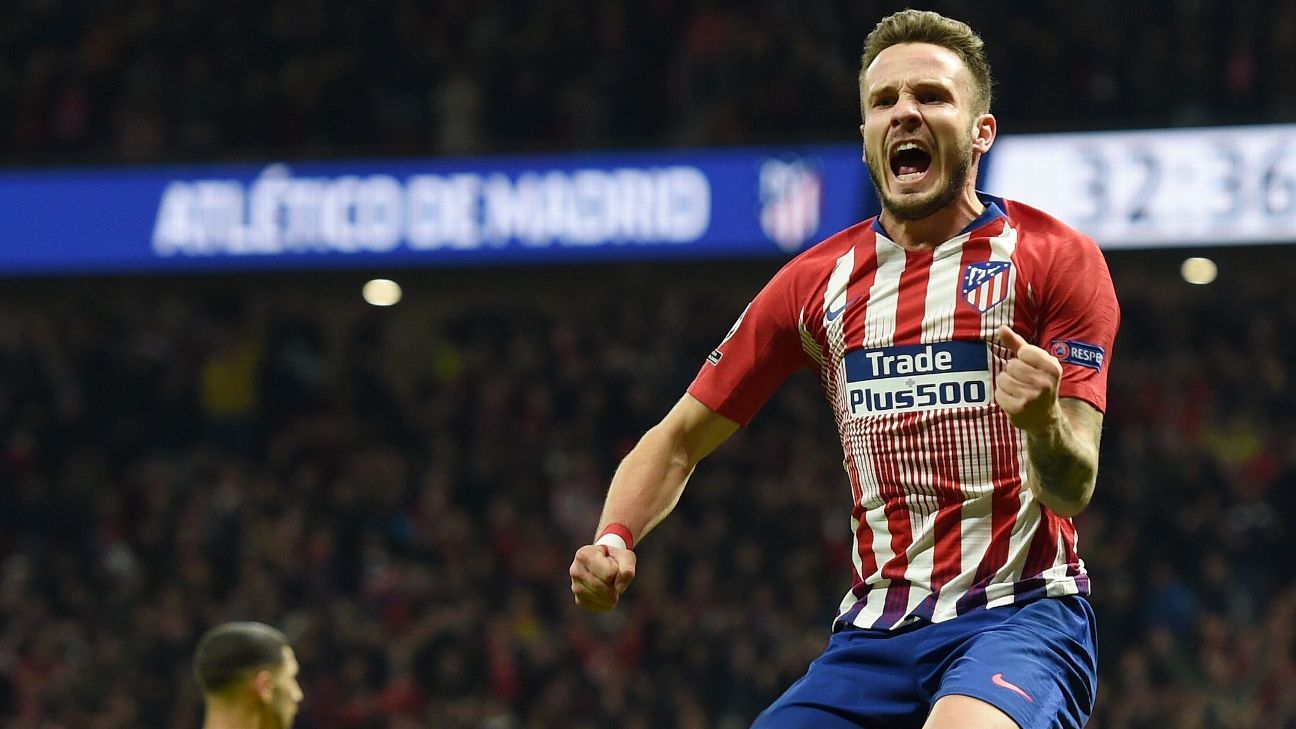 Manchester City are closing in on a summer deal for Saul Niguez after moving ahead of Barcelona in the race to sign the Atletico Madrid midfielder, sources have told ESPN FC.

City manager Pep Guardiola has identified Saul, 24, as a long term replacement for Fernandinho, having failed to beat Barcelona to the signing of first choice Frenkie de Jong from Ajax.

De Jong rejected interest from City and Paris Saint-German in January to sign a pre-contract agreement with Barca ahead of a summer move to Camp Nou.

Despite capturing the highly rated Netherlands international, Barcelona are also keen to sign Saul as they attempt to reduce the average age of Ernesto Valverde’s squad.

But sources have told ESPN FC that Barca have been made aware of City already making firm steps to seal a deal for Spain midfielder Saul.

Atletico’s elimination from the Champions League last week, suffering a 3-2 aggregate defeat against Juventus, has raised doubts over the futures of several key players at the Wanda Metropolitano. Sources said that Atletico will need to raise funds in the summer through player sales, prompting Barca to pursue Saul.

But with City spending almost two years searching for a replacement for Brazil international Fernandinho, who will be 34 in May, they are now set to win the race for Saul at the end of this season.

As well as missing out on De Jong, City have also seen previous targets Fred and Jorginho move elsewhere, to Manchester United and Chelsea respectively.