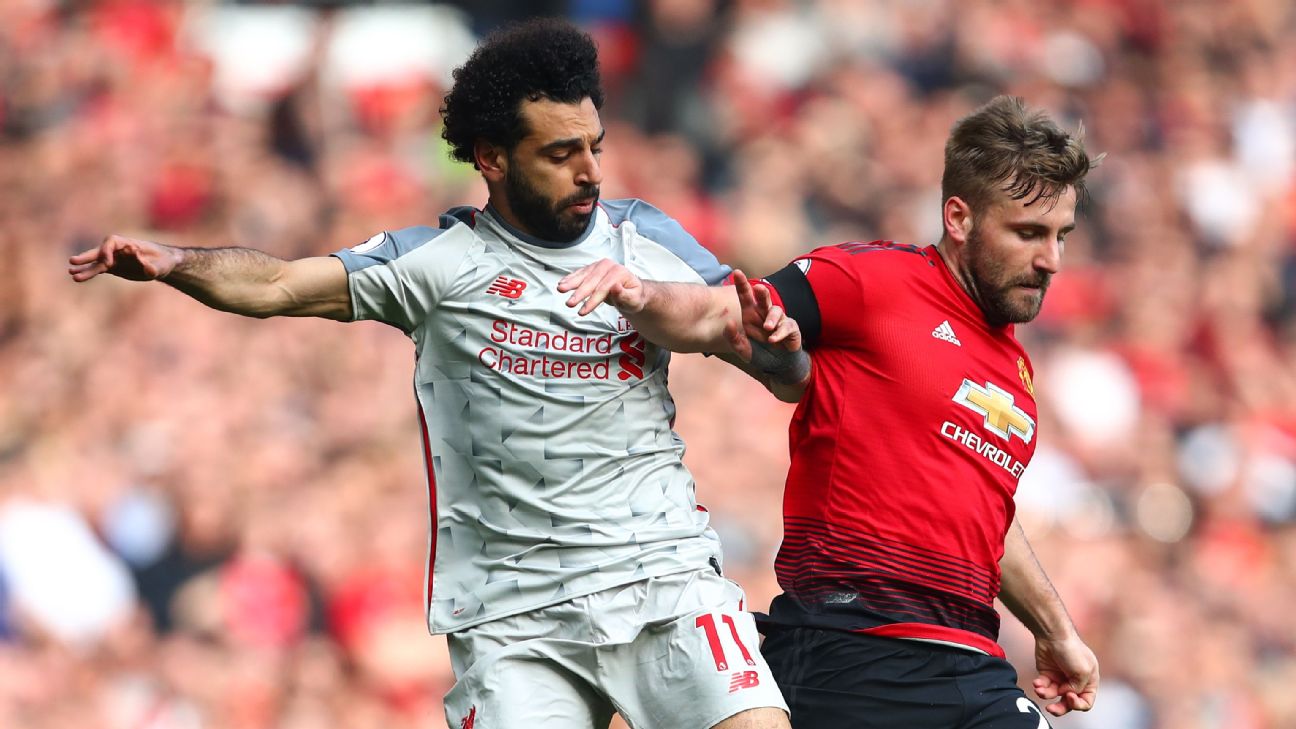 In a game of few chances, United’s defence came out on top despite conceding the majority of possession to the league leaders.

Goalkeepers David De Gea and Alisson barely had a save to make between them, although Liverpool’s Brazilian stopper was quick off his line to thwart Lingard following the game’s best move involving Andreas Pereira and Romelu Lukaku.

United had not kept a clean sheet at home in the Premier League since November but you would not have guessed that judging from the way they defended here. Liverpool’s front three of Mohamed Salah, Sadio Mane and Roberto Firmino — 44 goals between them this season — were kept quiet and David De Gea didn’t have a difficult save to make as the visitors mustered just one shot on target.

Solskjaer’s game plan was in tatters before half-time. Nemanja Matic was ruled out ahead of kick off after picking up an injury in training and before the half-time whistle blew, United had lost Herrera, Mata and Lingard — who had only just come on for Mata. It meant Solskjaer was forced into three substitutions inside the first 45 minutes and with games against Paris Saint-Germain and Arsenal to come in the next month, it was not ideal.

7 – Once the Norwegian was forced to make three substitutions in the first half there was very little he could do to change the game from the touchline. He tried to control Liverpool in the second half by using Lukaku and Alexis Sanchez as auxiliary wing-backs and it worked. Jurgen Klopp’s side had two thirds of the possession but created very little.

GK David De Gea, 7 — Caught by Sadio Mane in the first minute after a weak pass from Ashley Young but United defended so well be barely had anything else to do. Became the 15th goalkeeper to keep 100 Premier League clean sheets.

DF Ashley Young, 7 — Made an early mistake when his pass to De Gea was short forcing the goalkeeper to give away an indirect free kick in the penalty area. Gave the ball away occasionally but his delivery from set pieces was excellent.

DF Luke Shaw, 9 — He defended so well that Jurgen Klopp decided to substitute Salah with 10 minutes to go as Liverpool chased a goal. Fantastic performance from the left-back.

DF Victor Lindelof, 8 — Made a number of crucial clearances and won a lot in the air. Played a key role in United’s first home Premier League clean sheet since the 0-0 draw with Crystal Palace in November.

DF Chris Smalling, 8 — Picked ahead of Eric Bailly and repaid Solskjaer’s faith. He’s had a lot of good performances against Liverpool and this was another.

MF Scott McTominay, 7 — In for the injured Matic to start his first league game since December. Did well to stop Georginio Wijnaldum from getting a free header from a James Milner corner.

MF Ander Herrera, 6 — Took one for the team when he stepped across Joel Matip to give away a free kick and stop the Liverpool defender from charging into the box. Forced off with a hamstring injury inside the first 20 minutes.

MF Paul Pogba, 7 — Not the game for his tricks and flicks but he worked hard in an inexperienced midfield which included McTominay and Pereira for much of the game.

FW Juan Mata, 6 — Forced off just minutes after Herrera was after picking up a muscle injury. Last act was to hobble back to rob Salah of the ball on the edge of his own penalty area and stop a quick Liverpool break.

FW Marcus Rashford, 7 — Spent most of the first half recovering from an early kick on the ankle delivered by England teammate Jordan Henderson and spent the second half isolated up front as United dug in.

FW Romelu Lukaku, 6 — The Belgian played a lovely pass through to Lingard to create the best chance of the game and put in a shift on the right wing after half-time. Almost created the winner from Smalling with an excellent cross.

MF Andreas Pereira, 6 — Made one vital block to stop Henderson from crossing into the box from a dangerous position.

MF Jesse Lingard, 6 — Barely lasted 20 minutes before limping off but had one chance to round Alisson.