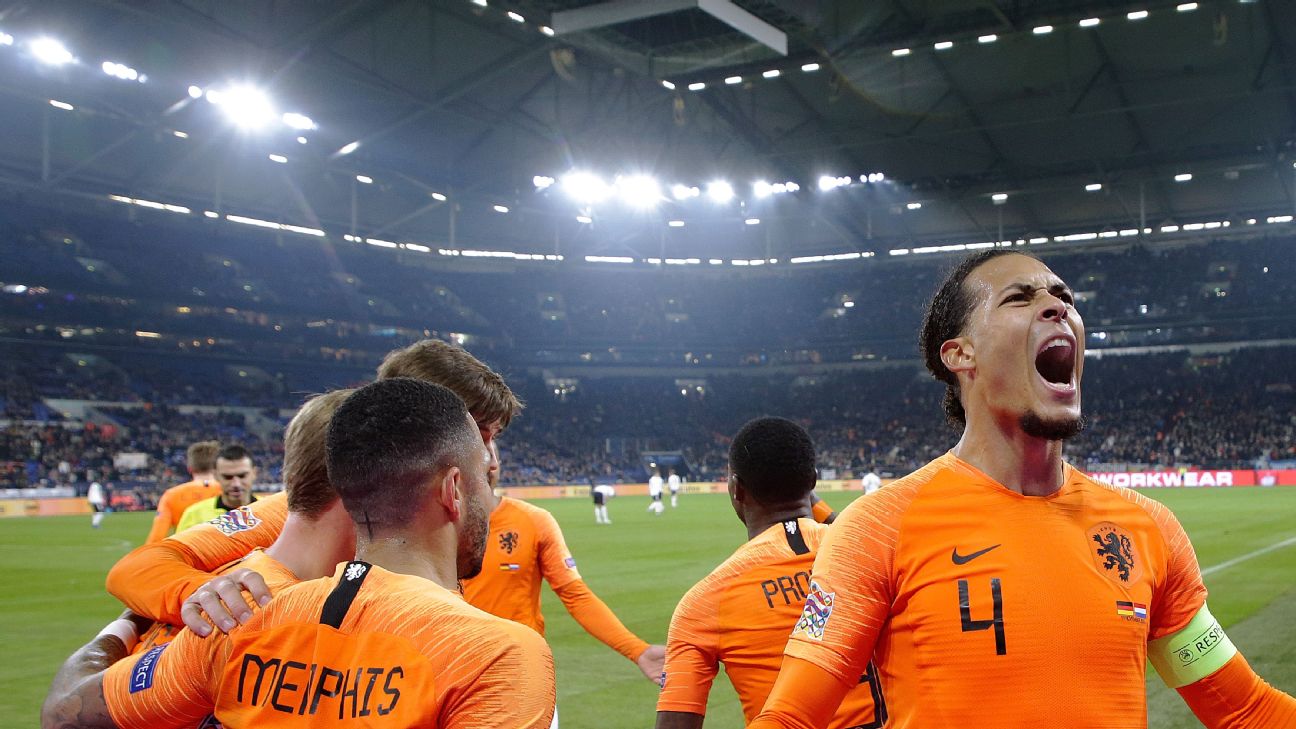 Netherlands will not be lulled into a false sense of security when they face struggling, new-look Germany in their Euro 2020 qualifier in Amsterdam on Sunday, captain Virgil van Dijk has said.

The Dutch beat the Germans 3-0 at home in October and scored two late goals to force a 2-2 draw in Gelsenkirchen a month later as they won a place in the Nations League finals.

Liverpool’s Van Dijk was among the scorers as Netherlands beat Belarus 4-0 in Rotterdam in their opening Group C qualifier on Thursday, a day after Germany drew 1-1 at home to Serbia in a warm-up international.

“It does look like the Germans are still in a building phase, but don’t forget that the Dutch side is also going through the same process,” Van Dijk said on the eve of the game at the Amsterdam Arena.

“The Germans still have fantastic players, even if they might be talking over there about a crisis.”

Van Dijk, referring to his team’s failure to reach the 2016 European Championship in France and last year’s World Cup in Russia, added: “We also had a spell like that where things did not go for us.

“That was not a good phase. But we must worry about ourselves and not Germany. I don’t think we are favourites, but that is up to you members of the media to decide.”

Netherlands, however, are in confident mood after Thursday’s comfortable victory.

“At times we played really good football — but it can, and it must be, a lot better on Sunday,” Van Dijk said. “There were times where we did not put enough pressure on them and were sloppy and lost the ball.

“Against Germany we can expect a completely different game, and we all realise that. We know what we are capable of.”