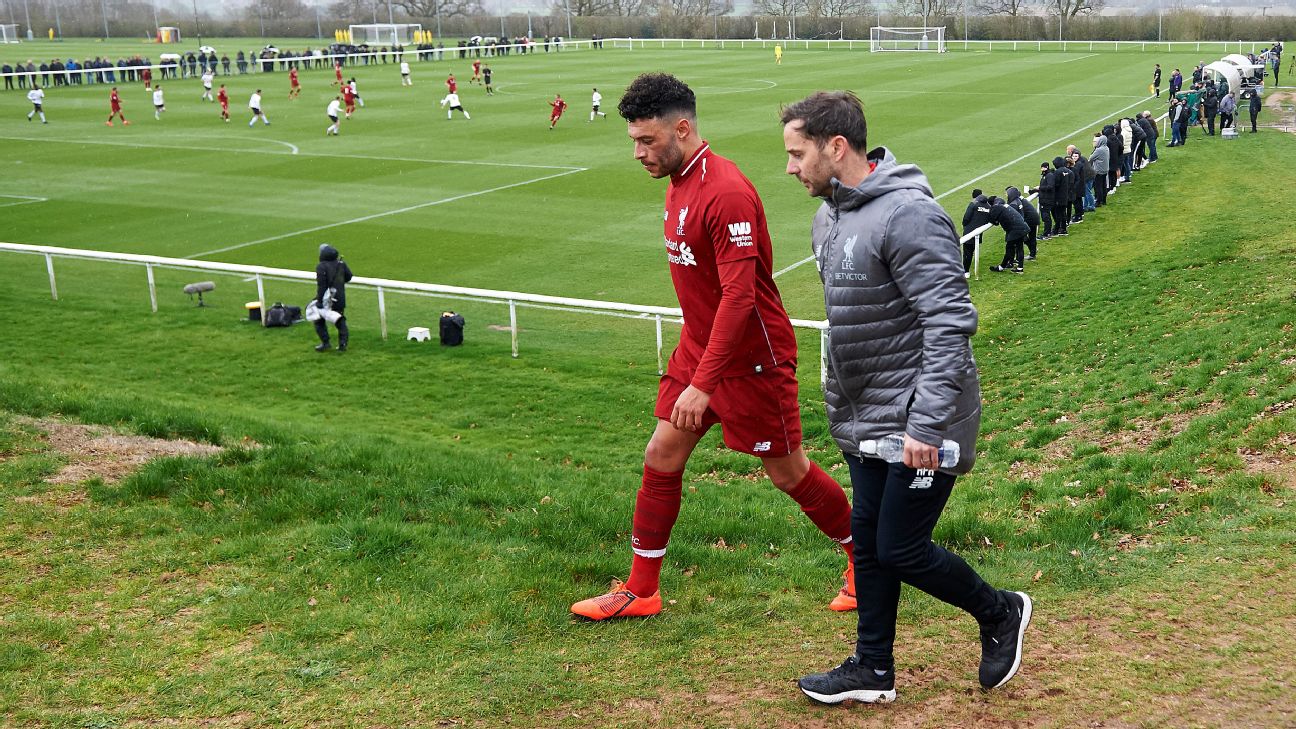 Liverpool midfielder Alex Oxlade-Chamberlain suffered a setback in his return from long-term injury when he pulled up with a muscle problem in an under-23 game on Friday.

The 25-year-old England international had surgery on a cruciate ligament injury in his right knee suffered in last season’s Champions League semifinal against AS Roma and missed the 2018 World Cup in Russia.

There were fears he would miss the entire 2018-19 season but Liverpool manager Jurgen Klopp said in December that Oxlade-Chamberlain was ahead of schedule and last month he was included in their Champions League squad for the knockout stages.

However, Oxlade-Chamberlain was taken off after 40 minutes of the match against Derby Under-23s on Friday as a precautionary measure and Liverpool issued a statement saying they would assess the muscle injury.

“He obviously had a bit of an issue but hopefully it’s nothing major,” said Liverpool under-23 coach Neil Critchley.

“The bonus for him is that it’s not his knee, so he’s delighted there are no problems with that.

“Hopefully it’s not as bad as it first looked. He was looking over [to the bench] and we weren’t sure. It’s maybe some kind of muscle problem and maybe one to assess tomorrow.”