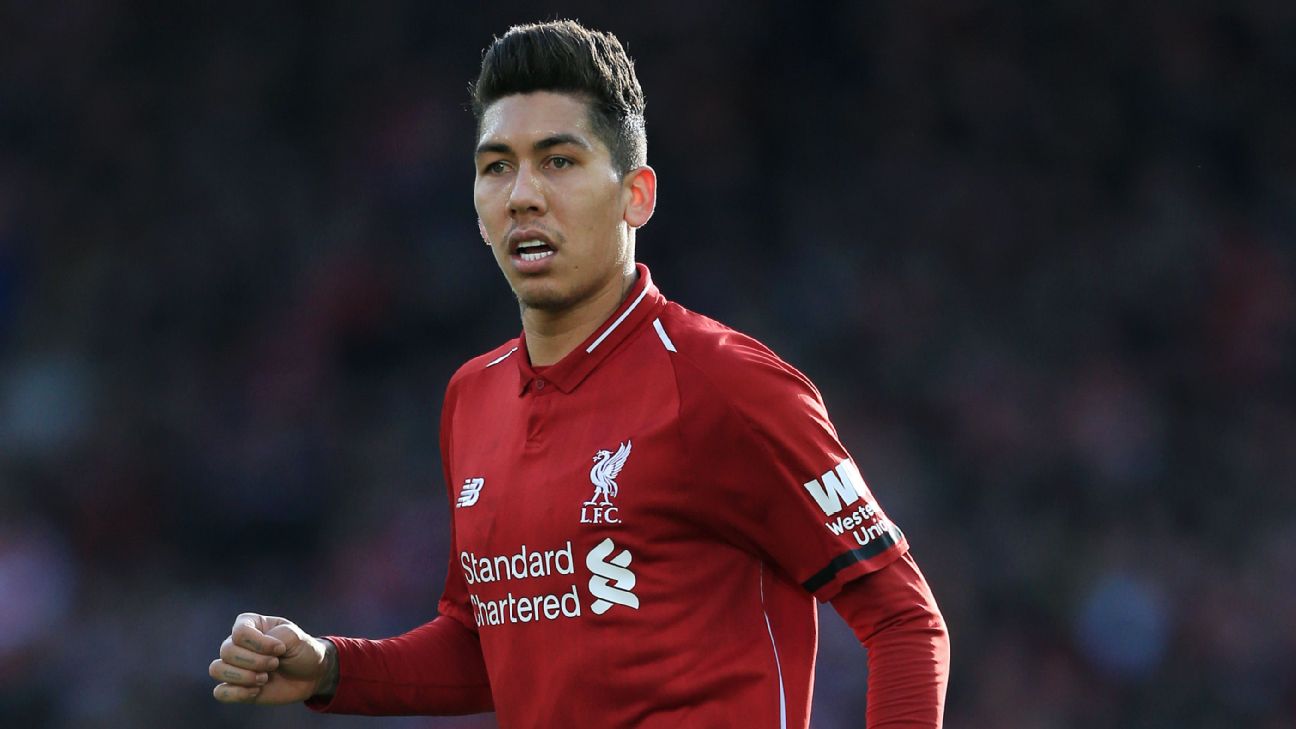 LIVERPOOL, England — Roberto Firmino and Dejan Lovren were both absent from training on Monday afternoon ahead of Liverpool’s Champions League round-of-16 tie with Bayern Munich.

A source has told ESPN FC that Firmino was absent from the session at Melwood due to a virus. The Brazil international has played in every single one of Liverpool’s matches this season, scoring 11 times in 34 appearances.

Lovren, meanwhile, has not featured for Jurgen Klopp’s side since injuring his hamstring in January.

Before training, Klopp told Liverpool’s website that he would have to “wait minute by minute” to see if there would be a chance for Lovren to feature against the Bundesliga champions at Anfield on Tuesday.

Should the Croatian miss out, the Liverpool manager would be forced to play a makeshift centre-half alongside Joel Matip, with Virgil van Dijk ruled out through suspension.

“If [Fabinho plays there] in the Champions League against Bayern Munich it’s not an easy job,” Klopp said at a news conference. “But we thought it makes sense we don’t leave our last row alone defending against Bayern, [so] it all depends how we defend in general. That’s it.

“There will be a lot of moments where we have to defend and we worked on that, we tried to work on that because we respect the quality of Bayern Munich a lot — speed, technique, experience, it’s all there what you need to be successful.

“We respect that and we try to make the best of the situation.”