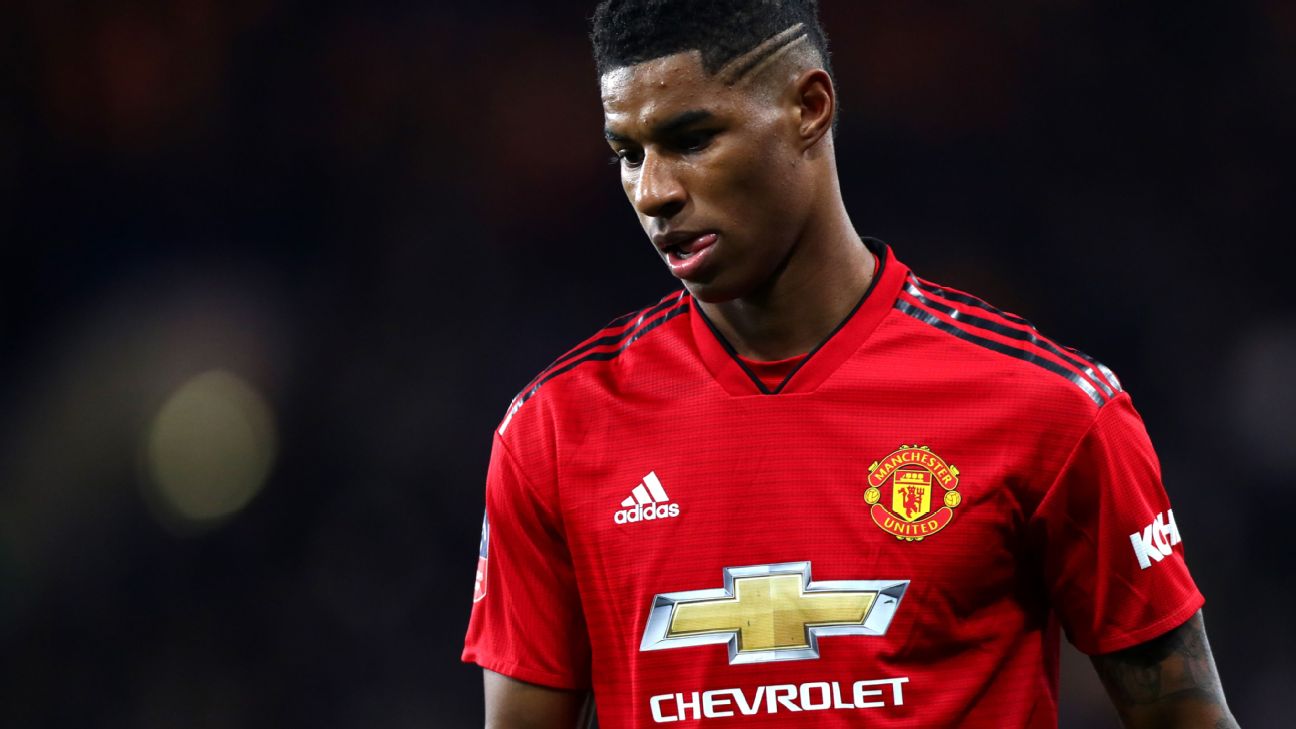 The transfer window for Europe’s biggest clubs is closed, but click here for all the deals and keep track of who has joined the big boys. Transfer Talk will continue to scour the world’s media and set correspondents loose to see what’s on the agenda for the summer.

TOP STORY: Barca about to make a Rash choice?

The words “Marcus Rashford” and “Barcelona” have appeared together in a few articles since the end of January and the rumour that the Spanish giants might splash to cash to bring the England star to the Nou Camp won’t go away. This time it’s Catalan newspaper Mundo Deportivo (via Metro) doing a spot of stirring, claiming that Barcelona are keeping an eye on the United forward with a view to snapping him up for a fee in excess of £87 million.

Rashford has been on fire since Ole Gunnar Solskjaer took over at Old Trafford, scoring seven in his past 10 Premier League appearances, but it’s not just his form that’s alerting Europe’s big guns. Making him more appealing is the fact he will have only 12 months remaining on his current deal if the summer arrives without him putting pen to paper on an extension at United.

The club is unlikely to let Rashford walk away without a fight and has been rumoured to be offering him a deal worth an eye-watering £180,000 a week until 2025. Good work if you can get it.

08.00 GMT: Arsenal coach Unai Emery remained coy on the future Mesut Ozil after his side’s 3-0 win over BATE Borisov on Thursday, that secured them a spot in Europa League’s round of16.

The match saw the return of Ozil to the starting XI for the first time since December. The midfielder has been on the outside looking in for Emery this season.

“My message to him is to carry on,” Emery said of Ozil’s performance. “To be available like today and the last two weeks. Today I am happy, and he was like we want. We’re going to play a lot of matches and sometimes we need him to be in the first XI. His combinations with some players were good. For us it was important and positive.”

The Spanish boss didn’t reveal whether Ozil had earned back a starting role or if the £350,000-a-week man will remain a role player.

“He needs to be available and carry on. He wants to do this and today he showed what he wants,” Emery said. “If he is available, like the last two weeks, we are going to play a lot of matches and maybe sometimes we need him in the starting XI and sometimes on the bench because we have a lot of players to also help us.

“His spirit like today is good and his quality and capacity and combination with some players is good, like with [Matteo Guendouzi] and [Henrikh Mkhitaryan] and [Alex Iwobi] in the attacking third. I think we need every player and today playing Mesut was important and positive.”

Could Nicolas Pepe soon find himself faced with deciding whether his future lies in North London or Barcelona? A big fat yes, according to Catalan-based Sport (via The Sun).

The Ivorian winger has been in scintillating form in Ligue 1 this season, scoring 17 goals and contributing 11 assists for the French side. Hardly surprising that Arsenal were one of a host of clubs lining up a bid for him in January. The Gunners were put off by an extortionate £72m price tag in the new year and the sight of Barcelona waving euros in his direction will hardly improve the mood at the Emirates as to his arrival.

There have also been reports linking Pepe with a switch to Bayern Munich too, which could potentially put Arsenal third in line. Unless Pepe has a soft spot for the Europa League, of course.

— Alfredo Morelos is banging them in for Rangers this season and boss Steven Gerrard has no intention of letting the Colombian go for anything lower than a king’s ransom. That’s according to the Daily Star, which reports that the former Liverpool ace has “laughed” at some of the bids that have flown in for Morelos in recent weeks. So what would Morelos’ value be? “It would be very expensive,” Gerrard said. No joke.

— Forzaitalianfootball.com reports that Diego Godin is on the brink of moving from Atletico Madrid to Inter Milan in time for the start of the next Serie A season. That’s according to Inter’s general director, Giuseppe Marotta. The Uruguayan centre-back’s contract expires in June and he currently looks unlikely to sign an extension. Inter are in position A when it comes to securing his signature.

“We are very advanced in our negotiations and it was good to see him score against Juventus but I won’t speak about the rest,” Marotta told Sky Sport Italia. “I do think that we can make the announcement official shortly.”

— Kalidou Koulibaly‘s agent has claimed that the central defender wouldn’t be averse to a move away from Napoli, despite doing his best to keep the peace in a love-in interview with Kiss Kiss Radio (via the Daily Star). The defender has been heavily linked with both Juventus and Manchester United in recent months, and Bruno Satin is clearly keeping an open mind while also trying to keep the peace with the locals.

“Koulibaly at Juventus? He’s very close to Napoli, the club and above all to the city,” he said. “I don’t think he would ever betray them to go to Juventus, but let’s not forget that they are professional players. If you have the chance to play on important stages, you listen, even if I repeat he is very close to Napoli.” Read into that what you may.