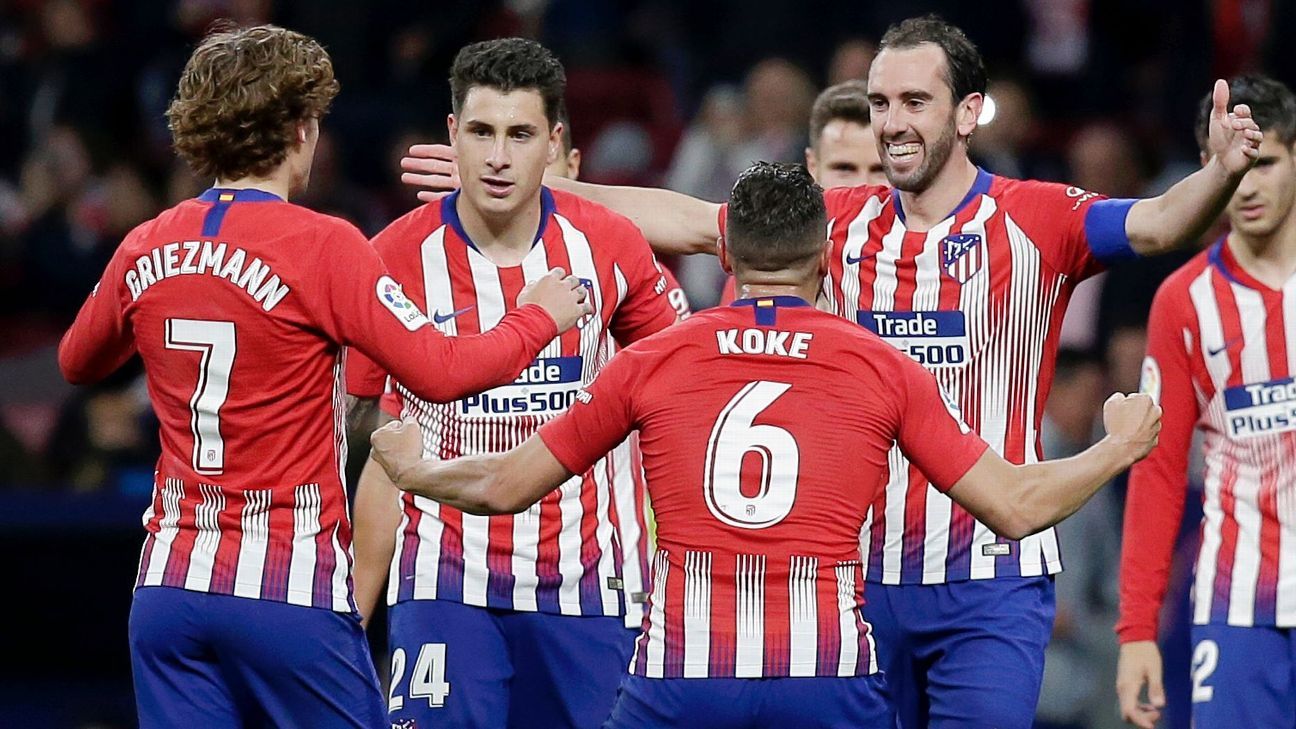 MADRID, April 2 (Reuters) – Atletico Madrid left it late to see off Girona 2-0 at home on Tuesday as strikes from Diego Godin and Antoine Griezmann kept up their faint hopes of catching La Liga leaders Barcelona.

Captain Godin finally broke the deadlock in the 76th minute with the help of the Video Assistant Referee (VAR) after the goal had been initially ruled out for offside against Griezmann.

The technology gave Atletico a lead they barely deserved and France striker Griezmann sealed victory deep in added time with a well-taken finish on the counter-attack, snapping a spell of seven games in all competitions without a goal for his club.

The narrow victory moved Atletico to 62 points, seven behind Barca, who can stretch their advantage to 10 with victory away to Villarreal later on Tuesday.

Barca host Atletico in a top-of-the-table showdown on Saturday, where a win for the Catalans could effectively end the title race. (Reporting by Richard Martin Editing by Toby Davis)