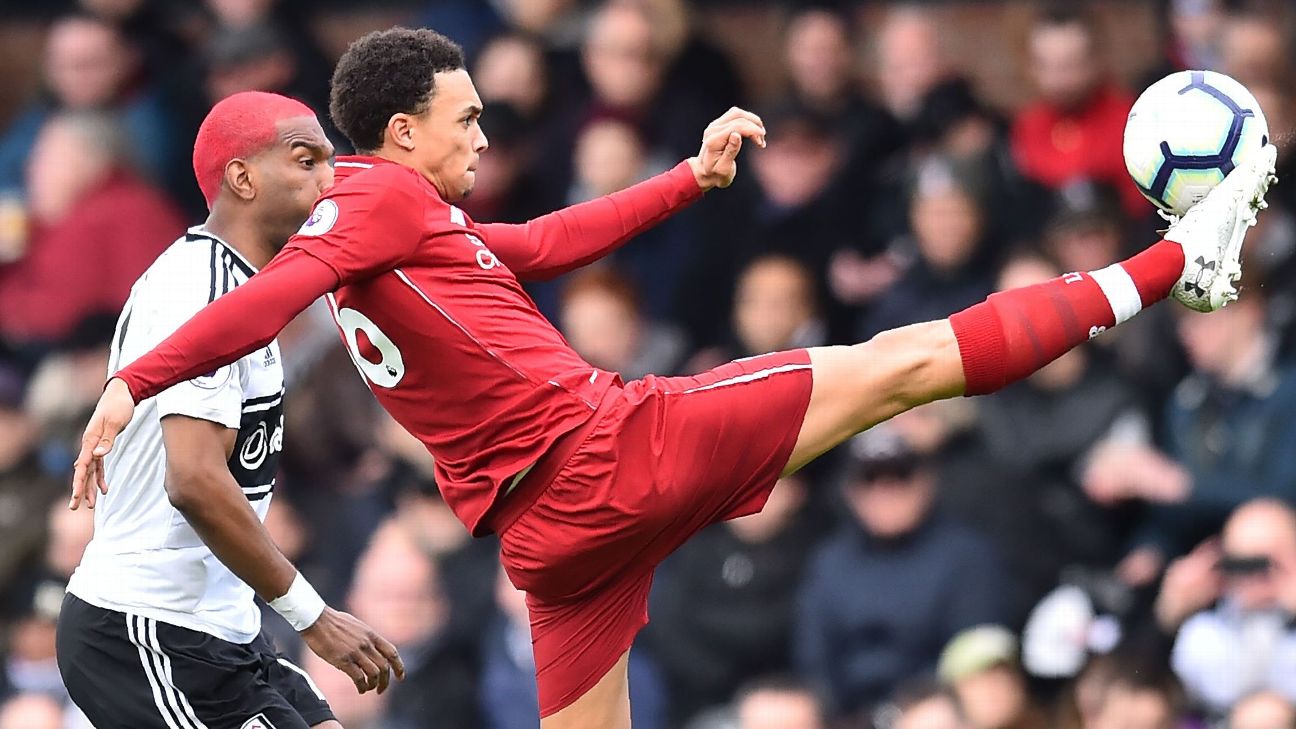 Liverpool boss Jurgen Klopp said Trent Alexander-Arnold and Xherdan Shaqiri are training with the first team again but did not give a timeframe on their return to action.

“Yesterday they were all in training, for all three pretty much the first full session, so we have to see how they react,” Klopp said at a news conference on Friday.

Alexander-Arnold has been hampered by a back injury, which forced him to withdraw from England duties during the international break. Shaqiri had suffered a groin injury that saw the Switzerland star remain at Melwood during the FIFA window.

“There was actually no alternative for Shaq and Trent, not being involved in the games in that period,” Klopp said. “Anything else would have been really crazy because they needed that, they needed treatment, needed rehab and all that stuff.

“Joe was back yesterday after 15 weeks, what a long time, but yesterday it looked really good. Of course, it’s early stages and he is really now adapting again to proper football training after having thousands of rehab sessions.

“They should all be OK, I heard nothing different this morning since I’ve been here, so they should be OK. They will train again today and then we will see.”

Liverpool are atop the Premier League table and host third-place Tottenham Hotspur at Anfield on Sunday.