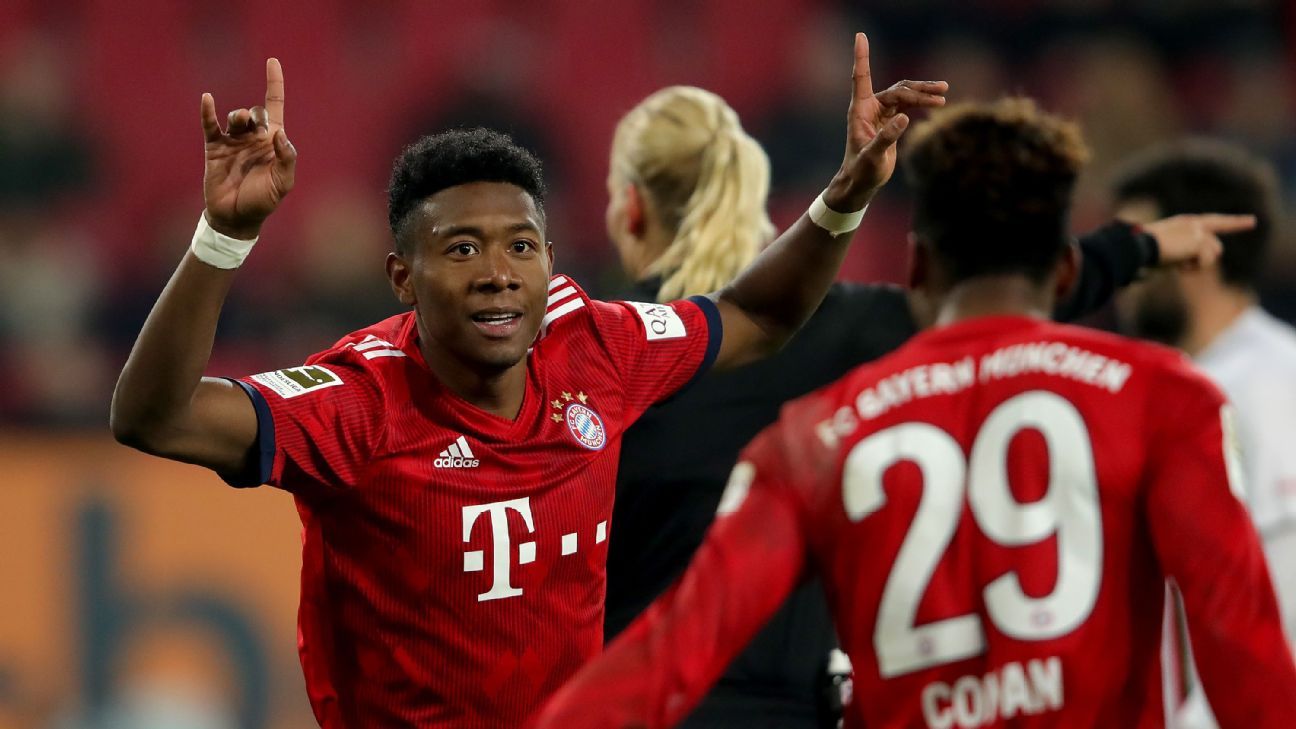 Champions Bayern Munich twice needed to come from a goal down to beat hosts Augsburg 3-2 on Friday courtesy of Kingsley Coman’s two goals, and cut the gap with leaders Borussia Dortmund to two points.

The Frenchman, however, was injured in the final stages of the game, turning his left ankle on which he previously had surgery. Coach Niko Kovac said of Coman’s injury: “It does not look good. We will know more tomorrow.

“It is disappointing because with him in the side we have a different dynamic.”

Bayern, who take on Liverpool in the Champions League round of 16 next week, were 1-0 down after only 13 seconds with a Leon Goretzka own goal, in what was the fastest Bundesliga goal for Augsburg.

Coman briefly restored order when he tapped in a Joshua Kimmich cross in the 17th minute.

Ji Dong-won netted in the 24th minute to give the hosts a 2-1 lead, marking the first time Augsburg had scored two goals against Bayern in a competitive game.

Robert Lewandowski, needing one goal to equal Claudio Pizarro’s 194 goals for the league’s all-time top foreign scorer, headed onto the crossbar, but it was again winger Coman who came to the rescue on the stroke of half-time to level once more.

Bayern’s comeback was complete when David Alaba fired in from a tight angle in the 53rd before Coman almost got a hat trick, with his 73rd minute header tipped onto the bar by Augsburg keeper Gregor Kobel.

However, Bayern have now conceded goals in the six matches they have contested in all competitions this year, even though keeper Manuel Neuer returned on Friday after his injury absence.

“We want to keep a clean sheet again,” Neuer said. “Liverpool are an attacking team. We have to be better positioned against them.”

The Bavarians are in second place on 48 points with Dortmund, on 50, away to bottom club Nuremberg on Monday.