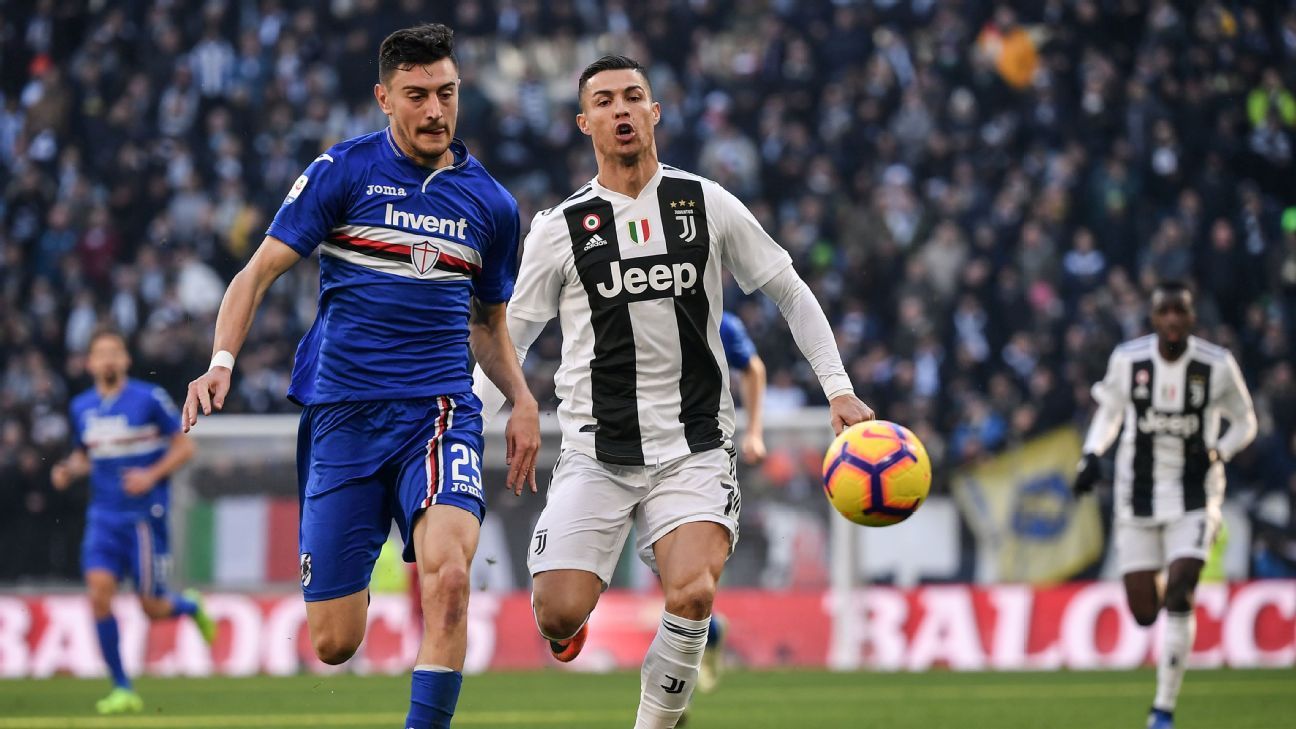 Juventus coach Massimiliano Allegri has backed Napoli’s insistence that they will walk off the field of play the next time any of their players are subjected to racial insults, saying that nothing has changed following a summit on the issue earlier this week.

Napoli made it clear they will take matters into their own hands if the referee does not stop games in future if there is a repeat of the abuse suffered by Kalidou Koulibaly in the 1-0 defeat to Inter Milan on Boxing Day.

This stance contrasts with the comments by Italy’s interior minister Matteo Salvini on Monday, who said suspending games would cause more harm than good.

That came after hours of consultation with the Italian FA, Lega Serie A, clubs and fan representatives, but Allegri believes it was all just hot air.

“What’s new? Nothing,” he said at a news conference ahead of his side’s Coppa Italia clash with Bologna. “They’ve just said something to fill their mouths. There are things that can be done in stadiums to ensure people respect the rules.

“If I’m not wrong, the guy who threw a banana at  [Raheem] Sterling is no longer allowed into the stadium. In Italy, we’ve got a problem and that is people are scared of taking decisions. What if there’s a penalty and then you start hearing monkey chants — what do we do?

“In Italy, we’re world champions at this — rather than taking decisions, people just spout out a load of rubbish when it would be better not to say anything at all and take action.”

Allegri also said that Cristiano Ronaldo will make his Coppa Italia debut despite having been ordered to send a DNA sample to Las Vegas police as part of an investigation into alleged rape.

“It’s a personal issue and I’m here to talk about football,” Allegri said. “These have been four very challenging months and now we’ve got to work hard on playing the potentially 36 games we’ve got left as well as we can, but Cristiano’s serene and relaxed, and I’m basing my judgement on that. For the rest, it’s not up to me to talk about private matters.”

Resting Ronaldo, as Allegri did for only one game during the first half of the season  — in which he came off the bench to salvage a 2-2 draw at Atalanta — is not likely, even for a Coppa Italia clash which the Bianconeri will be expected to win.

“So far, he’s not been on international duty this season and so the six games he missed for Portugal, he’s played for us,” Allegri said. “He’s played pretty much the same number of games he played last season.”

Ronaldo scored twice against Sampdoria before the winter break, to lead the Serie A scoring chart with 14 goals. He has also scored once for the Turin giants in the Champions League.

Las Vegas police said in a statement that an official request has been submitted to Italian authorities for a DNA sample from the player. Police spokeswoman Laura Meltzer said the request involved a warrant.

The Italian justice ministry, Turin police and the U.S. embassy in Rome had no immediate comment.

After the Bologna game, Ronaldo and Juventus are scheduled to travel to Saudi Arabia for the Italian Super Cup against AC Milan.

Ronaldo’s strike partner Mario Mandzukic — who has scored nine goals this season — has been sidelined with a thigh problem that could also rule the Croatian World Cup runner-up out of next week’s Italian Super Cup.

Juventus midfielder Rodrigo Bentancur warned it was important to set the tone for Wednesday’s game in Jeddah where they want to lift their first trophy of the season.

“We’re focused on Bologna but then straight after that we’ll need to think about the match against AC Milan and the Super Cup, which is the first target we need to reach,” said the Uruguayan.

Juventus — the record 13-time Italian Cup winners — last year became the first Italian team to complete the double for four years in a row, beating AC Milan 4-0 in the final.

Former five-time winners AC Milan are away to Sampdoria, who last won the Cup 25 years ago.