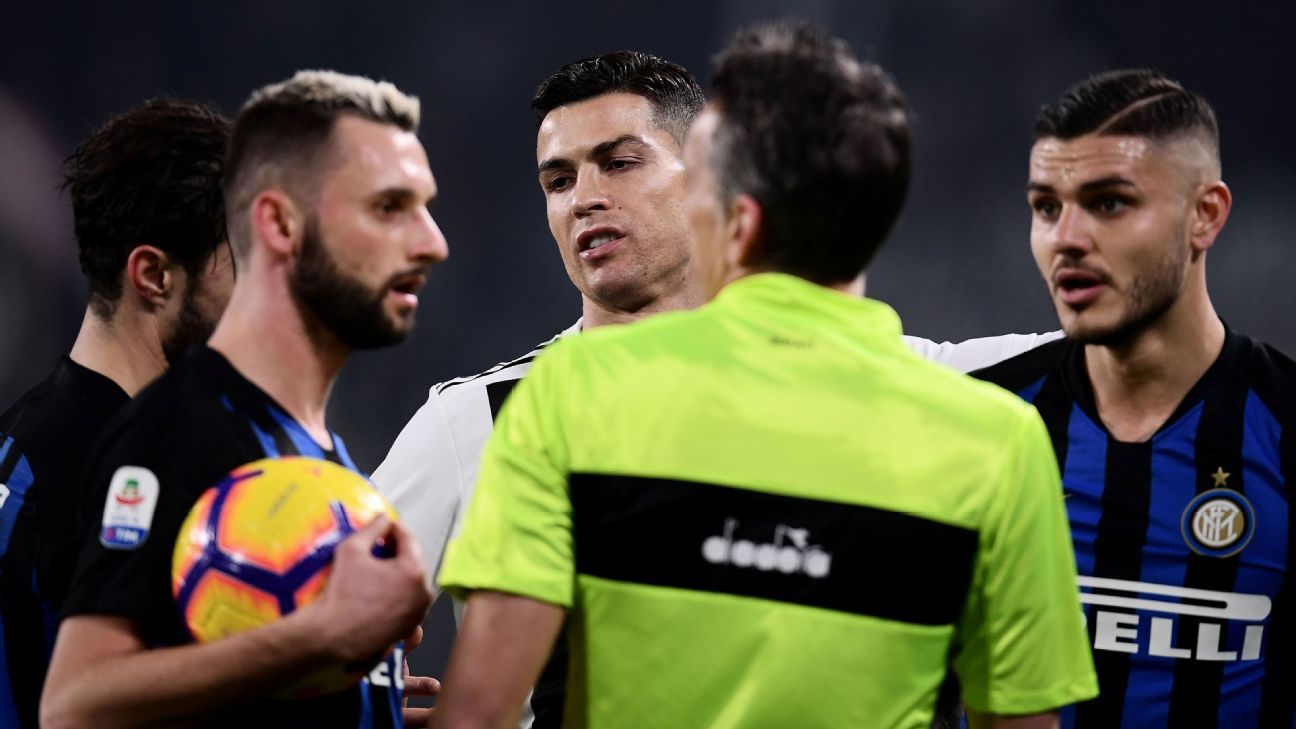 Mario Mandzukic scored the game’s only goal as Juventus beat Inter Milan 1-0 in the Derby d’Italia on Friday night to extend their lead in the Serie A table.

Inter had the better of the opening half-hour, with Roberto Gagliardini getting free in the Juventus area on 30 minutes only to see his point-blank shot tipped away from goal and off the post by Wojciech Szczesny.

Juve sprang to life after the Szczesny, with Cristiano Ronaldo forcing Samir Handanovic into action in the Inter goal, before Giorgio Chiellini headed high and wide from a corner kick in a goalless first half.

Blaise Matuidi nearly gifted Inter a goal at the start of the second half, but Matteo Politano somehow missed from close range after the France international’s bad giveaway in his own area.

The hosts would find their opener shortly after the hour-mark, when Mandzukic outmuscled Kwadwo Asamoah at the back post and powered a diving header past Handanovic from a lovely Joao Cancelo cross to make it 1-0.

Inter poured forward in search of an equaliser, but Chiellini and the Juve defence were too good as they held on for the win to extend the lead in the table to 14 over the Bianconeri and 11 over second-placed Napoli, who play Frosinone on Saturday.