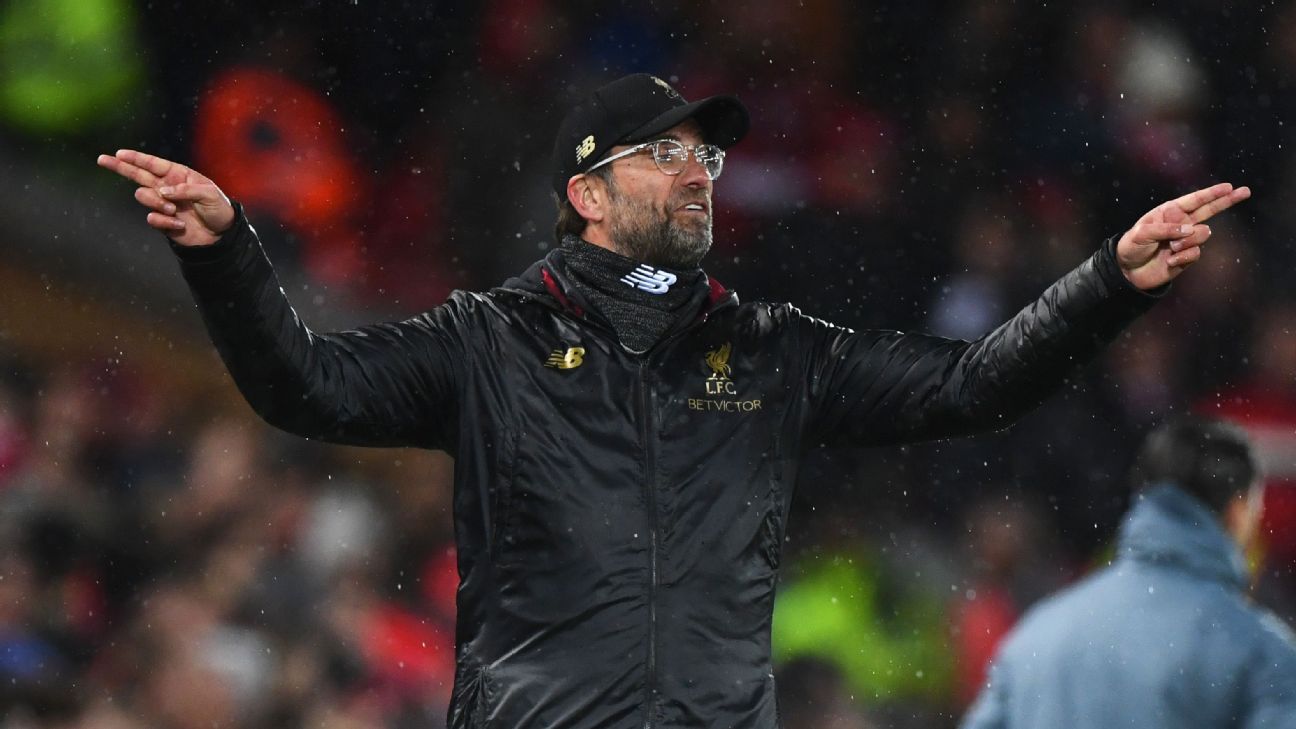 LIVERPOOL, England — Jurgen Klopp accepts that Bayern Munich will be the team most satisfied after Liverpool were held to a goalless draw in the opener of the Champions League last-16 tie.

Progression to the quarterfinals of Europe’s premier club competition will be determined on March 13 when the second leg is held at the Allianz Arena.

Liverpool wasted a number of good opportunities in front of goal on Tuesday night to leave the tie evenly poised at the halfway stage.

“It is not the result or the game we dreamed of,” Klopp said at his postmatch news conference. “It was an intense one, you saw the respect both teams have for each other.

“How it is in situations like this, I am pretty sure that Bayern in this moment feels a bit better than we do.

“But we have three weeks and day by day the result will feel a bit better for us and a bit worse for Bayern because it’s a 0-0 and it’s the best draw you can get.

“It will be a tough one again to play at Bayern if you need a result. If we win tonight 1-0, what would have changed really? Then a 0-0 over there would have been enough or if we draw 1-1, but that’s now enough as well. So not perfect, but good enough.”

Despite an even share of possession, Liverpool’s two shots on target were the only ones recorded in the entire match.

Klopp, though, was disappointed with Liverpool’s final ball and felt sloppiness limited the amount of times his side could open Bayern up.

“Our problem tonight was on one hand the quality of the opponent and, on the other hand, our last pass was not our friend,” he said.

“That caused us two problems. One, we didn’t create a chance and the other, we gave them the ball and they had a counterattack, which made the game even more intense.”

For his part, Bayern boss Niko Kovac shared his views on the draw by lauding his team’s discipline.

“It is half full, half empty, I can’t remember that many clubs have not lost and not conceded at Anfield, they are a sensationally good team,” said the Croatian.

“My team in defence and as a whole kept everything tight at the back and played at a high level, tactically and mentally. We didn’t score but we didn’t let one in.

“We are at home now, it is an advantage and we will play in front of 75,000. We know if we concede, we have to win. At this level, very small differences can decide everything so we will wait and see.”

“I am the last person to start celebrating. We are modest, focused and have to give 100 percent in the next game,” added Kovac.

Meanwhile, both Klopp and Kovac said their lengthy exchange at the full-time whistle was due to a misunderstanding of pleasantries at the end of a match.

“I wanted to shake his hand immediately, Niko’s hand, and then he went into the crowd of his players,” Klopp said. “I thought he shakes the whole [of] Bayern. Then when he came back, I said, ‘I’m waiting here…’

“And then he apologised and I said no problem. It’s not a problem. That’s how it was.”

Kovac added: “That was funny. Here we’re on English soil. In Germany it’s normal when a game ends that you shake hands with your players and in England it is that first the coaches shake hands.”