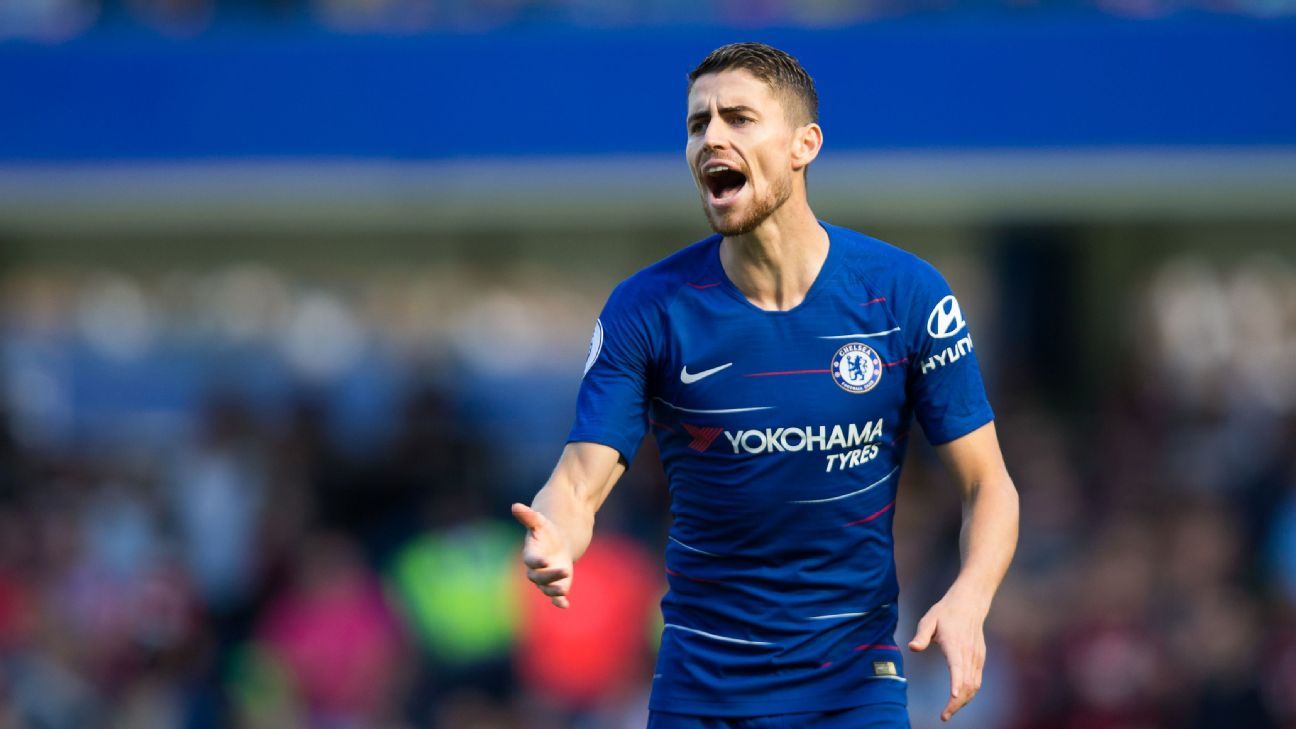 LONDON — Defeats to Tottenham and Wolves have dimmed the glow around Maurizio Sarri’s start to life at Chelsea, but in reality, his team’s first three months were more of a surprise than their recent setbacks. Sarri had been Chelsea’s head coach for just five days when he was forced to take a depleted squad, absent a host of big names headlined by Eden Hazard and N’Golo Kante due to World Cup commitments, almost 9,000 miles to Western Australia to play a preseason friendly against Perth Glory.

No one inside the club expected Sarri to quickly transform a team that had come to be defined by, and then grown weary of, a more pragmatic “idea of football” under Antonio Conte. Yet when Chelsea returned to Europe after a week of tactical sessions in the Australian sun and one glorified training game, they were already well-versed in the basic principles of a radically different system.

That is testament to Sarri’s ability as a coach but also to the impact of the man pictured arm in arm with the Italian when Chelsea announced his appointment. Jorginho’s simultaneous arrival from Napoli for around £53 million marked him as the symbol of “Sarriball” from day one, but his qualities as a player and a person are what have gained the revolution such traction.

Jorginho on the pitch has become a familiar sight, setting Chelsea’s tempo in possession from the base of midfield and directing their collective pressing out of it. One of Sarri’s first tactical sessions consisted of giving the ball to his midfield orchestrator and instructing the rest of the team to break at speed, taking no longer than 10 seconds to get the ball from his feet into the net.

It takes a certain type of character to succeed as an outsider in such a prominent position in a new dressing room, tasked with barking out orders to a group of experienced players who have won together and convincing them of a new coach’s vision, without provoking resentment or resistance. Yet Jorginho’s success on this front was immediate and effortless, and when you talk to his teammates, you begin to understand why.

“Jorginho has a great personality — that’s why he fits well,” David Luiz tells ESPN FC. “He shows his mentality on the pitch. He’s a leader already, and it’s because of his personality, not just because he knows the philosophy of Maurizio.”

Those at Cobham speak of Jorginho — or “Jorgy,” as his teammates have taken to calling him — as a happy, humble character with a mischievous streak reminiscent of Diego Costa, albeit without the taste for carnage. His grasp of English is not yet where he would like it to be, but his background — born and raised in Brazil but brought to Italy at the age of 15 — makes him an ideal mediator between the coaching staff and his teammates.

He certainly arrived already fluent in the tactical language of Sarri, referring constantly to the “distances” between the lines when Chelsea are without the ball, while his similar cultural heritage and jovial personality quickly endeared him to Luiz, the biggest and most popular character in the squad.

“He’s Brazilian — it doesn’t matter if he plays for Italy now, he’s Brazilian — and he has a great family, so we’re always together off the pitch as well,” the defender adds with a smile.

It also helps to be football’s most prolific, metronomic midfield passer since Xavi in his Barcelona prime. Jorginho led all major European leagues in passes per game in each of his three seasons under Sarri at Napoli, and he’s on track to finish top of the pile again this season.

In fact, since Opta began tracking such statistics in 2009-10, he is one of only three midfielders not coached by Pep Guardiola (Marco Verratti and Thiago Motta being the other two) to combine an average of more than 90 passes per game with a pass accuracy of 90 percent or above for an entire campaign in a major European league. (Xavi did it twice at Barcelona, and Xabi Alonso and Thiago Alcantara achieved the feat at Bayern Munich.)

Jorginho could have been coached by Guardiola this season, of course, and the way his decision to spurn City in favour of accompanying Sarri to Chelsea played out remains a sore spot for the Premier League champions. Given his singular skill set and swift adaptation to English football, it’s frightening to think that they might be even better had he made a different choice.

Equally pertinent is the question of whether Sarri could have made such a distinctive mark on this Chelsea team without the midfield hub of his Napoli side. He insists that Cesc Fabregas is the only other player in the squad equipped to operate as a playmaking pivot, but the Spaniard has been open about the fact that he has not played so far from the opposition goal since childhood.

No player’s adaptation has been more drastic than that of Kante. Operating higher up the pitch in a more possession-focused team, the Frenchman’s tackles and interceptions have plummeted from 3.3 and 2.5 per game last season to 1.8 and 1.3 respectively, while he’s averaging more shots (1) and key passes (1.2) per game than ever.

The defensive viability of any back four shielded by Jorginho remains a key question for Sarri, and one that will be raised again if Manchester City slice through Chelsea with ease at Stamford Bridge on Saturday. Last month’s sight of Son Heung-Min leaving the Italy international in the dust on his way to scoring Tottenham’s third goal is a lingering, unflattering memory.

Opponents have also figured out the importance of nullifying Jorginho. Some, like Newcastle and West Ham, sat deep and allowed him to rack up record numbers in unthreatening areas; others, like Everton and Tottenham, successfully marked him out of the game, forcing Chelsea to play through other, less dangerous, passers. Whatever destructive strategy is employed, Chelsea’s effectiveness in countering it will probably define their season. Last month, Fabregas pointed out that a player in Jorginho’s position is the easiest for an opponent to man-mark since he can’t go wandering around the pitch in search of space and the ball.

Sarri has faced such problems before and has shown that he will not compromise. If those around him can’t relieve the pressure on Jorginho, Chelsea will have no choice but to find their head coach some players who can.

“It’s up to us,” Luiz concludes. “Every game has different plans and some of the [opponents] try to stop some players. Sometimes it’s Jorginho, sometimes it’s Eden [Hazard], sometimes it’s someone else. It depends on the game and the plan, but Jorginho’s a quality player so he knows to play with the ball and without the ball. It’s up to us to find a solution.”