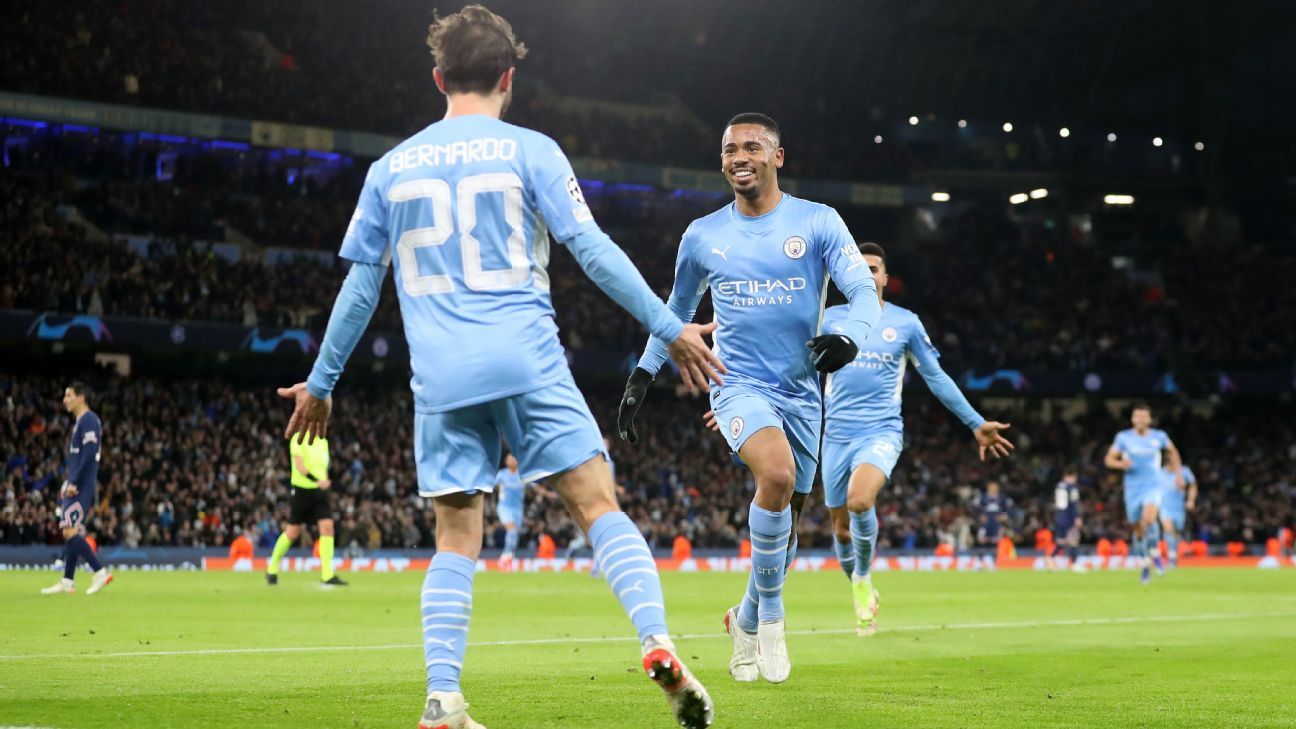 Striker Gabriel Jesus scored a late winner as Manchester City came from behind to beat Paris Saint-Germain 2-1 in the Champions League on Wednesday, with both sides advancing through to the last 16 of the competition.

Kylian Mbappe continued his impressive form in front of goal when opened the scoring at the Etihad Stadium on 50 minutes, but goals from winger Raheem Sterling and Jesus were enough to claim a comeback victory for City, who secured top spot in Group A with one match to play.

Despite Wednesday’s result, PSG have secured a place in the knockout rounds after Club Brugge suffered a heavy loss to the already-eliminated RB Leipzig.

City, who were without Kevin De Bruyne due the midfielder testing positive for COVID-19, enjoyed the better of the chances in the first half. PSG defender Presnel Kimpembe came to his side’s rescue early on, clearing the ball off the line from a Rodri header at the back post. The hosts went close again just after half-hour mark when Ilkay Gundogan hit the woodwork after the ball dropped to him on the edge of the box.

PSG broke the deadlock early in the second half as Mbappe sat unmarked at the far post when he received a superb cut back from Lionel Messi, slotting it home between the legs of goalkeeper Ederson.

However, Pep Guardiola’s side hit back soon after. Sterling poked in an equalizer at the far post on 62 minutes following a period of sustained pressure.

Neymar went close to grabbing a winner shortly after when he missed the target from inside the 18-yard box, but it was Jesus that turned hero on Wednesday, using one touch to score from a delicate Bernardo Silva layoff as City avenged their 2-0 defeat in the reverse fixture in Paris earlier in the competition.