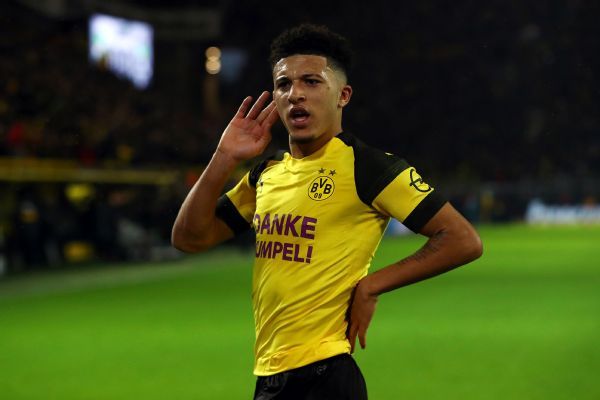 Borussia Dortmund edged second-placed Borussia Monchengladbach 2-1 in the Bundesliga on Friday to bounce back from their first league loss in midweek and restore a nine-point lead at the top of the table going into the winter break.

Goals from teenager Jadon Sancho and captain Marco Reus gave Dortmund, who were stunned 2-1 by promoted Fortuna Duesseldorf on Tuesday, victory in the top-of-the-table battle and lifted them to 42 points from 17 games.

Gladbach, who equalised on the stroke of halftime, are second on 33 points but could slip to third if champions Bayern Munich, also on 33, earn a point or more at Eintracht Frankfurt on Saturday.

Dortmund got off to a furious start with Reus and Paco Alcacer, who have 23 league goals between them, posing a constant threat.

Reus had the best chance when a lightning quick passing move left the Gladbach defence completely exposed, but his shot was blocked by goalkeeper Yann Sommer.

Bundesliga leading scorer Alcacer had to be taken off injured after half an hour, but England international Sancho scored from the tightest of angles after another quick Dortmund break in the 42nd minute.

The 18-year-old has now scored six goals and set up another seven in a sparkling season so far.

Dortmund’s lead was shortlived, however, with Christoph Kramer scoring on his comeback after six weeks out injured in first-half stoppage time with the visitors first real chance.

Reus grabbed Dortmund’s winner in the 54th after yet another quick break and a superbly-timed cutback from Mario Goetze, who also had a hand in the first, for his 11th goal of the campaign.