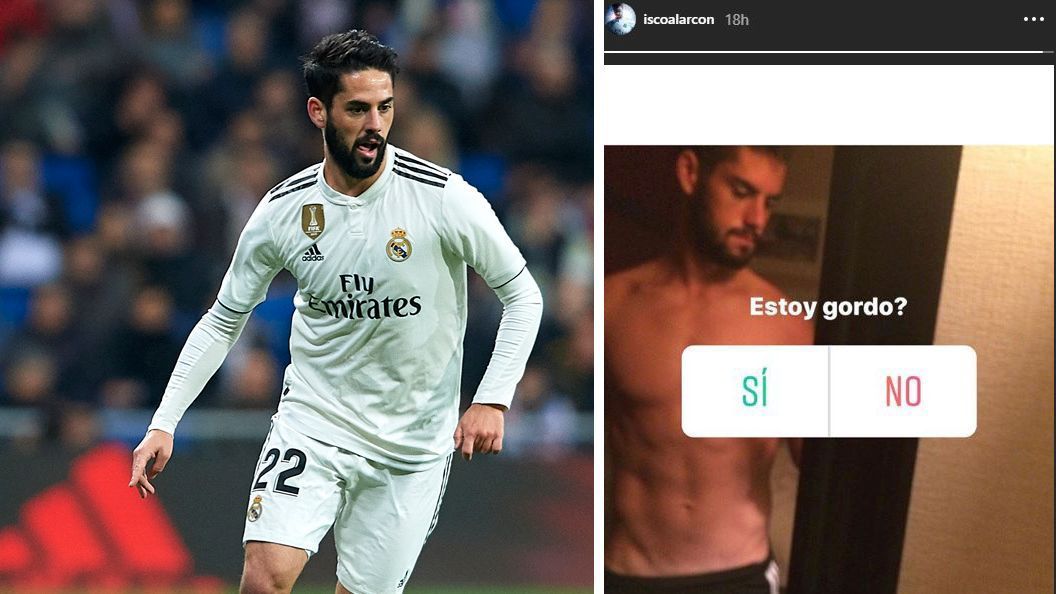 Tired of criticism that his lack of playing time at Real Madrid is down to poor fitness, Isco has conducted his own poll on Instagram asking followers to decide whether he is fat or not.

The Spain international has seen his minutes reduced drastically since Santiago Solari took over at the Bernabeu on Oct. 29, following the sacking of Julen Lopetegui.

Isco hasn’t started in any of Solari’s seven games in charge and the midfielder, a key player under Lopetegui at Madrid and in his national team, only featured for 10 minutes in Saturday’s 2-0 league win over Valencia.

Isco recently posted an ad promoting his new cologne “Hero Sports” — billed as “a fragrance for the modern man,” naturally — only for one follower to reply: “Forget about fragrances and get back in shape.”

Fed up with speculation that he is overweight, the 26-year-old posted on his Instagram story a photograph that he took in front of a mirror showing his torso with a simple yes or no question: “Am I fat?”

The former Valencia and Malaga player looks in fine fettle by any reasonable standard but, at the time of writing, “No” was narrowly winning the poll with 55 percent of the vote. Not quite the emphatic vote of confidence Isco was hoping his abs would get.