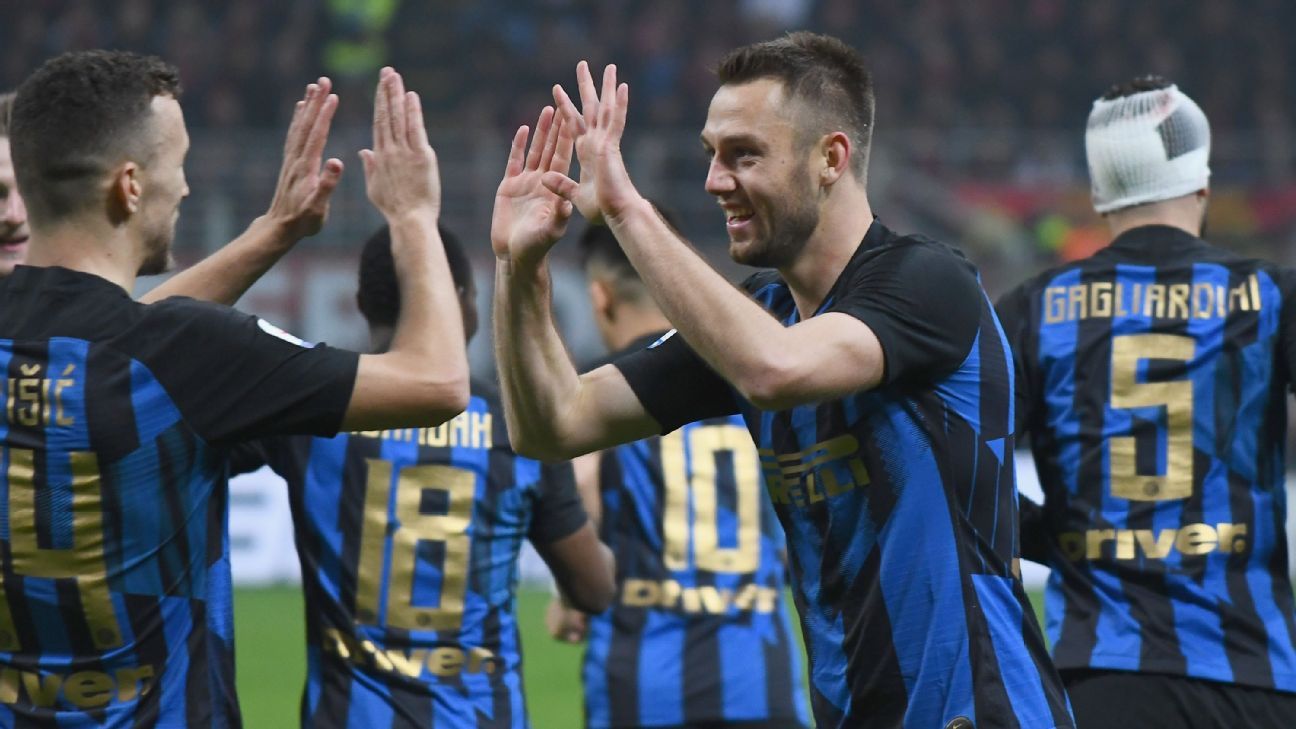 Inter Milan moved to third place in Serie A with a 3-2 victory over AC Milan in a scintillating Derby della Madonnina on Sunday.

The result ended Milan’s run of 10 straight league matches without a defeat and stopped Inter’s slide of two games without a win on an entertaining night at the San Siro.

Matias Vecino got the Nerazzurri off to a perfect start just three minutes in when he fired home from close range after a pull-back header from Lautaro Martínez found him unmarked inside the six-yard box.

Martínez again gave Inter a two-goal cushion after 67 minutes — the Argentina international converting from the spot after Samu Castillejo clipped Matteo Politano in the box.

An undeterred Milan took just four minutes to answer, however, with defender Mateo Musacchio bundling home from close range after a corner to set up a tense finish.

VAR overturned a red card on substitute Andrea Conti after a reckless challenge on Martinez in the 88th minute but Milan could not find the equaliser they need despite six minutes of stoppage time being added on.

The win gives Inter 53 points from 28 matches — seven points behind second-placed Napoli — while Milan remain on 51.