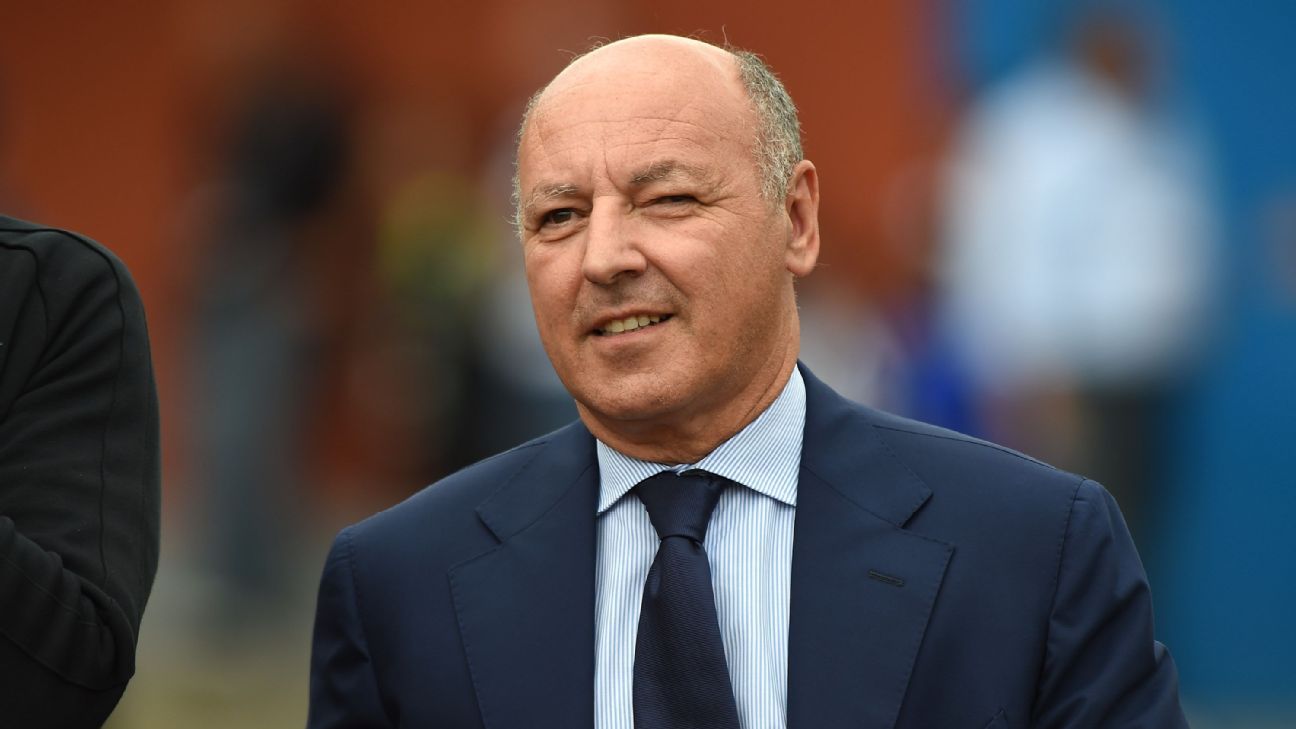 Beppe Marotta has been appointed Inter Milan’s new general manager less than two months after being forced out of a similar role with Juventus.

Marotta, 61, is widely regarded as the architect of Juve’s recent successes and Inter will be hoping for a similar turnaround in their fortunes after beating off competition for the services of one of Italian football’s highest rated staff members.

“From today, I will be part of this great Inter, which is something I am really proud about — to fulfil such an important role, being the general manager for the sporting aspects,” he said.

“It’s certainly an important experience and chapter in my professional life, full of great responsibility, although this certainly doesn’t frighten me as we are at the start of an important path, and it has to be a winning one.”

After eight years at Sampdoria, whom he helped reach a playoff for the Champions League, Marotta moved to the Bianconeri in 2010.

Astute signings, such as Andrea Pirlo, Paul Pogba and Kingsley Coman on free transfers and Arturo Vidal and Carlos Tevez for cut-price deals, contributed to Juve winning seven straight Serie A titles after they finished seventh at the end of his first year in Turin.

Since Marotta joined Juventus as general manager in 2010, the club enjoyed one of the best spells in their history, winning the Serie A title in each of the past seven seasons as well as clinching four straight Coppa Italias and reaching two Champions League finals in four years.

Marotta was also behind the arrivals of Sami Khedira, Fernando Llorente and Emre Can, all also on free transfers, although last summer’s signing of Cristiano Ronaldo was credited more to the work of Juve’s sporting director Fabio Paratici, who has since assumed Marotta’s duties following a shake-up in October which Marotta says was not his decision.

“The club is carrying out an extensive renewal,” Marotta said in announcing his surprise departure. “My mandate as chief executive comes to an end on Oct. 25 and the list of board members, which will be presented on Monday, will not contain my name.”

At the time, Marotta ruled out an immediate return as president of the Italian Football Association, while he has also been linked with a move to Manchester United.