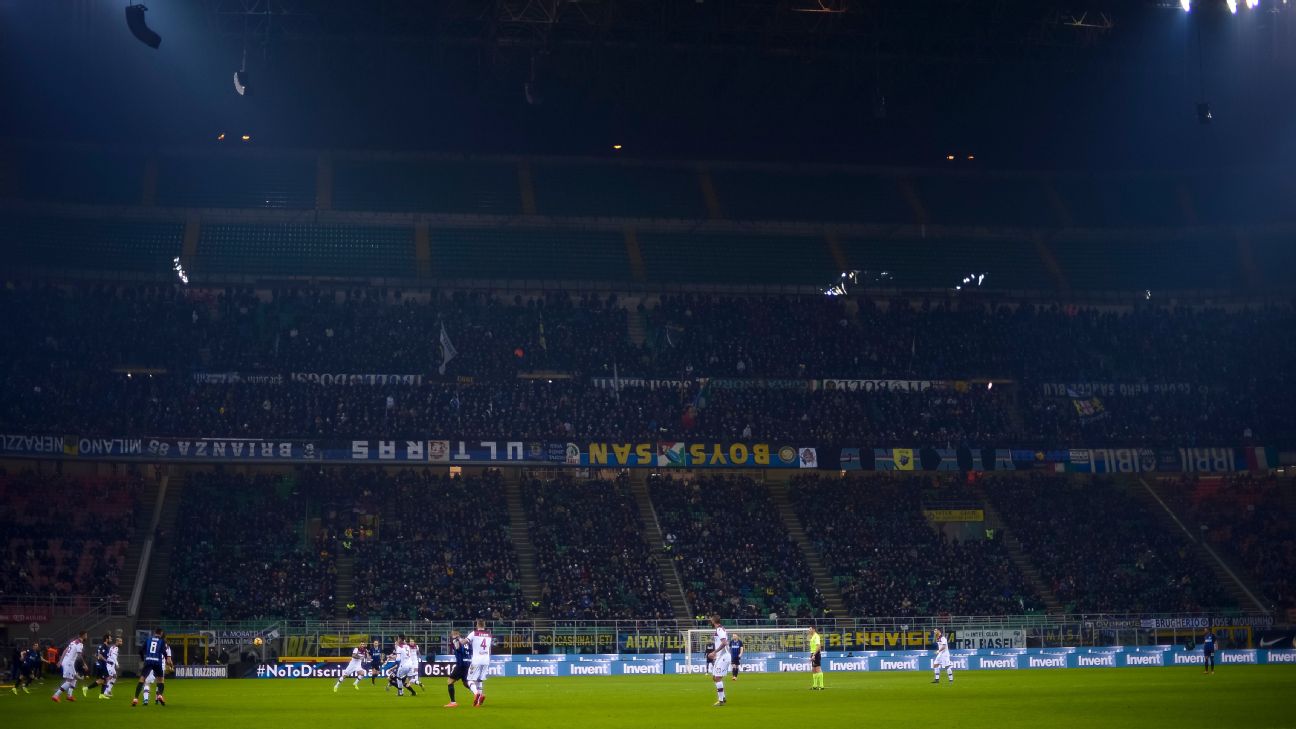 Inter Milan have been handed a suspended sentence of having one of their stands closed for a match after fans were again found guilty of racist chanting in their 3-2 win against AC Milan.

Serie A said in a statement that “a significant percent” of supporters in the stand in question were heard racially abusing AC Milan midfielder Franck Kessie during Sunday’s derby victory, in the seventh and 39th minutes of the first half.

The sentence will be suspended for a year but will be added onto any additional punishment if Inter’s fans commit more racist abuse during that period.

It is the second time this season that Inter has been sanctioned for racial abuse.

Inter was forced to play two games in an empty stadium in January after a Dec. 26 game at San Siro was marred by racist chants aimed at Napoli defender Kalidou Koulibaly.