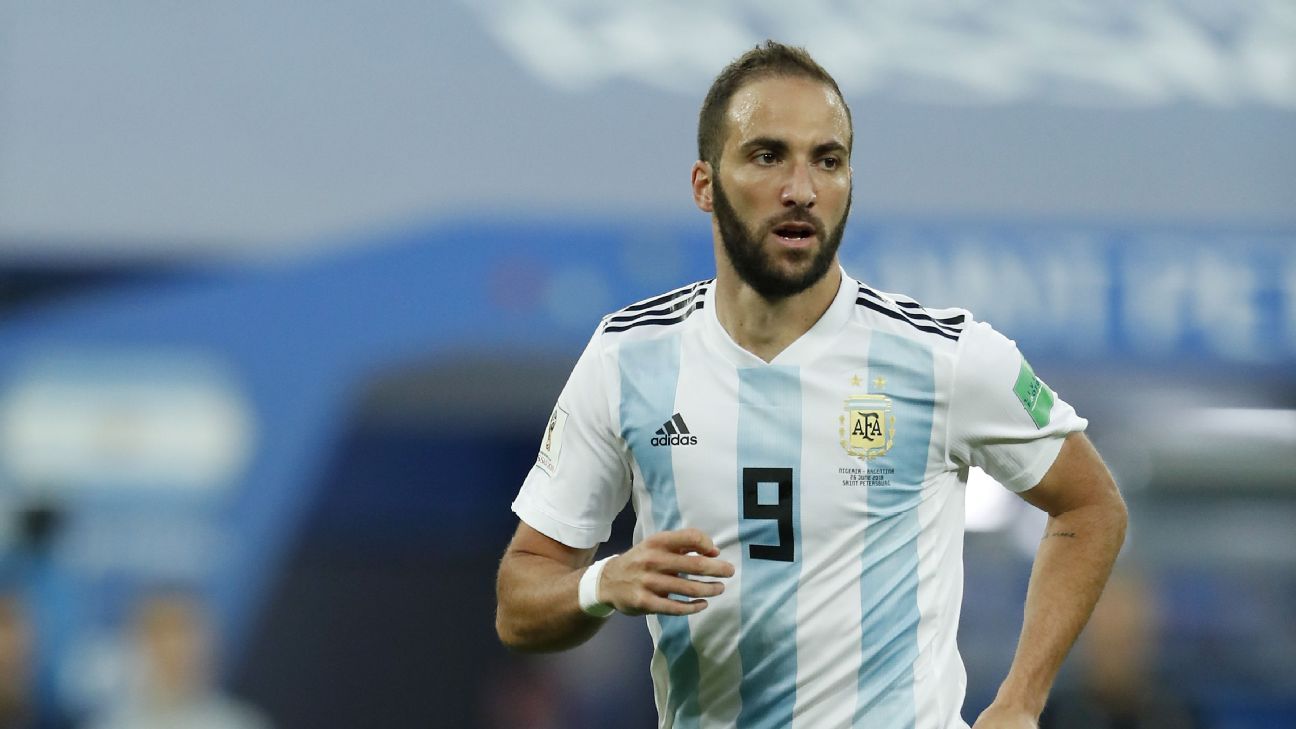 Gonzalo Higuain said that his “time is up” with the Argentina national team after having not been called to duty this past international break.

“I think that it is over, thinking things through in depth, my time is up,” Higuain told Fox Sports on Thursday. “I want to enjoy my family, and my time. To the joy of many, and maybe not so much for others, my time is up.

“You can now stop worrying about whether I am there or not.”

The Chelsea striker has 75 appearances for the Albiceleste with 31 goals. He played in the finals of the 2014 World Cup, the 2015 Copa America, and the 2016 Copa America Centenario — all losses.

His last appearance was in the 2-1 win over Nigeria in the 2018 World Cup. Argentina lost to Venezuela and beat Morocco during the most recent FIFA window.

The ex-Real Madrid and Juventus man seemingly lashed out at those who have criticised Argentina’s failure to win a major title since the 1993 Copa America.

“We have been called failures for making three straight finals and not winning them, one of those a World Cup,” he added. “For me failing is something else, but now let them take care of the new players, a lot of people enjoy criticising more than supporting.

Higuain, who has scored three goals in 10 appearances since joining Chelsea on loan from Juventus in January, added: “I’m fully focused on my commitment to Chelsea. The Premier League is amazing and I really want to enjoy it. It’s very competitive indeed.”