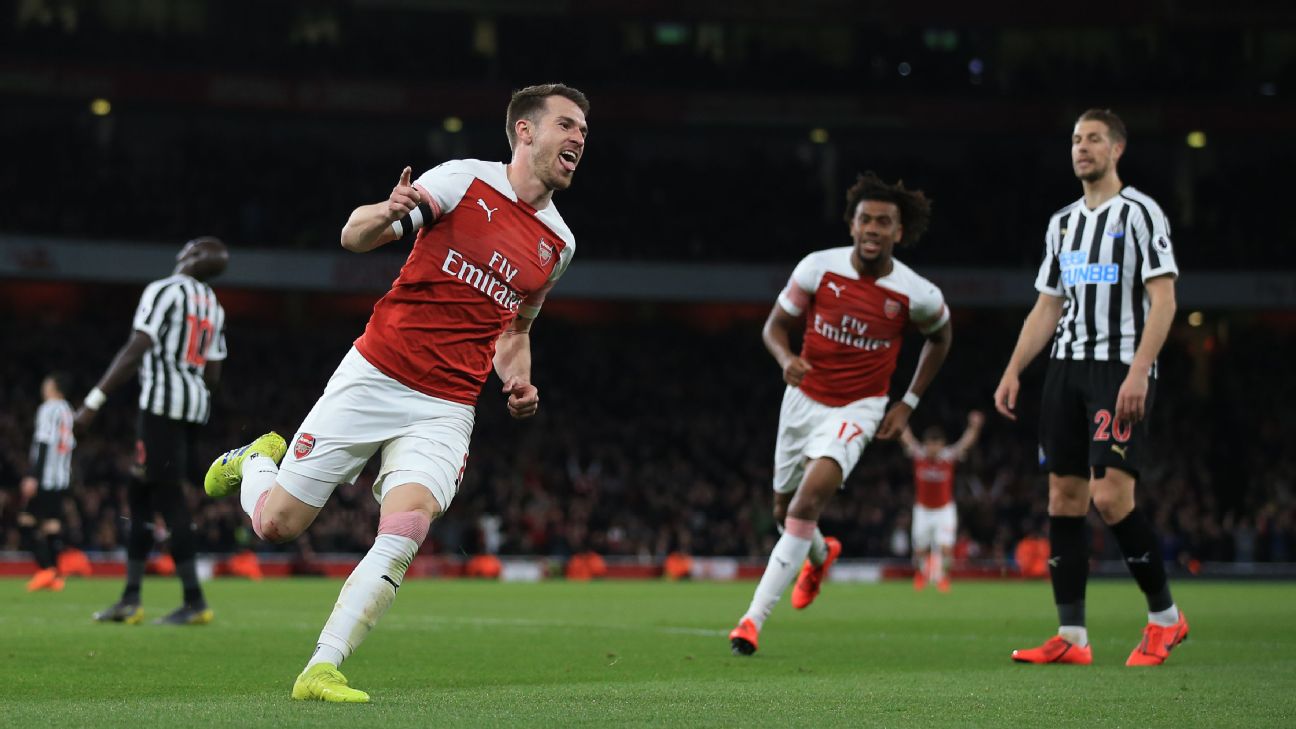 LONDON — With about 20 minutes left of Arsenal’s 2-0 win over Newcastle on Monday, Shkodran Mustafi collected the ball on the right wing and, with two forwards in the box to aim for, lined up his cross, carefully pulled his foot back and shanked the ball high into the North Bank.

Mustafi, a high-wire footballer who always introduces an element of peril into Arsenal games with the knowledge that a buffoonish error is always just around the corner, must have braced himself for the home crowd’s response. He had produced a few of those brain-addled mistakes earlier, almost donating goals to the away side, and the game at that point was not yet safe; those Gooners present might have been within their rights to let rip.

But instead of opprobrium from the stands came applause and encouragement, seemingly all of the home fans near Mustafi getting to their feet and clapping the effort. It might be only a small thing, but it was a neat encapsulation of the atmosphere around Arsenal at the moment. Not ecstatically happy, but no longer empty and frustrated, either. There is a sense that this might be the start of something, even if the end is still a long way off.

They’re not singing, “We’ve got our Arsenal back,” as they were in that 22-game unbeaten run that stretched from August to December and featured an extraordinary 11 consecutive victories. Those were heady days under a new manager; they’re more realistic now, but still hopeful.

If this was a relationship, the early weeks of Unai Emery’s tenure were all romantic late dinners and flowers and cuddles. Now, things are getting more serious, but while they’re not where they want to be just yet, life seems more contented: They’re saving for a house and hoping for a more secure future together.

And they hope with good reason, too. The three points Monday not only took Arsenal above Tottenham and Manchester United and into third place for the first time this season, but also meant they have equalled last season’s points total with seven games to spare. The last team to beat them at home in the league was Manchester City, in August. This was their 10th home win in a row. They were 10 points behind Spurs only a few weeks ago.

Beating Newcastle at home isn’t exactly cause for dancing in the street, but it was the controlled nature of the performance that provided encouragement. In his postmatch news conference, as usual Emery didn’t exactly pour out his heart and soul, but did offer some hints that he was happy with how his first season is progressing.

He suggested that his first target of creating a strong mentality within the squad and improving the relationship with the fans had been achieved. Then he spoke about being able to switch formations, to trust various different players with different jobs, to gain some sort of consistency in their away form; these are things that would suggest he is broadly satisfied that solid foundations have been laid, and is trying to build from there.

“We are improving,” Emery said. “We’re third but we know it’s going to be difficult. When we were the last in the table [after losing the first two games of the season], I was positive. Now, I am positive the same amount. It’s easier than when we were last, but it will be demanding [to finish in the top four].”

Things aren’t perfect, obviously. Far from it. It feels like a cruel joke every time Aaron Ramsey plays for Arsenal, his impending free transfer to Juventus a consequence of the confused and botched revamping of their decision-making structure. Ramsey showed just how much he will be missed with a display of his best qualities against Newcastle, brilliant movement for a goal that wasn’t allowed and a laser-precise finish for one that was.

Replacing him is a task Arsenal could do without, considering the side has so many holes in it anyway, but replace him they will have to do, and with what sounds like a limited budget. Arsenal will have to get very smart, very quickly in the summer transfer market.

The season has, to say the least, featured several spells when things didn’t look so bright. Between the middle of December and February they lost seven out of 14, which included elimination from both domestic cup competitions and being vapourised by Liverpool in the league.

And then of course there’s the knowledge that this term’s job is far from done. Five of their final seven games are away from home, even if the run-in does look reasonably friendly. This is still a team with a calamity in it, as they displayed with defeats to West Ham and Rennes in the past couple of months. It’s still a team with significant flaws.

Despite all of that, it’s difficult to realistically imagine how Emery could be doing a better job, given the circumstances. Fixing Arsenal after the club was allowed to drift into disrepair was always going to take longer than a season, but the process is on track, and everyone seems to realise that, too.

After all, only fans who suspect the good times are on their way back would be so forgiving to Mustafi.