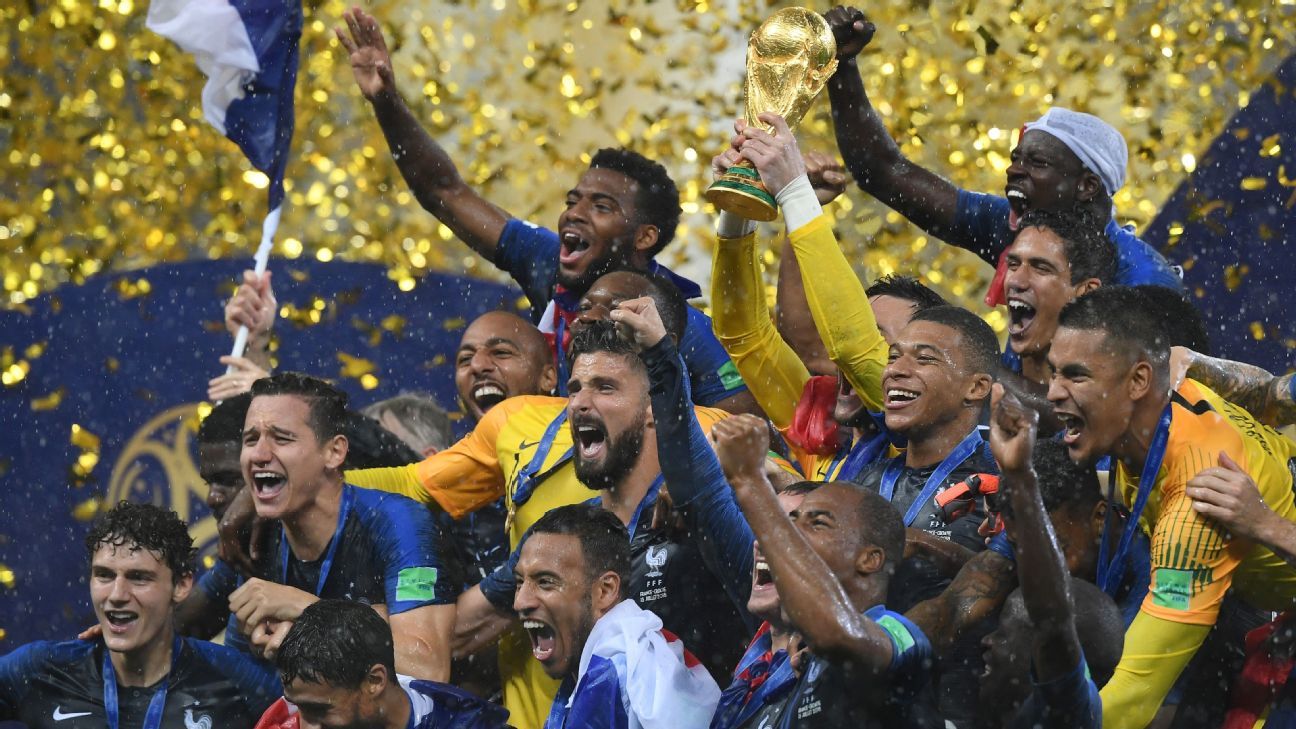 The Legion d’honneur is the highest French order of merit for military and civil merits, but exceptions have been made in the past for the 1998 World Cup-winning squad, as well as Michel Platini.

In an official communication on Tuesday, it was confirmed that “this special promotion distinguishes the French national team players, football World Cup winners in 2018, as well as their coaching staff.”

While no date has been set for the players to receive their awards, figures such as Kylian Mbappe, Antoine Griezmann and Paul Pogba, as well as their teammates and coaches, will join the class of ’98 in being recognised.

Coach Didier Deschamps was part of the 1998 World Cup-winning squad as a player and has repeated the feat as a coach, so he will pass from the title of Knight to Officer.

Platini was given the award for his exploits in the mid-1980s, which included three Ballon d’Or titles and leading France to the 1984 European Championship on home soil — Les Bleus‘ first-ever international title.

In Russia last summer, France topped Group C ahead of Denmark, Peru and Australia, before seeing off Argentina, Uruguay and Belgium to set up the Moscow final against Croatia, which was won 4-2.

Mbappe, who was voted young player of the World Cup, managed four goals over the tournament, while Griezmann, who also scored four times, was awarded the silver boot and bronze ball.