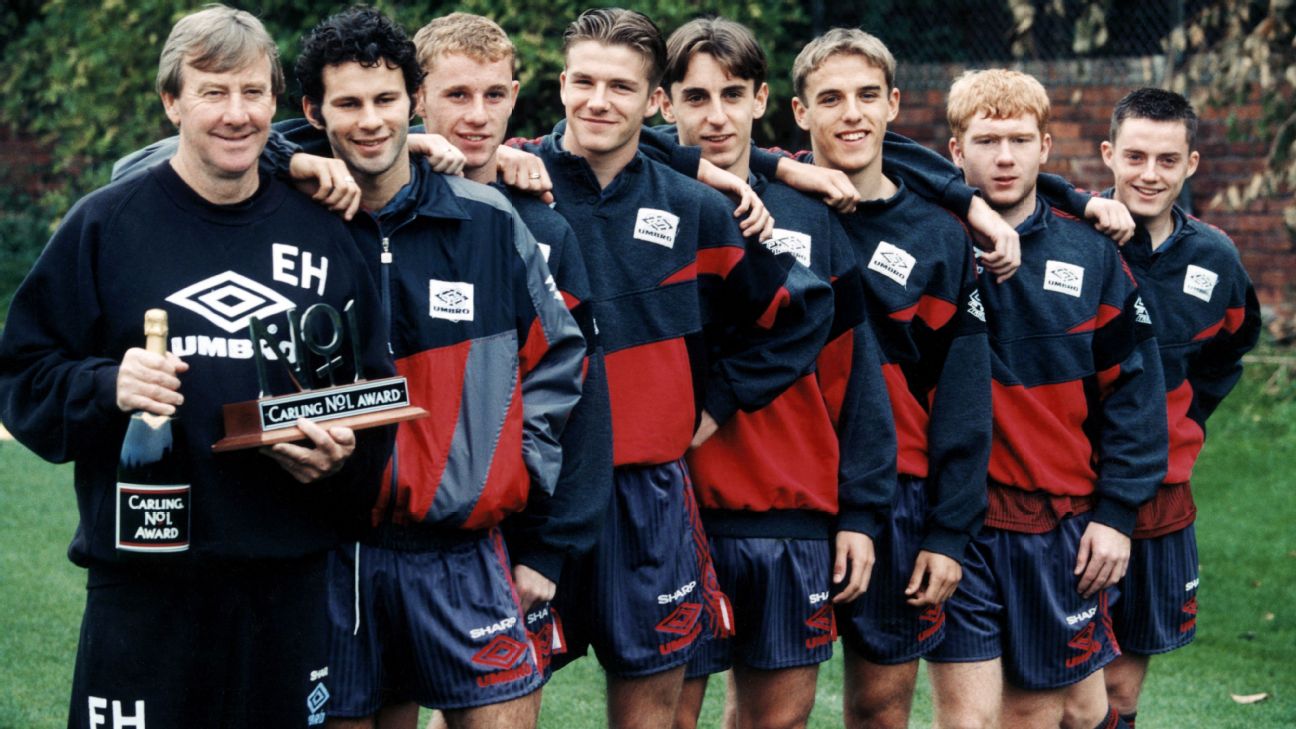 Harrison, who was diagnosed with dementia four years ago, was responsible for United’s “Class of ’92” which included David Beckham, Ryan Giggs, Paul Scholes, Nicky Butt and Gary and Phil Neville. They went on to win multiple Premier League titles and the Treble in 1999.

Gary Neville said on Twitter: “We’ve lost our mentor, our coach and the man who made us. He taught us how to play, how to never give up, how important it was to win your individual battles and what we needed to do to play for Manchester United Football Club. Eric we owe you everything.”

David Beckham added on Instagram: “He was always watching and always with us every time we played, I can still hear him telling me NO MORE HOLLYWOOD PASSES. I can still see him as we played on The Cliff training ground looking down on us either with a proud smile or a loud bang of his fist on the window knowing any minute he would be on his way down to probably advise me in the most polite way to stop playing those passes.

“More importantly he made us understand how to work hard and respect each other and not just on the pitch. We won’t forget the life lessons he gave us. Eric we love you and owe you everything.”

In total Harrison spent 27 years at Old Trafford after joining from Everton in 1981 when Ron Atkinson was manager and was awarded an MBE for services to football in 2017.

Sir Alex Ferguson said: “Eric’s contribution to football and not just at Manchester United was incredible. When I came as manager I was lucky enough to have Eric on the staff as head of youth development, so I got to see the work he did and not just with the Class of 92 but with all the young players.

“He built character and determination in those young players and prepared them for the future. He was a teacher, gave these players a path, a choice. He only did that through his own hard work and sacrifice. He was one of the greatest coaches of our time.”