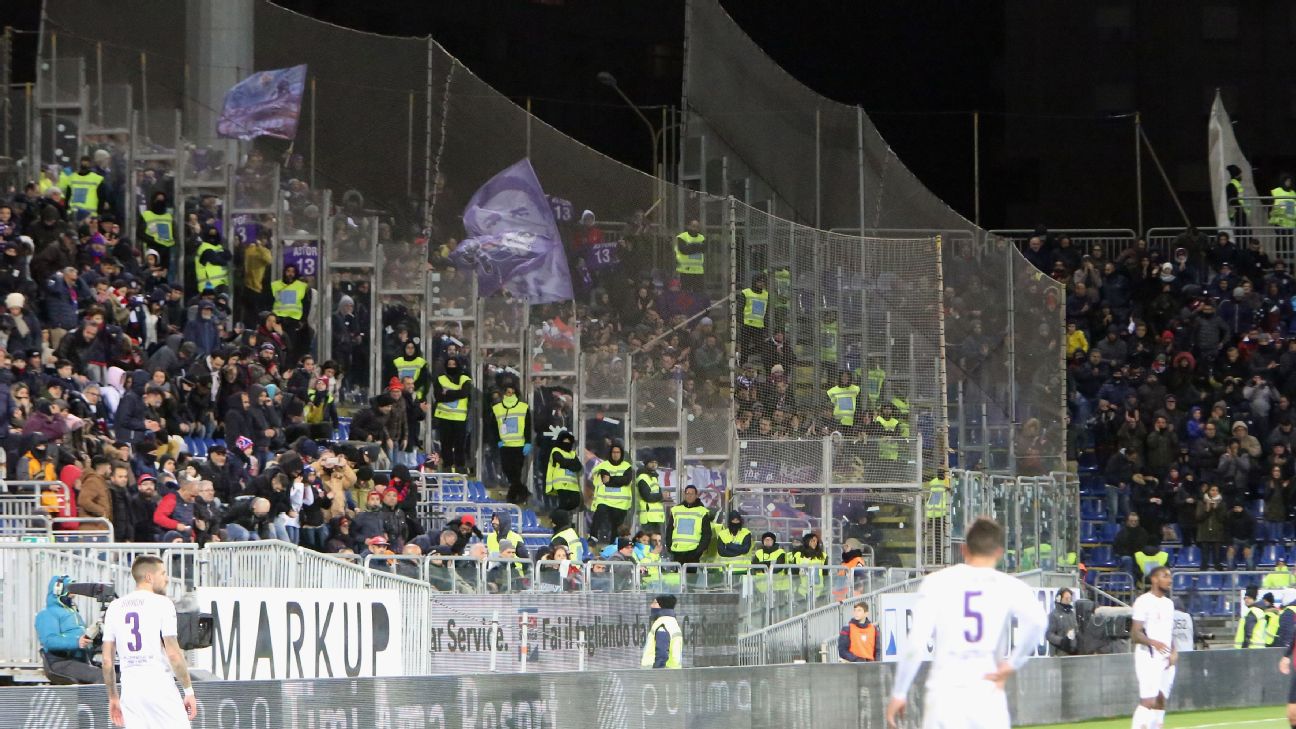 Fiorentina have condemned supporters who reportedly directed insulting chants towards a Cagliari fan as he received emergency treatment following a heart attack as the teams played in Serie A on Friday.

Daniele Atzori was taken to hospital but did not survive, with reports saying “shameful” chants had been heard from some Fiorentina fans as an ambulance arrived.

A statement on Fiorentina’s website said: “Fiorentina sends its thoughts to the family members and all of the Cagliari fans for the tragic death of Daniele Atzori, which happened at the end of the game against Cagliari.

“This extremely sad event further reinforces the special bond formed between the two clubs and the Rossoblu and Viola fans formed in the memory of Davide Astori [who played for both clubs and died of a cardiac arrest last year, aged 31].

“The Viola club condemns any form of gesture lacking solidarity with regards to this terrible tragedy.”

Italian consumer rights group CODACONS urged the Serie A authorities to punish Fiorentina for their fans’ conduct by making them play behind closed doors.

“This is yet another incident in which the world of football is sending disgraceful messages of hate and violence,” a statement from the group said.

“Sporting institutions, faced with such serious incidents, cannot remain unmoved, because that would make them accomplices and instigators of violent fans.

“For this reason, we are calling on the sporting authorities and institutions to take immediate measures and, if the facts that are being reported in the press are confirmed, level extremely severe sanctions on the Fiorentina fans, forcing their team to play behind closed doors for at least a month.”

Prior to Friday night’s Serie A fixture, which was won 2-1 by Cagliari, tributes had been paid to Astori.