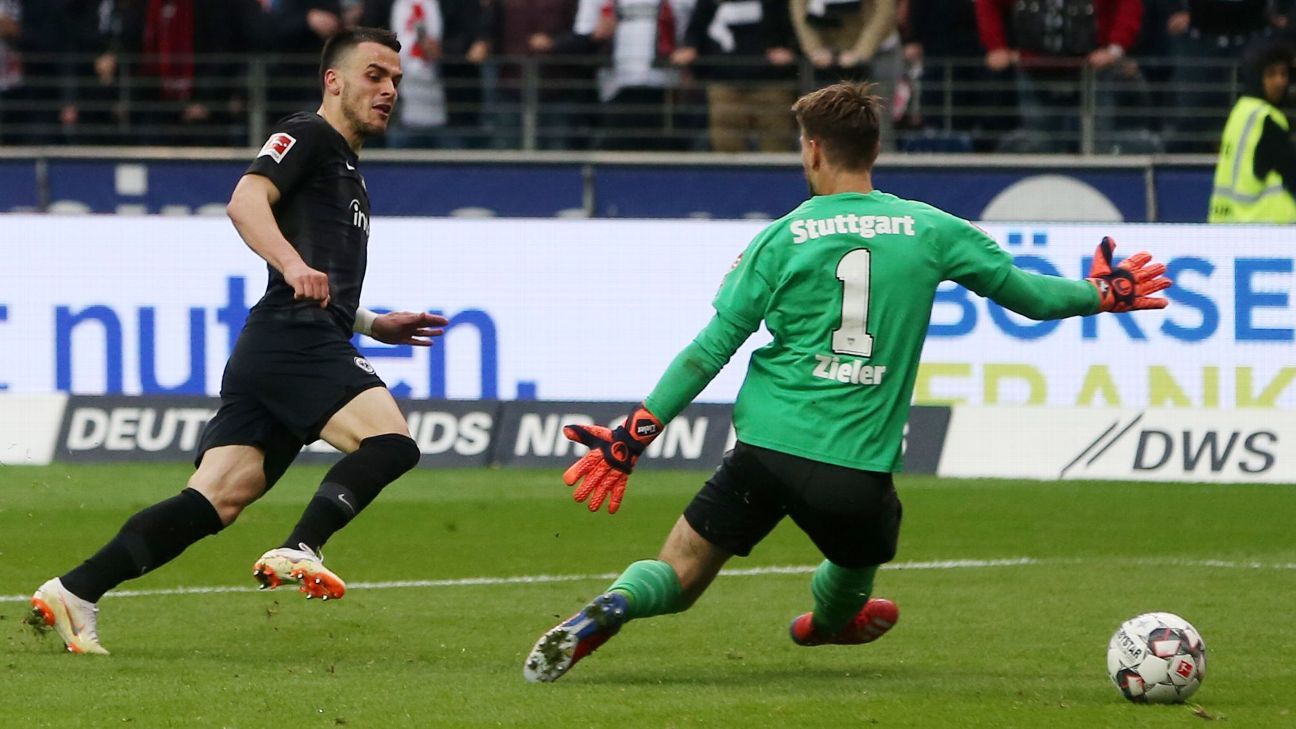 Eintracht Frankfurt’s Filip Kostic scored a goal in each half to help his team secure a 3-0 victory over strugglers VfB Stuttgart on Sunday, lifting them into to fourth place in the Bundesliga and in contention for a Champions League spot.

Serbia international Kostic fired in from a tight angle on the stroke of halftime after Ante Rebic’s effort was deflected in the 39th minute and he then struck again in the 64th.

Luka Jovic grabbed his 16th goal of the campaign in the 84th to put last season’s German Cup winners, who are the last German team left in European club competition this season, into fourth spot on 49 points, two ahead of Borussia Moenchengladbach.

Schalke 04 earned a much-needed 1-0 victory over Hanover 96 in interim coach Huub Stevens’ second game in charge thanks to Suat Serdar’s 39th minute winner, to move six points away from the relegation zone.

It was the first league win in their last nine league matches for last season’s runners-up, who moved up to 26 points and into 14th place.

Borussia Dortmund, on 63 points, reclaimed top spot with a last-gasp 2-0 victory over VfL Wolfsburg on Saturday as champions Bayern Munich slipped up with a 1-1 draw at Freiburg to stay two points behind on 61.