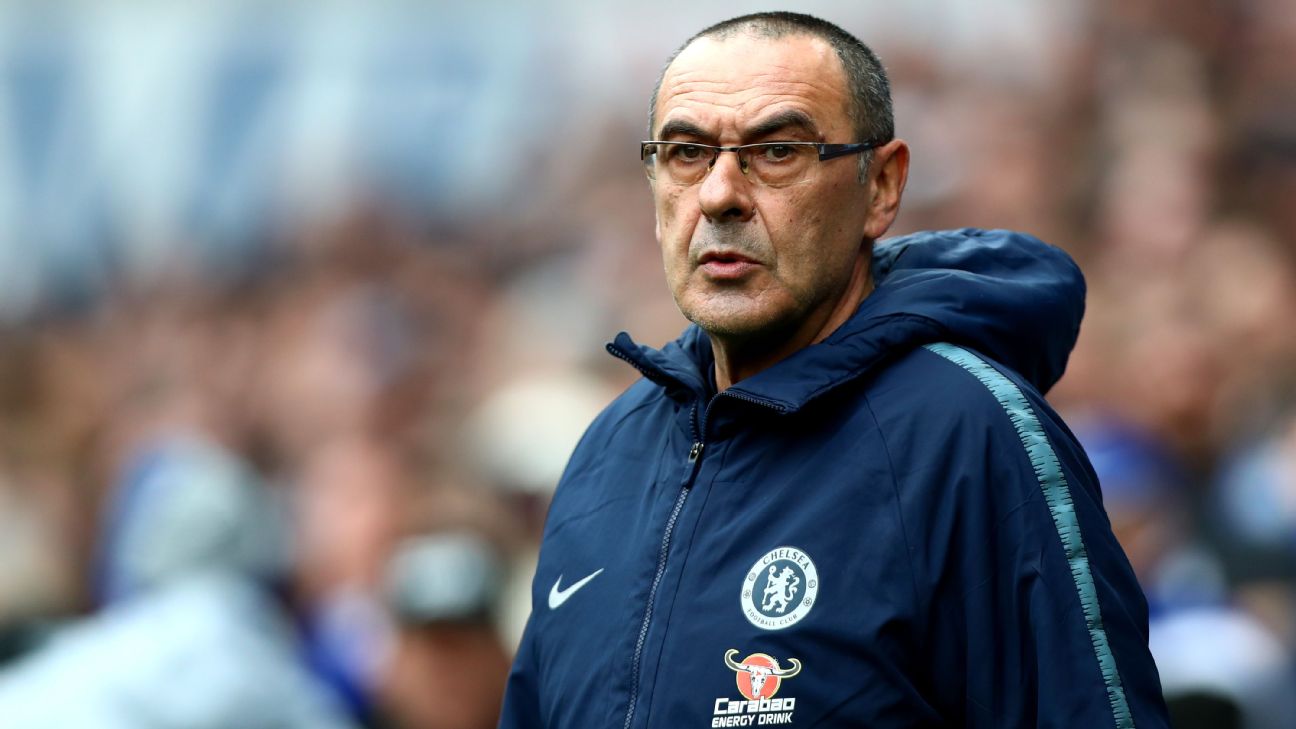 Maurizio Sarri insisted he would never consider walking away from Chelsea despite enduring open hostility from many supporters throughout Sunday’s controversial 2-1 comeback win over Cardiff City.

Ruben Loftus-Cheek nodded in Chelsea’s winner in the first minute of injury time after Cesar Azpilicueta had cancelled out Victor Camarasa’s second-half strike with a header from an offside position, infuriating Cardiff manager Neil Warnock.

Sarri heard the calls for him to be sacked, and after the match claimed that winning on the pitch is the only way to lift the mood in the stands.

“I can understand it very well,” he said of the chants. “I have been on the pitch for the last 45 years, so I know the reaction of the fans. I was really disappointed for my players, because they were fighting. Probably it was better to wait until the end of the match.

“But, for me, it’s not a big problem. Of course I can understand. Unfortunately, in the last period, I am getting used to this. Unfortunately. I have to work just in order to change their opinion.

“[Here] we started very badly but, in the end, we won. Probably with a bit of luck, but, for sure, there was a bit of unluckiness at Everton.”

Asked if supporter opposition could ever make him consider resigning, Sarri replied: “No, no, I want to stay here. When I arrived here, this team, on the table, was 30 points behind Manchester City. They were fifth. So I want to stay here, I want to improve the results.

“But, of course, [I knew] it wasn’t a very easy [job]. Probably, at the moment, there is a difference between Manchester City, Liverpool and us. We can fight with the others, I think. We are trying to do it, but we have to work very well and, for a long time, if we want to arrive in the top two.”

Sarri fuelled supporter frustration by naming Eden Hazard, N’Golo Kante, Callum Hudson-Odoi and Loftus-Cheek on his bench against Cardiff, while his starters struggled to break down the Premier League’s second-worst defence despite never enjoying less than 70% possession.

“I cannot think that Kante, Hazard can play 70 matches in a season,” he explained when quizzed about his team selection. “Kante, at the moment, has played 50 or 51 matches. Hazard 48 with today. In the last period, they played two matches with the national team, 185 minutes for Hazard, 175 for Kante.

“Probably, in every season, there is a moment in which you have to rest. So, at the end, we were lucky because we gained three points and Hazard played only 35 minutes and Kante zero. It’s very important for us to have them in a very good physical condition for the last seven matches of the Premier League.