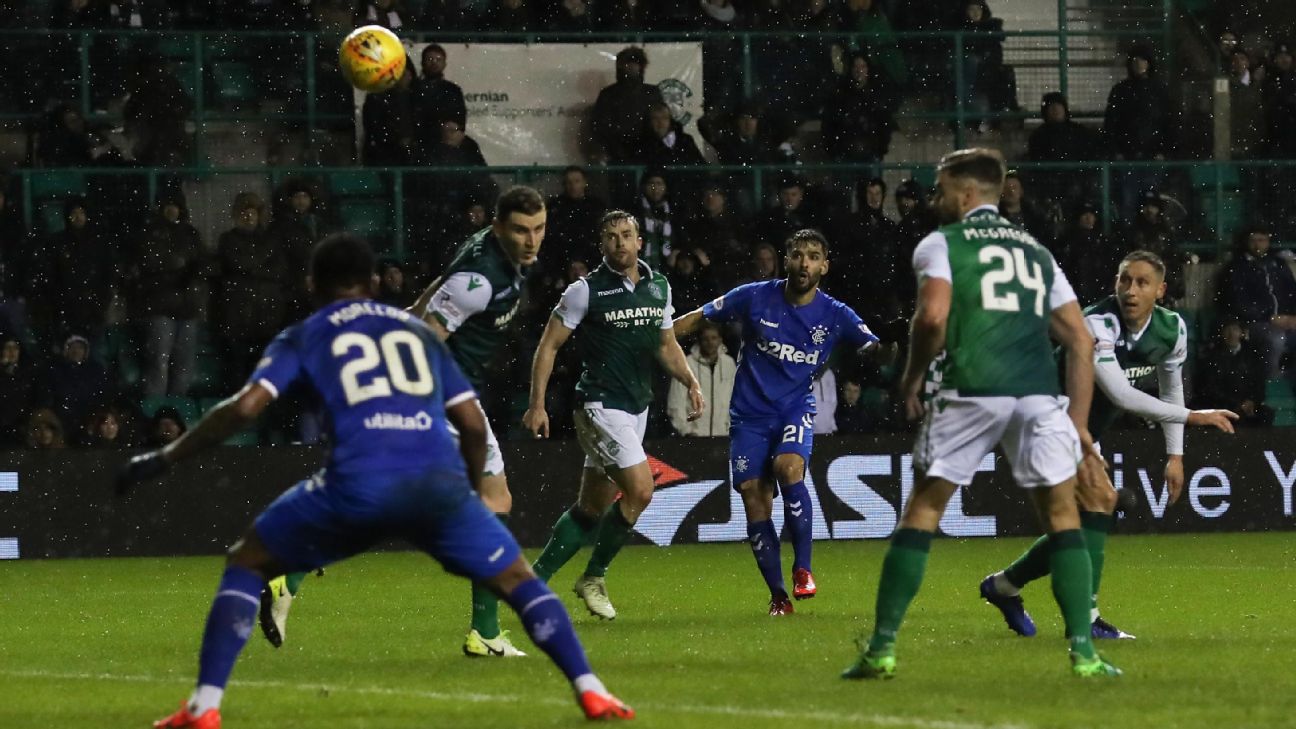 Rangers captain James Tavernier was confronted by a fan who was subsequently arrested in an ugly incident during a Scottish Premiership match at Hibernian on Friday which finished in a 1-1 draw.

The man tried to kick the ball away as Tavernier went over to the touchline to take a throw-in before the pair were involved in a scuffle. The fan was led away by police.

Hibernian chief executive Leeann Dempster told the BBC the 21-year-old supporter would be banned from Easter Road for life and that she would apologise personally to Tavernier.

The incident happened six days after Celtic’s Scott Sinclair was almost hit by a glass bottle thrown from the crowd at Easter Road during the Glasgow club’s Scottish Cup quarterfinal win.

“There is a big debate, a healthy debate going on in the Scottish game. But I’m going to bring it back to personal responsibility,” added Dempster.

“Who thought it was okay to come in here with a glass bottle and throw it? Who thinks it’s alright to jump over an advertising hoarding?

“Ninety-nine-point-nine percent of the people in here don’t think it’s okay and we ought to remember not to tarnish these guys as well.

“This individual will be banned for life. He’s in custody at the minute and that’s where he should remain as far as I’m concerned.

“This person and people like him are going to feel the full weight of what we, and hopefully Police Scotland, can deliver.”

Hibernian manager Paul Heckingbottom said: “I should be here talking to you about how proud I am of the players and yet again I’m getting asked questions about fan misbehaviour.

“We need it to stop. It’s sad I’m not here raving to you about how proud I am of the players. I have to speak about something else.”