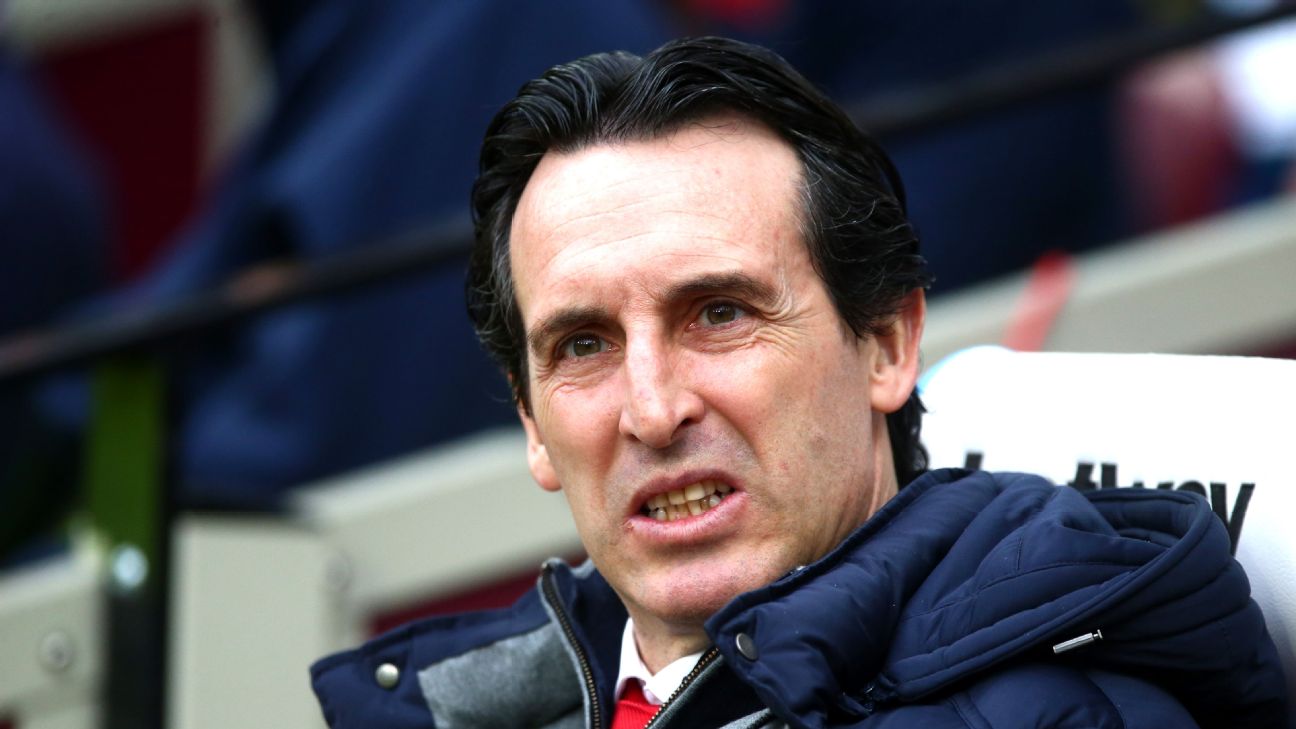 Last week Arsenal boss Unai Emery came out and said something surprising “We cannot sign players where we have to make a payment… we can only make loan signings.” That’s not what you expect to hear from a club that is six points away from fourth place and is in danger of finishing outside the Champions League spots for the third successive season, after 19 consecutive years of playing in the world’s biggest club competition.

Nor is it what you’d expect from a club that ranked sixth in the most recent Deloitte Money League, boasts the second highest average attendance in the Premier League and has made a profit every single year since 2008. (Most recently, they reported profits of £44.6 million in 2017, followed by £25.1m in the first six months of the following season.)

To some, it brought to mind the mid-to-late Arsene Wenger Era, when the club sat on enormous cash reserves, the manager said they could buy players but they wouldn’t do it “for the sake of it” and supporters blamed the owner, Stan Kroenke, for being stingy.

It’s not quite like that now. Emery would happily spend money if he could. Rather, Arsenal are a case study in how big decisions by newcomers, in a very short time-span, can have massive knock-on effects and how hard it can be to put the toothpaste back in the tube.

Cast your mind back 12 months and consider the 10 days that shook the Emirates. Wenger was still in charge but his powers were sharply curtailed. Dick Law, the club’s long-time transfer negotiator, had left, as had Steve Rowley, following more than two decades at the club. To replace them, chief executive Ivan Gazidis (who has since departed to AC Milan), brought in Raul Sanllehi, formerly of Barcelona, as a de facto director of football and Sven Mislintat, formerly of Borussia Dortmund, as chief scout.

The three of them convened to tackle three burning issues that would hugely impact the club’s future. They knew they had to sell Alexis Sanchez or risk losing him for nothing at the end of the season. Sanchez ultimately chose Manchester United over Manchester City — that decision was out of their hands — but what was not out of their hands was the choice to accept Henrikh Mkhitaryan in exchange. The Armenian ended up with a deal worth $11.5m a year through 2021. An Arsenal insider, speaking on condition of anonymity, was hugely pleased, saying: “Of course we’re happy… we got a £70m player in exchange for a guy who didn’t want to be here and who would have left nothing. That’s much better than whatever small fee United would have paid us.”

That was on January 22, 2018 and the next few days saw the Arsenal triumvirate work through their other two big decisions.

One was the decision to re-sign Mesut Ozil. Like Sanchez, he was six months away from free agency and he, too, wanted a big bump in salary: from $9.6m to $20m-plus. Arsenal chose to extend his deal through 2021 at something close to his requested wage.

Finally came the signing of forward Pierre-Emerick Aubameyang for a club record £57.6m. Aubameyang had been on the market the previous summer but Wenger opted instead for another central striker, Alexandre Lacazette. Lacazette was a sizable investment (£46.5m rising to £52.6m with bonuses) but at that stage, he had gone nine consecutive games without a goal and his return to that point (nine in 27) wasn’t earth-shattering.

Aubameyang, on the other hand, had scored 69 goals in 79 Bundesliga games over the previous two years. And while there were some reservations over his character — he had missed training sessions in Dortmund and had tried to engineer a move away the previous summer — ultimately they agreed to both the fee and a wage packet of some $12.8m a season through 2021, nearly twice what Lacazette had agreed six months earlier.

Put differently, in the space of a few days Arsenal’s triumvirate (Gazidis, Sanllehi and Mislintat) committed more than $150m over the next three-and-a-half years in wages to three players. Annually, they represent roughly one-fifth of the club’s total wage bill. What’s more, the three players in question were 28, 29 and 29 years old at the time meaning they would have very little resale value, particularly given their salaries.

What’s happened since? With 26 goals in 41 games in all competitions, Aubameyang has undoubtedly pulled his weight. As for the other two, the story is different. Mkhitaryan has started 18 league games in the past 12 months. That’s the same number as Ozil who, on top of everything else, doesn’t seem to be in Emery’s good books either. The cash committed to Mkhitaryan and Ozil isn’t quite dead money, but it’s still a vast amount of resources tied up in players who are unproductive.

What is less of an alibi is the fact that Emery doesn’t appear to view them as key players. Presumably, when he interviewed for the job he knew they were there and the club had made long-term commitments to them. At that point, you’d expect the club to have said something like: “OK Unai, you’re brilliant and a great coach and we’re excited to have you. But can you promise us you can make it work with these guys because we think they’re talented and are giving them shedloads of money?”

All this, coupled with Kroenke’s enduring conservatism, helps explain Emery’s words last week or the fact that the contract offer to Aaron Ramsey was made and then withdrawn.

This isn’t about having a go at the triumvirate who made those fateful decisions a year ago. The reality is that Gazidis, Sanllehi and Mislintat had to make three huge calls in the matter of a few days, without knowing who the next manager was going to be and what type of players he would like.

They got one right and, it appears for now, two wrong. But the choices made a year ago are having a lasting impact, both in the type of players Arsenal can recruit and in the ones they can retain.