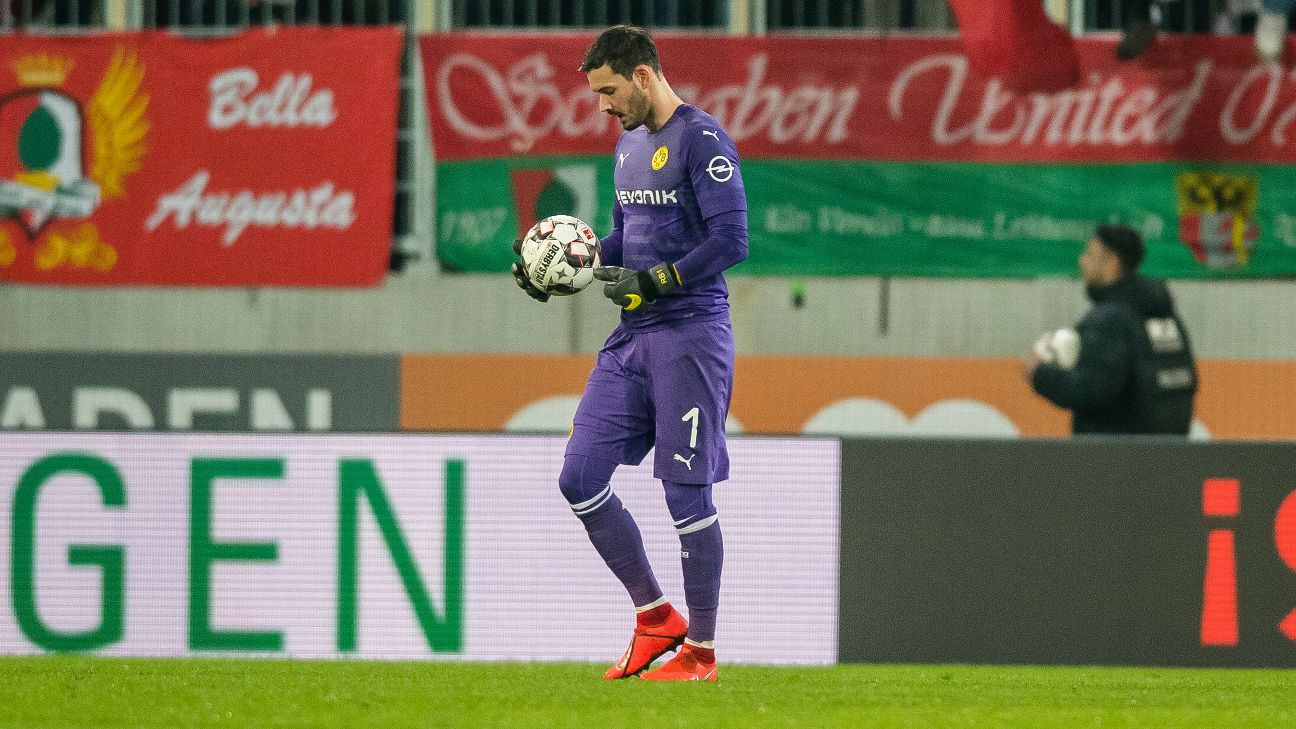 Borussia Dortmund goalkeeper Roman Burki said his team’s performance was unworthy of a league leader after a bitter 2-1 loss away to FC Augsburg on Friday.

Burki, 28, told Sportschau: “We were not battle ready like Augsburg were today. They were ruthless in punishing our mistakes. They scored two goals from two chances. [Gregor] Kobel showed some good saves, sure, but it simply wasn’t enough from us today. It was not worthy of a league leader.”

The Black and Yellows squandered a big chance to move six points clear of Bayern Munich on Friday night by losing to 15th-placed Augsburg thanks to a brace by former Dortmund attacker Ji Dong-Won. Paco Alcacer’s strike in the 81st minute was not enough. The hosts had registered only one win in their last 14 games before handing the second defeat of the season to Lucien Favre’s men.

Dortmund have only won one out of their last five games and are in danger of losing the title challenge against the Bundesliga’s minnows. Their average points tally against teams of the top half of the table is 2.53 to only 1.9 against teams from the bottom half. Tellingly, BVB only average 1.5 points against bottom-half teams away from home exposing their inconsistency against defensive-minded teams.

Burki added: “Playing away to Augsburg isn’t easy. Bayern also experienced that but they managed to win [3-2] from behind [here] and we did not. Losing to Dusseldorf and Augsburg is not worthy of a league leader.”

Bayern, who won 10 out of their last 11 games, can level Dortmund’s 54 points on Saturday away to third-place Borussia Monchengladbach. A win of Niko Kovac’s men, however, is far from a foregone conclusion as Bayern only won three out of their last nine league games against the foals.

Dortmund will be hoping for a miraculous comeback in the Champions League on Tuesday where they are looking to overcome a 3-0 deficit against Tottenham Hotspur.

“We’re league leaders and will still be after this match day,” Burki said. “We will now focus on Tottenham and hope that we’ll play a good game and even progress to the next round. I said right after the game [in London] that if we score an early goal, a lot is possible at home.”