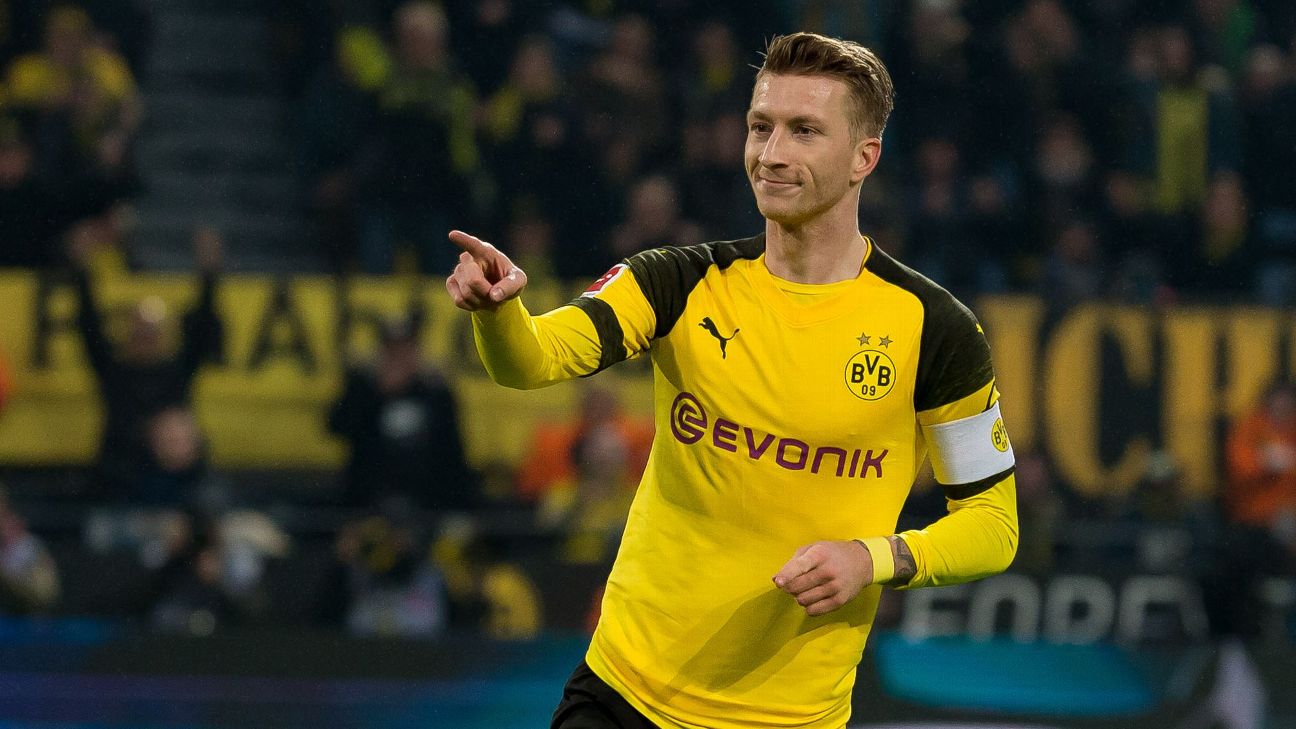 Marco Reus faces a race against time to be fit for Borussia Dortmund’s Champions League trip to Tottenham on Wednesday. after being ruled out of the weekend’s match against Hoffenheim

Reus, 29, was injured in Dortmund’s DFB Pokal defeat to Werder Bremen on Tuesday after scoring an equaliser seconds before half-time.

BVB sporting director Michael Zorc, standing in for coach Lucien Favre, who was suffering from a cold, told a prematch news conference ahead of the Hoffenheim game: ”Marco Reus suffered a muscle injury on Tuesday and will not be able to play tomorrow.”

Reus, one of Dortmund’s key players, has scored 17 goals this season and set up a further 11 in 27 matches across all competitions.

He has played in all but one match for the Bundesliga leaders.