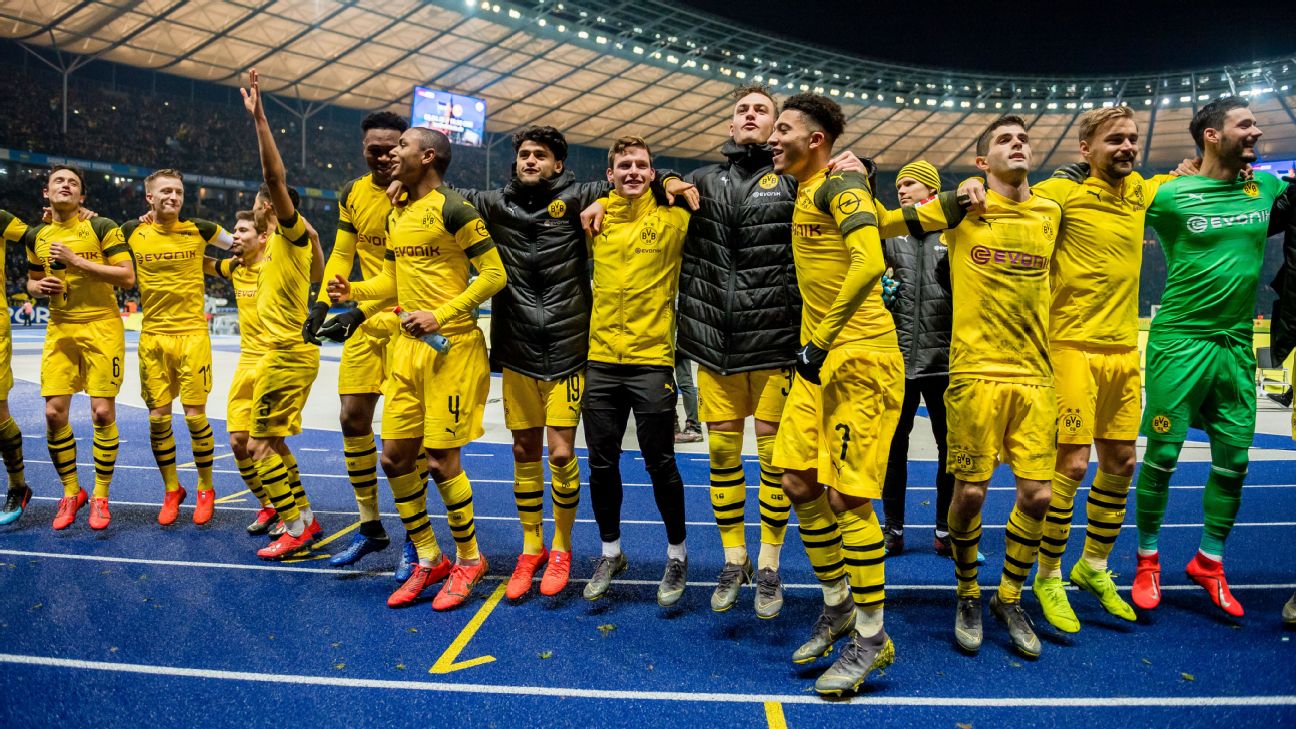 BERLIN — Marco Reus believes Borussia Dortmund have put ‘pressure’ on Bundesliga title rivals Bayern Munich after returning to the top of league with a 3-2 win at Hertha Berlin.

Thomas Delaney and Dan-Axel Zagadou scored the other two goals for Dortmund, who twice came from behind and fired 25 shots at Hertha’s goal. Former Chelsea attacker Salomon Kalou struck a brace for the hosts.

“It was just incredibly important to win here. We’ve put some pressure on Bayern. Even though I don’t think they’ll give it away,” Reus told reporters after the match. “We’ve shown a good mentality today.”

Having only kept two clean sheets in the second half of the Bundesliga season, Roman Burki was at fault for Kalou’s tap in after just four minutes.

“We just don’t defend that well. Also not today,” Reus said. “We need to work on it. But you can see that we have the mentality going forward. Those three-match weeks were exhausting, and we can now focus on Bundesliga.

“The most important thing today was that we came back twice and in the end won it. We’ve shown our backbone! We scored late goals in the first half of the season and it’s great to see it’s now coming back. But I don’t need it every week.”

After Karim Rekik deflected Delaney’s shot for Dortmund to pull level, the former Chelsea attacker then converted a penalty to hand Hertha a deserved 2-1 lead at half-time. This season, the 33-year-old scored four of his five leagues goals against the Favre team.

In an outstanding second half, BVB defender Zagadou rose higher than anyone else after Jadon Sancho‘s corner for the 47th minute equaliser. Some 45 minutes later, club captain Reus secured crucial three points for his team.

“It was a crazy match. For the spectators. For everyone,” manager Lucien Favre said on the postmatch news conference. “Hertha were better in the first half. They were clever. They blocked our centre-backs and we made changes at half-time. It was different. Hertha were very, very good.

“The late goal is very good for our confidence. We wanted to win this by all means.”

Dortmund were lucky to escape when, at the hour mark, the hosts had a penalty appeal turned down by referee Tobias Welz despite Abdou Diallo clearly pushing Ondrej Duda, who was racing towards Dortmund’s goal.

Dortmund pushed for the goal to keep them in the title race, but they were either not able to get the ball past keeper Rune Jarstein or hit the woodwork like Delaney only minutes from time.

“We just could not get the ball across the line,” Reus said, before Sancho set him up two minutes into added time.

Praising Dortmund’s fans, with some 10,000 travelling the 500 kilometres to Germany’s capital, Reus said: “It nearly felt like a home match. This just gives us a lot of confidence. Those last weeks weren’t that easy at all because we just didn’t play that well.”

With just eight games left in Bundesliga, Dortmund are three points ahead of Bayern Munich. However, the reigning champions have the superior goal difference and could return to the top with a win in their home game against FSV Mainz 05 on Sunday evening.