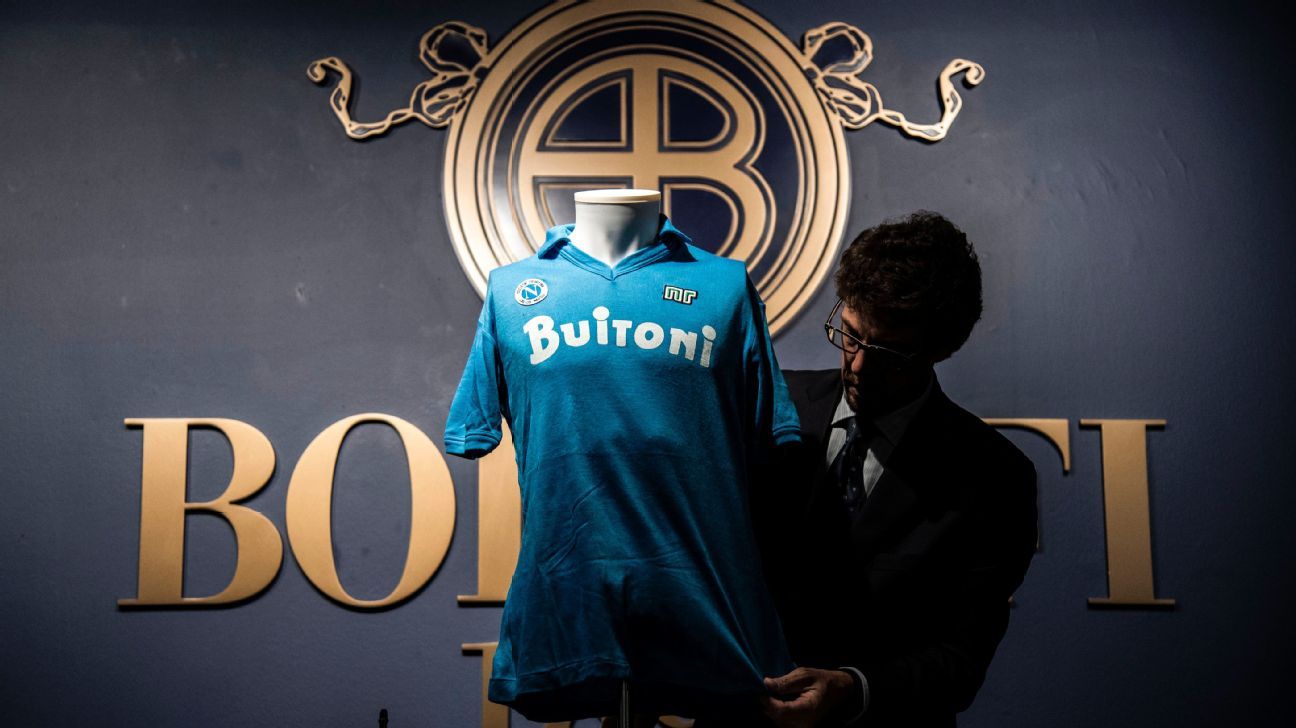 Football fans seeking a exceptional, unique and slightly sweat-infused (this was long before ‘moisture-wicking’) piece of the game’s folklore will be offered the chance to buy one of Diego Maradona’s old Napoli shirts next week.

This isn’t just any old Maradona shirt either — it’s the very shirt the Argentinian legend wore while almost single-handedly propelling Napoli to the 1986-87 Serie A league title.

The iconic No.10 jersey is due to go under the hammer at a football memorabilia auction being conducted by the Aste Bolaffi auction house in Turin on Dec. 13.

Maradona scored 10 goals over the course of the season as the Partenopei rampaged to their first Scudetto (with another coming in 1989-90) before beating Atalanta in the Coppa Italia final to secure an historic double.

The blue shirt has been given an estimated sale value of between €3,000-€5,000, though it’s highly likely it may go beyond that should enough interested parties enter the bidding.

Maradona’s shirt is part of a wider collection of over 200 (mainly Italian) things going on sale which also includes a Barcelona home shirt worn by Lionel Messi last season, as well as match worn items sported by the likes of Zinedine Zidane, Michel Platini and Georgio Chiellini.

All of which would make the perfect Christmas gift for the football obsessive in your life, should you happen to have a few thousand spare euros lying around, of course.