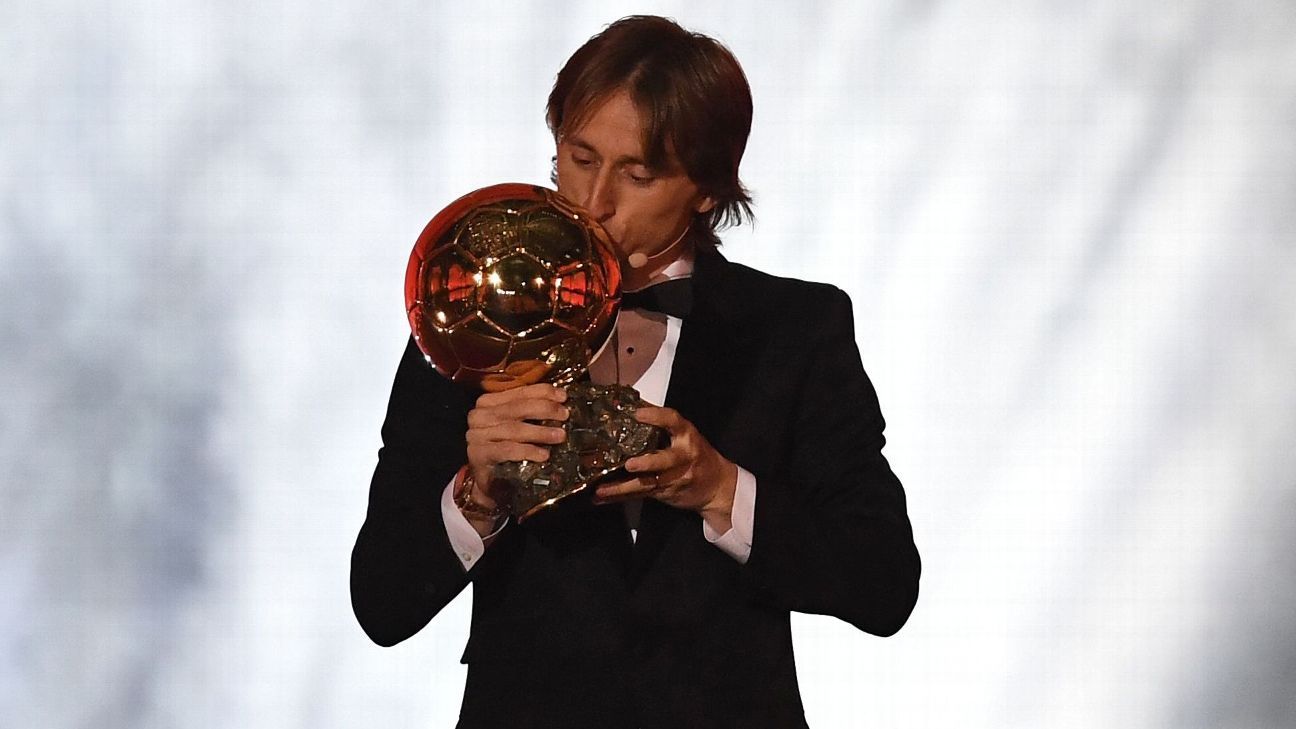 Real Madrid midfielder Luka Modric has hit out at players such as Cristiano Ronaldo and Lionel Messi for not attending award ceremonies when they are not going to win.

Modric, who led Real to their third consecutive Champions League and reached the World Cup final with Croatia in the summer, ended the decade-long Ronaldo-Messi stranglehold on the Ballon d’Or when he won it earlier this month.

But Modric (also the No.1 central midfielder in the ESPN FC 100) was not happy that neither Ronaldo nor Messi made the journey to Paris for the ceremony.

“I cannot say why someone did not attend — that’s their choice. But it is not logical,” he told Sportske Novosti.

“It turns out these selections and trophies only have value when they get them.

“It is not fair to their playing colleagues or to the voters who have nominated them for the past 10 years, nor for football or supporters. But I repeat, everyone behaves the way they think they need to.”

Modric, fifth in Ballon d’Or polling last year, finished ahead of 2017 winner Ronaldo of Juventus and Atletico Madrid forward Antoine Griezmann for this year’s prize, leaving Messi, who was fifth, outside the top three for the first time since 2006.

Paris Saint-Germain forward Kylian Mbappe finished fourth to round off the top five.

Information from Aleksandar Holiga was used in this report.