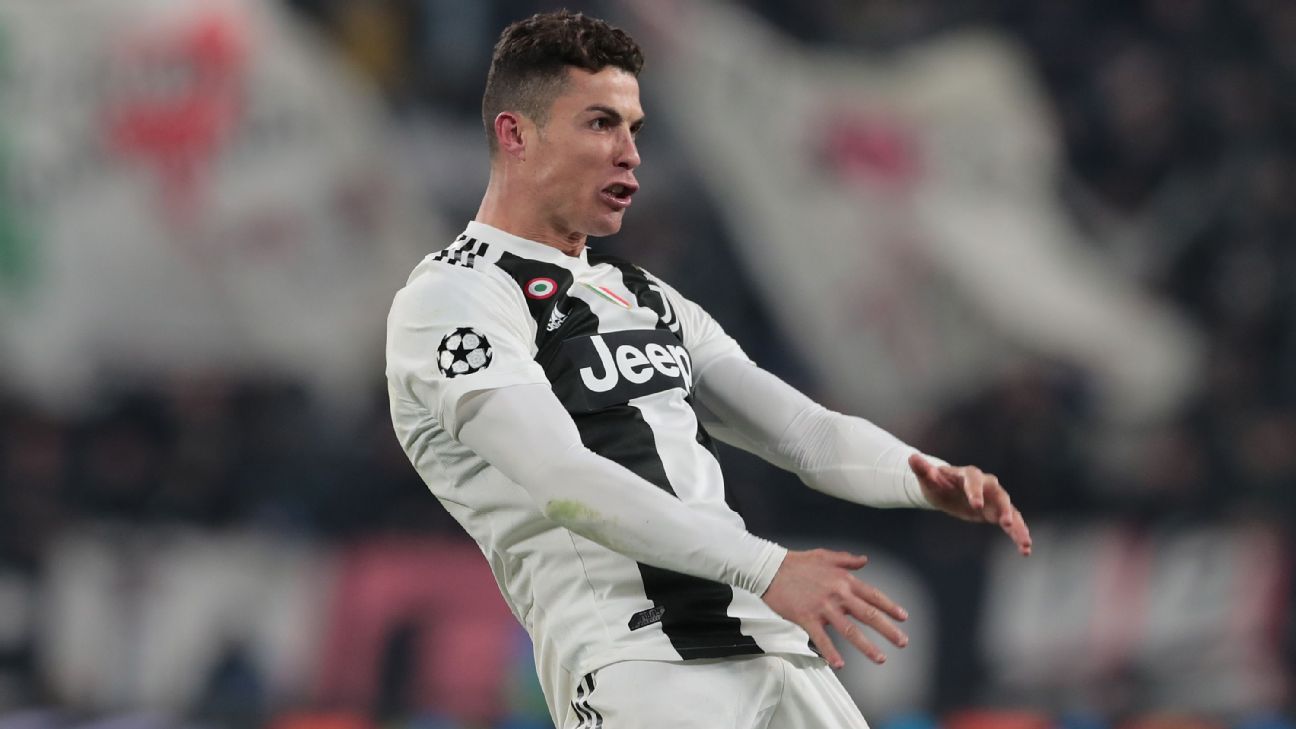 MANCHESTER, England — Manchester City breezed into the Champions League quarterfinals on Tuesday, but Pep Guardiola thinks Cristiano Ronaldo served a warning of how difficult it will be for the Premier League champions to win the trophy for the first time.

While City were dismantling Bundesliga strugglers Schalke 7-0 at the Etihad, Ronaldo — who has won the trophy for the past three seasons — scored a hat trick to see Juventus through 3-2 on aggregate against Atletico Madrid.

“Look at Juventus and this guy takes Cristiano Ronaldo,” Guardiola said when asked about City’s chances of winning the Champions League.

“Juventus reached the final two times and lost so they brought Cristiano. He has all the pressure on his shoulders and he scores three against Atletico Madrid and they go through to the quarterfinals.

“That is the type of guy and teams you face to achieve the next stages. We are going to try.”

Ahead of the Tuesday night’s second leg, Guardiola had described City as like “teenagers in Europe” because of the club’s lack of experience in contin.

But the Catalan added after their 10-2 aggregate victory that it could be an advantage as his players are without fear.

“Compare to that to Real Madrid with 13 or Barcelona, Liverpool, Juventus, they have how many, six seven, eight.

“But in another way I like it because the teenagers have patience, desire and they are not scared.

“I don’t like this competition when you are out in the last-16 or quarterfinals and it is a disaster. That is unfair. Against incredible top sides you can lose. Real Madrid is out and PSG is out and today Atletico Madrid is out and they say it is going to be a bad season.

“It is unfair, this competition, because it is incredibly tough.”

The City boss has been an advocate of the Video Assistant Referee system but after the first four goals all went for a review, Guardiola admitted it needs to get faster.

“They need to be a little bit quicker to make decisions but it is fair,” he said. “The two penalties went against us from VAR in Germany but at the end it is fair. At the end that is what we are looking for.

“Hopefully in the Premier League next season that is what can happen. I am happy with VAR. Hopefully it can be quicker than today.

“I like the teams who deserve to win, go through. Sometimes you don’t go through for wrong decisions. It helps referees to make those decisions fairly.”