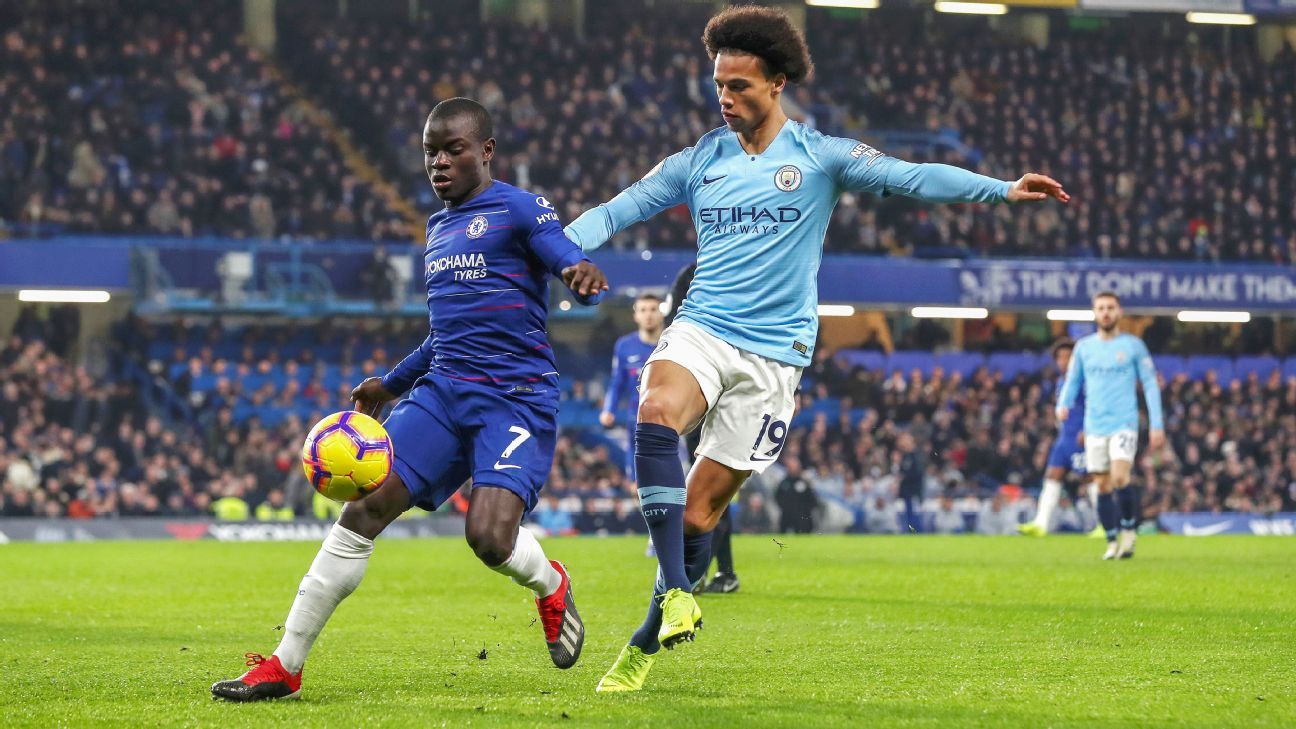 LONDON — Maurizio Sarri admitted that Chelsea will be forced to play more conservatively if they cannot find a way to impose their style of football on Manchester City at the Etihad Stadium on Sunday.

Chelsea dealt City their first Premier League defeat of the season when the two teams last met at Stamford Bridge in December, winning 2-0 thanks to goals from N’Golo Kante and David Luiz despite enjoying just 39 percent possession in the game.

Sarri conceded that his team were “lucky” to emerge triumphant with a performance founded on deep and disciplined defending, and Chelsea’s head coach believes a similar game plan may be required if City’s midfield proves too strong at the Etihad.

“They were able to press us in our half [at Stamford Bridge],” Sarri said. “It wasn’t a choice, it was a necessity. I think on Sunday it will be the same. We will try to play our football but of course if they are able to play their football we have to stay low.

“In the first match we were lucky to score and then in the second half — especially in the first 20, 25 minutes — they gave us spaces so it was a little bit easier.

“You know very well that the midfield of Manchester City is one of the best in the world. Not only Fernandinho but also [Kevin] De Bruyne, Bernardo Silva, David Silva … technically I think they are the best midfield in Europe at the moment, so I think it will really be very difficult to be in control of the match.

“The match is there, more than in the strikers.”

Chelsea’s worst performances this season have generally coincided with opponents successfully nullifying Jorginho, usually by detailing a player to man-mark him and limiting his influence from the base of midfield.

Sarri is hopeful that his Chelsea players will eventually find ways around the strategy just as his Napoli teams did, and does not believe adopting a similar approach against Fernandinho would significantly disrupt City.

“We have options. Maybe they have more options than us because they have worked on this for three seasons, but I remember that in Naples it wasn’t a big problem if there was a man on Jorginho. I hope it will be the same here.”

Sarri deployed Eden Hazard as a false nine in the December win over City, but the January arrival of Gonzalo Higuain on loan from Juventus has changed the dynamic and the Argentine appears to be growing in confidence, finding the net impressively twice as Chelsea beat Huddersfield Town 5-0 last weekend.

“I don’t know,” Sarri said when asked how he will line up Chelsea’s attack. “At the moment the situation is different, of course. We have another striker, we can make other decisions, but I don’t know.