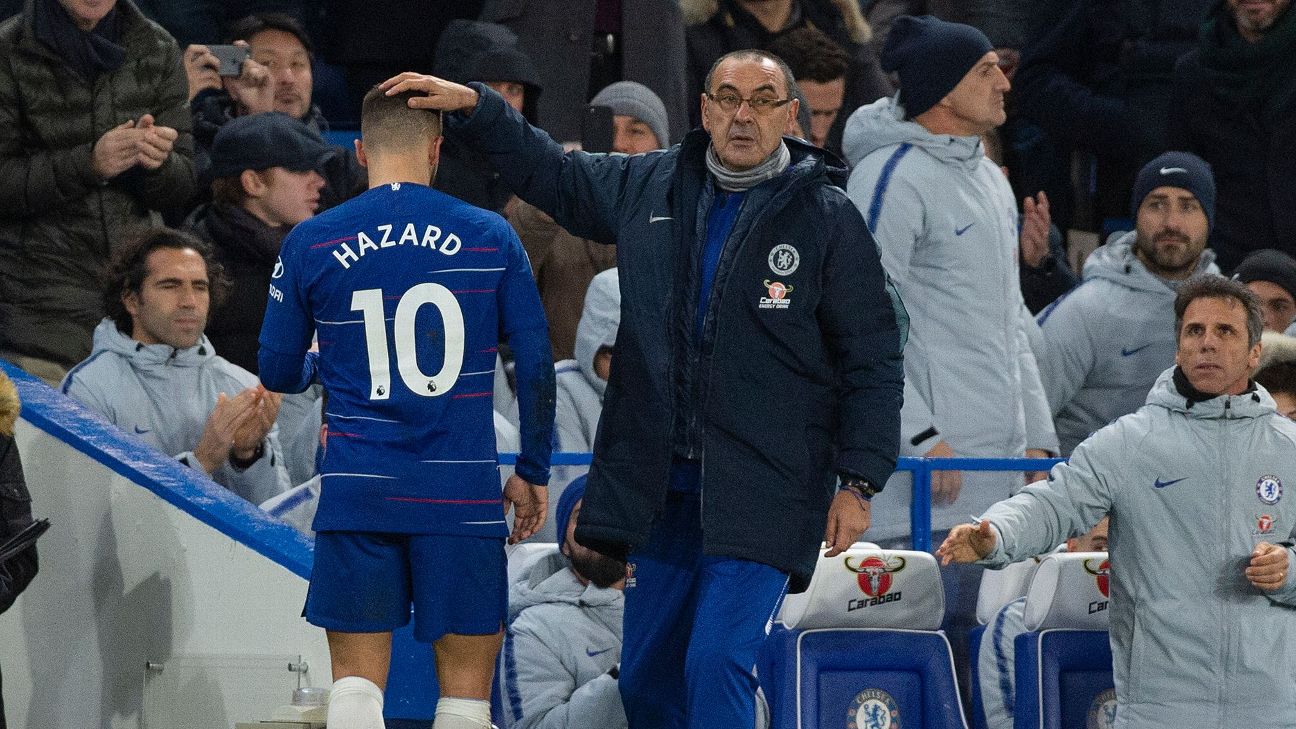 Eden Hazard has said Maurizio Sarri’s style of play is “more like my philosophy of football” as the Chelsea coach attempts to turn the club’s faltering season around.

Sunday’s 6-0 defeat at Manchester City left Chelsea sixth in the table, with Sarri facing questions about his ability to deliver a top-four finish with his expansive, possession-based approach.

It has also intensified speculation linking Hazard with a move to Real Madrid at the end of the season, but the Belgium international stressed that he believed in the way Sarri wanted Chelsea to play.

“All the managers I’ve played for have given me something, from when I started with Claude Puel at Lille to now with Maurizio Sarri,” he told Chelsea’s website.

“They all see football in different ways, which is why I’m the player I am. They have all given me important advice. Jose Mourinho was special, but the way Sarri and [Rudi] Garcia like to play is more like my philosophy of football.”

Hazard has postponed contract talks in order to keep his summer options open, and last month Sarri said he should join Madrid at the end of the season if he believes that will make him happy.

Sources have told ESPN FC that Chelsea are not currently considering Sarri’s position, but Champions League qualification has always been the primary objective and further setbacks in the Premier League or elimination from the Europa League could put his job at risk.

February is a key month, with an FA Cup fifth round tie against Manchester United and the Carabao Cup final against City either side of a two-legged Europa League tie against Malmo, while Tottenham visit Stamford Bridge.

Chelsea face Malmo in Stockholm in the first leg on Thursday with no significant injury concerns.