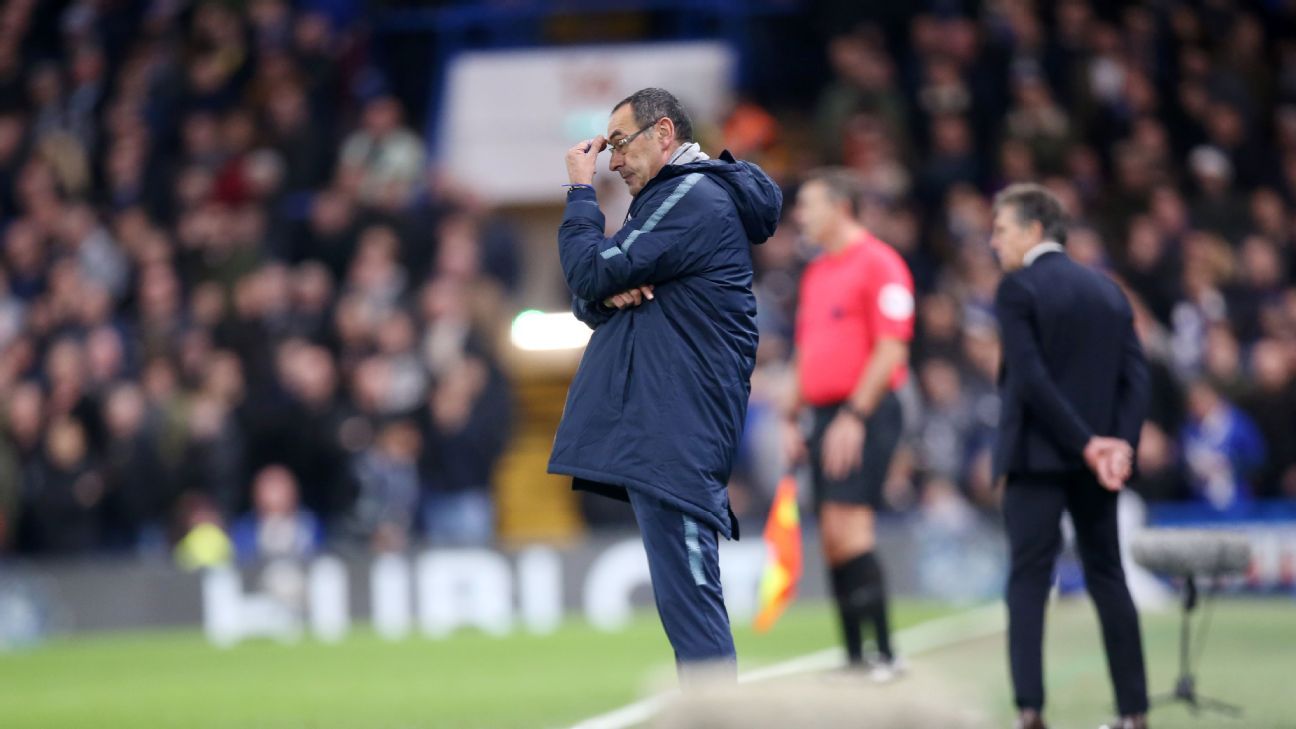 LONDON — Maurizio Sarri suggested he could enlist the help of a sports psychologist to work with his Chelsea players after blaming “mental confusion” for Saturday’s 1-0 defeat against Leicester City.

Jamie Vardy’s second-half strike at Stamford Bridge condemned the Blues to their third Premier League defeat of the season, leaving them 11 points adrift of leaders Liverpool and ahead of Arsenal only on goal difference in fourth place.

After the match Sarri criticised his players’ reaction to Vardy’s goal in much the same way as he did following Chelsea’s shock 2-1 loss to Wolves at Molineux earlier this month, reiterating that the root cause of the team’s inconsistency is mental rather than tactical or physical.

Asked if he is using a sports psychologist to help get to the bottom of Chelsea’s issues, Sarri replied: “No, Not at the moment, because it’s not easy.

“I had a sports psychologist 15 years ago. In Italy it was really very difficult because the clubs were not ready in that moment, but I think they are not ready also in this moment. [That was] my experience in Italy.

“It’s clear we didn’t lose for the way of playing. We were a bit unlucky and then we lost because the reaction after the goal was in the wrong direction, I think.

The English festive schedule is a notoriously gruelling time of the season for players, but Sarri is not convinced Chelsea are suffering physically either.

“The physical performance in the match against Bournemouth was one of the best this season for quantity, one of the best in quality, for number of accelerations, for high-speed [sprints].