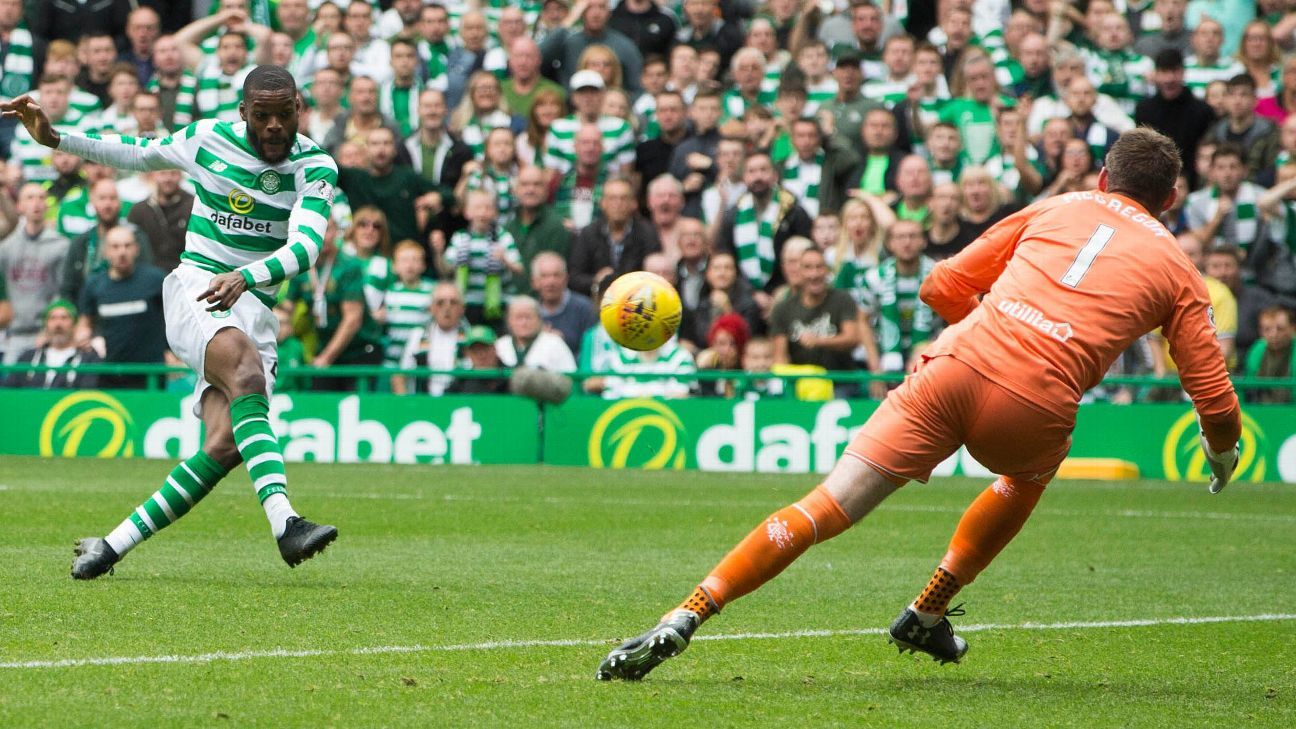 Rangers manager Steven Gerrard’s first taste of the Old Firm derby proved a bitter one as Celtic emerged with a 1-0 victory at Parkhead on Sunday.

Celtic secured the points in the 62nd minute when Olivier Ntcham slotted home after a sweeping counter-attack, but while Gerrard argued that there had been a foul in the build-up, the margin of victory could have been much wider.

Shortly before that, Ntcham had forced Rangers goalkeeper Allan McGregor into one of several great saves as Celtic dominated.

Celtic’s James Forrest rocked the crossbar with a 30-metre effort in the first half and Mikael Lustig was also denied by the woodwork when he nodded against the post from a corner.

Rangers offered little attacking threat in the first half and although they improved in the second, their 12-game unbeaten run came to an end as Gerrard’s former Liverpool boss, Brendan Rodgers, got the upper hand. Rodgers has now won 10 of his 12 Old Firm matches, drawing two.

James Tavernier did have a rare sight of goal late on for Rangers, but he skewed his shot wide after space opened up in front of him.

“The game is still fresh and still hurts,” Gerrard said. “I’ve asked questions of this squad and we’ve done great closing the gap but we still need to get better and improve.

“Hopefully the next time Celtic come around, we can play better for 90 minutes rather than just turning up for 45.”

Victory moved Celtic up to nine points, three behind leaders Hearts, who have won all four matches. Rangers, in seventh, have five points.

Rodgers said the scoreline did not reflect his side’s dominance.

“We were the very dominant team from start to finish,” he said. “Defensively, we were strong, we pressed the game well and had the courage and quality to play.

“We showed a calmness to play round them and play through them. Our only complaint is not scoring one or two more.”