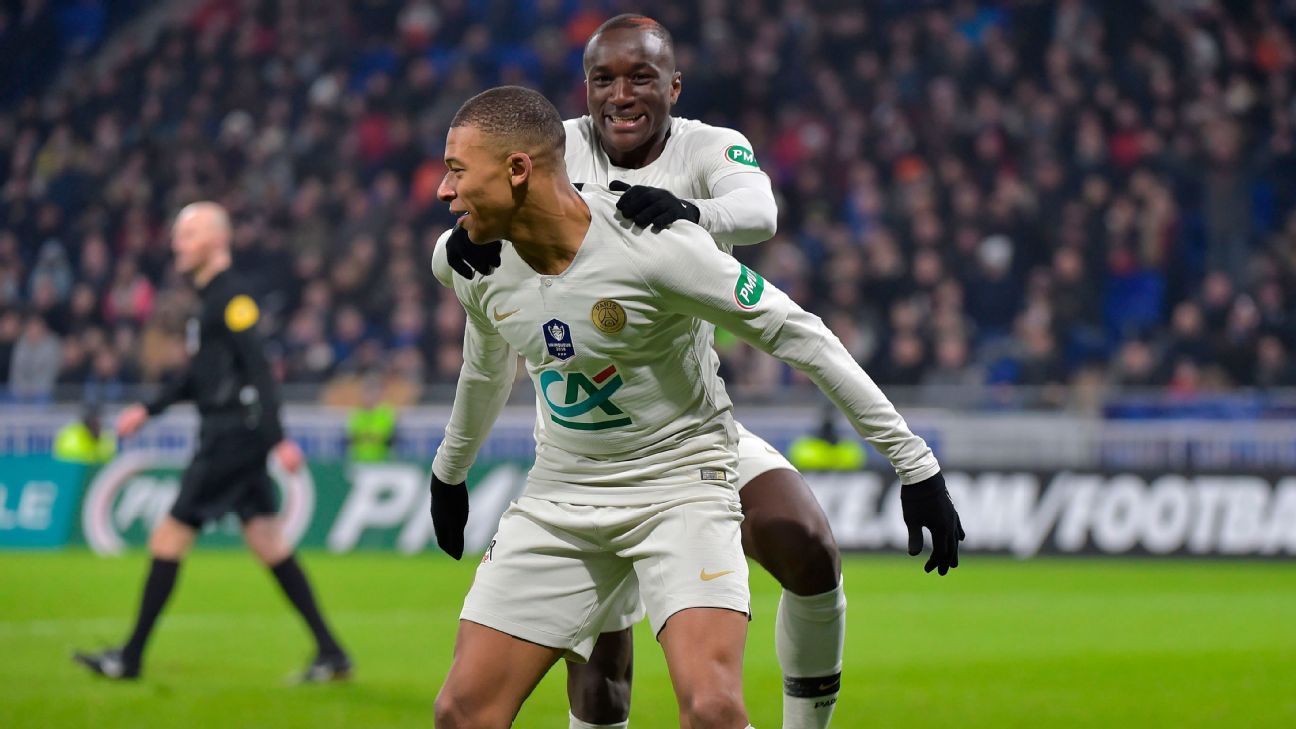 Holders Paris Saint-Germain were taken to extra time by third division side Villefranche on Wednesday, but reached the Coupe de France quarterfinals after substitutes Kylian Mbappe and Edinson Cavani helped them to a 3-0 win.

After starting with a second-string team, the capital side had to rely on Mbappe and Cavani, who had a hand in all three goals, to dig them out of a hole following a goalless draw after 90 minutes.

Uruguay striker Cavani set up Julian Draxler for the opener in the 102nd minute, while France forward Mbappe gifted the second to Moussa Diaby in the 113th, and teed up the third for Cavani in the 119th.

PSG struggled for long periods at Lyon’s Groupama Stadium and coach Thomas Tuchel was sent off in the 72nd minute when he lost his cool following a foul on midfielder Leandro Paredes.

Mbappe and Cavani started on the bench as Eric Choupo-Moting was fielded up front while midfielder Marco Verratti, who has just returned to training after an ankle injury, was left out of the squad.

PSG, who travel to Manchester United next Tuesday for the first leg of their Champions League last-16 tie, dominated but winger Diaby missed a clear chance in the 13th minute as the hosts held firm.

With PSG struggling to break the deadlock, Angel Di Maria was replaced by Mbappe in the 62nd minute and Choupo-Moting by Cavani in the 79th.

The changes proved decisive as PSG, bidding to win a fifth consecutive French Cup, set up camp in the Villefranche half.