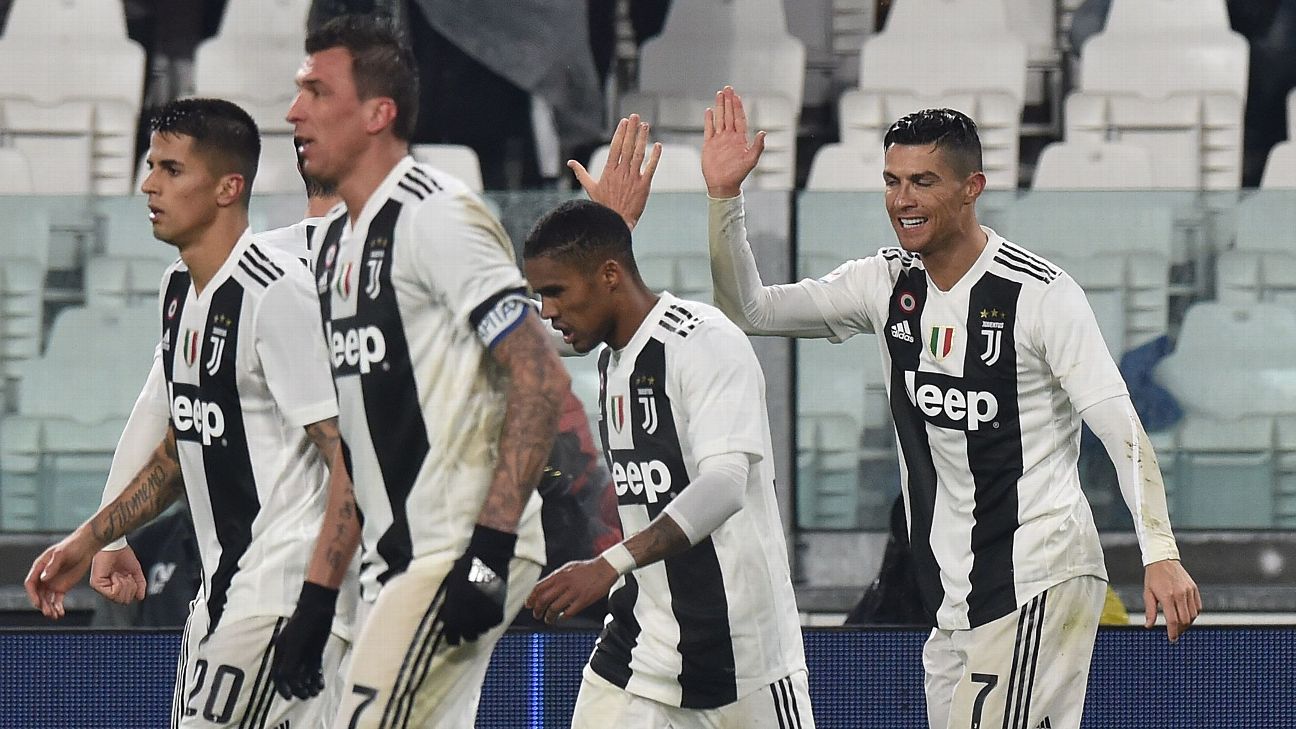 Manchester City dismantled Arsenal 3-1 to go within two points of leaders Liverpool (who play West Ham later tonight) while Manchester United continued their run under new management with a squeaky 1-0 win over Leicester City. In Turin, Cristiano Ronaldo’s brace wasn’t enough as Juventus squandered a two-goal lead to draw 3-3 with Parma, and across the Mediterranean, a Lionel Messi brace found Barcelona coming back from 0-2 down to draw 2-2 against Valencia. Oh, and Lyon stunned PSG 2-1 at home, leaving Juventus as the only unbeaten side in league competition this season (in Europe’s top five leagues).

Here are the best of the numbers from this weekend’s football action.

There are some stats that make you go “what, really?” This, surely, is one of them. This is the first time that Manchester City have won four consecutive top-flight games against Arsenal since… April 1937.

Arsenal have failed to win any of their last 21 Premier League away games vs. ‘the Big Six’. They have taken just seven out of 63 available points.

Sergio Aguero has now scored 10 hat-tricks in the Premier League. Only Alan Shearer has more (11). He now has 42 goals against the ‘the Big Six’ — that’s double the next closest (Harry Kane, 21 goals).

A quite remarkable record for a team that the previous incumbent felt was not nearly good enough – since Ole Gunnar Solskjaer took over, Manchester United have won four more points than any other Premier League team (22 points – W7 D1 L0).

Manchester United have won five consecutive away matches in all competitions for the first time since October 2012, back when it was Sir Alex Ferguson in charge.

Paul Pogba is not half bad, is he? The Frenchman has contributed to 55% of the 20 goals Manchester United have scored under Solskjaer.

Thanks to Son Heung-Min’s late heroics that gave them a 1-0 win over Newcastle United, Tottenham Hotspur have gone 29 games without a draw in the Premier League. That’s a new record, beating Bolton Wanderers’ previous best of 28 set in 2011.

This is a lovely stat, if we say so ourselves. Gonzalo Higuain’s second goal (a screamer) was his first from outside the attacking penalty area in a league game since May 6, 2017, snapping a streak of 54 league games without one. Chelsea overcame their mid-week humiliation at Bournemouth to thrash Huddersfield 5-0. Higuain bagged a brace on home debut – the first Chelsea player to do so since Mario Stanic in 2000.

Inter Milan haven’t scored a single goal in the first three Serie A games of a calendar year for the first time since 1956.

No team in Europe’s top five leagues have won more points from losing positions than Barcelona (14, tied with Alaves).

Lionel Messi is the first player in Europe’s top five leagues to score 20 league goals this season. He is also the third player in La Liga history to score 50 penalty goals, after Cristiano Ronaldo (61) and Hugo Sanchez (56).

Lyon have beaten PSG more often than any other team in Ligue 1 (four times) since the Qatari era began in August 2011.