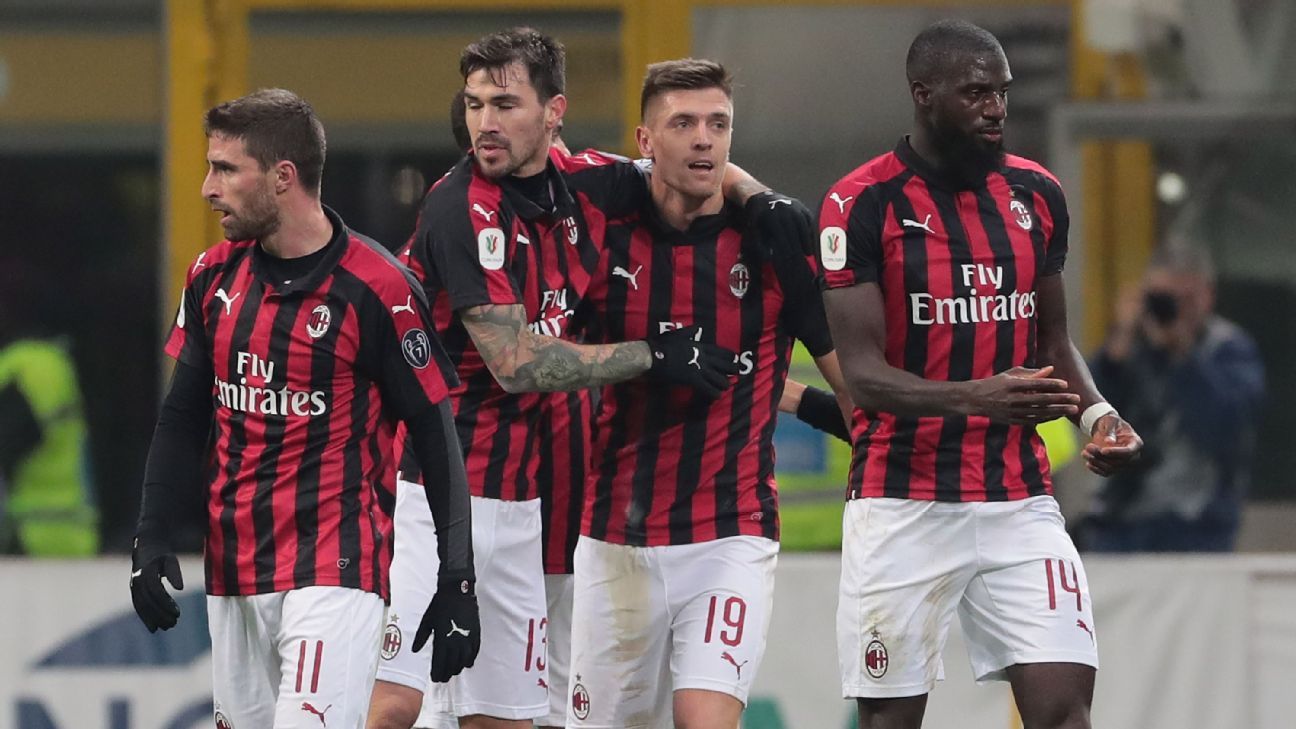 Krzysztof Piatek scored twice on his first start for AC Milan as they beat Napoli 2-0 to reach the Coppa Italia semifinals on Tuesday.

Poland striker Piatek, who joined Milan last week for a fee reported to be €35 million ($40m) from Genoa after netting 13 goals in 19 Serie A appearances, was the star of the show as last season’s finalists were too strong for Carlo Ancelotti’s side.

The 23-year-old needed 11 minutes to open the scoring, latching onto Diego Laxalt‘s long ball before speeding past Nikola Maksimovic and firing into the bottom corner across Alex Meret in the visitors’ goal.

He then produced an individual moment of brilliance a quarter of an hour later, beating two Napoli defenders before finding the top corner in a scintillating first-half display from Gennaro Gattuso’s side.

Napoli were much-improved after the break and went close through Faouzi Ghoulam and Adam Ounas, but were unable to find a way back into the game.

Fiorentina host AS Roma and holders Juventus visit Atalanta on Wednesday, before Inter Milan face Lazio on Thursday in the remaining quarterfinals.