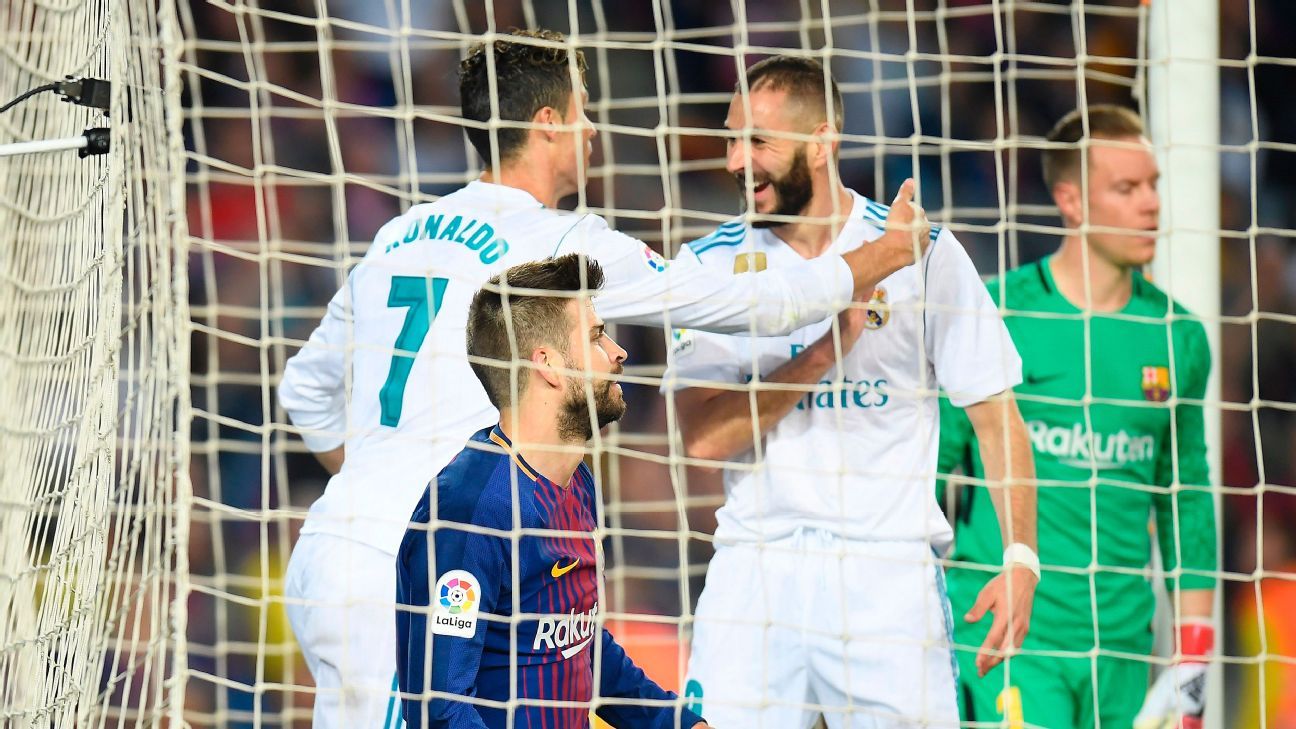 Cristiano Ronaldo‘s departure from Real Madrid last summer has given Karim Benzema the chance to play his “true football,” the French forward has told France Football.

Ronaldo was the focal point of the Madrid attack from when he arrived in the Spanish capital — at the same time as Benzema — in 2009 until the Portuguese superstar headed for Juventus last summer.

Benzema, who had been a prodigy as a striker at Lyon, had often been seen as playing second fiddle to his prolific teammate, teeing up Ronaldo for a healthy portion of the more than 300 goals he netted in his time with the Spanish giants.

Now, it is Benzema who leads the line for Santiago Solari’s side, and the 31-year-old could not be happier to have taken on extra responsibility with the 13-time European champions.

“Before, there was a guy that scored more than 50 goals a season and I was in the role of a passer. Except that I had the No. 9 on my back. I didn’t play centre-forward in fact, in spite of my position. I played in terms of Cristiano. We formed a great duo. I looked for him constantly with the aim of helping him score even more goals. I was in a secondary role.

“Now, it’s up to me to show I want to score, that I want to carry the team. And that’s what I like. It’s actually what I did at Lyon. I said to myself that I had to take that to Madrid, but even better. And that’s the case now,” explained Benzema, who has scored 20 times in 40 competitive outings for his club this season.

“When I came to Madrid, I had to change my way of playing. I put myself at the service of a guy who — I say again — scored 50 goals a season. And it was a pleasure to play with him. Now, I’m the leader of the attack. It’s up to me to make the difference. I am very happy, because I can play my true football.”

While Ronaldo is way ahead at the top of the Champions League all-time scorers’ chart, Benrema’s four strikes in the competition this term have eased him into fourth place in the prestigious ranking, 11 goals behind another Madrid legend, Raul.

“That shows that I scored goals before and at important moments, because the Champions League, even when an opponent seems to be less good, is always tough. Seeing myself in this position makes me very proud and motivates me to go further, which means catching the legend that is Raul,” said the Frenchman, who has 60 goals to Raul’s 71. “I don’t think about statistics when I’m on the pitch, I’m not obsessed by that. But the consequence of my play is that I can go a little more into the history of Real Madrid if I catch Raul.

“But that will come by playing my game, not by listening to those who say, ‘Think more about yourself.’ No, no, I respect football. I say to myself, ‘Make runs, open up play, play passes and you’ll be rewarded sooner or later.'”

He added: “Of course, it’s good to score goals to make your team win, but if you can give it victory another way, that’s also good. I really regret that today we talk more about statistics, the number of goals and chances, than your play. For me, football is above all a game. It’s not only statistics. It’s not basketball! You go to see a football match for moves, one-twos, shots, no-look passes…Football has to remain a show. I’ve thought of football like that since I was very small.”