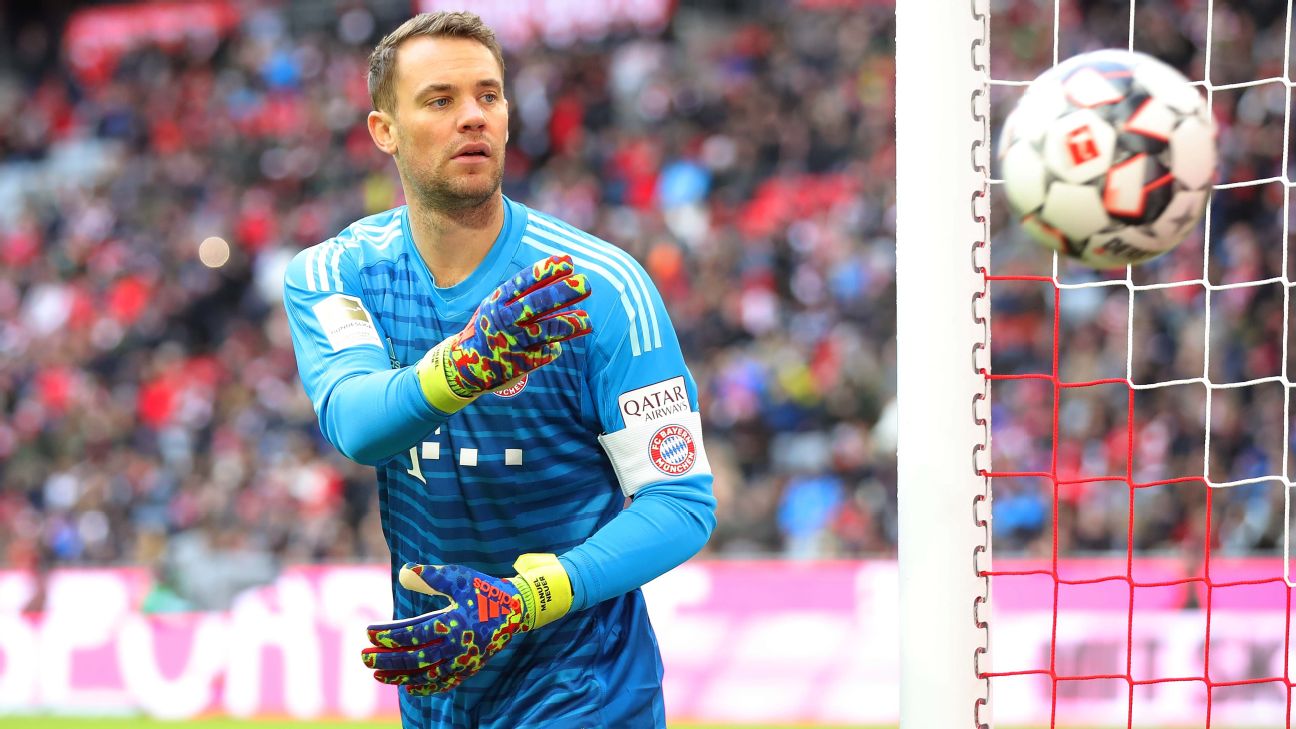 Bayern Munich goalkeeper Manuel Neuer has told ESPN he is confident of playing in the Champions League round-of-16 first leg clash at Liverpool on Feb. 19.

The 32-year-old goalkeeper has missed the Bundesliga champions’ last two matches with an injury to his right thumb and only used his feet in an open training session on Sunday as a precaution. However, he said he expects to be back in action in time for the trip to Anfield.

“I am fine, it’s not that bad,” Neuer told ESPN. “I think our medical [staff] will push me into goal and if everything is fine in training, I will play [against Liverpool].

“We are all positive. I think I will be between the sticks.”

Neuer said the opportunity to play at Liverpool’s ground was an added incentive to return to fitness.

“It’s the first game for me at Anfield,” he said. “I’m looking forward to playing there.

“We have heard a lot about the atmosphere in the stadium — everyone who watches football knows it’s special — and I think they will be two great games.

“For us, the Champions League is very important. It is a knockout tie, two finals. We are happy to play in their stadium.

“Hopefully, it will be great night for us. But it depends on the result, of course.”

Bayern’s return meeting with Liverpool will be played at the Allianz Arena on March 13.