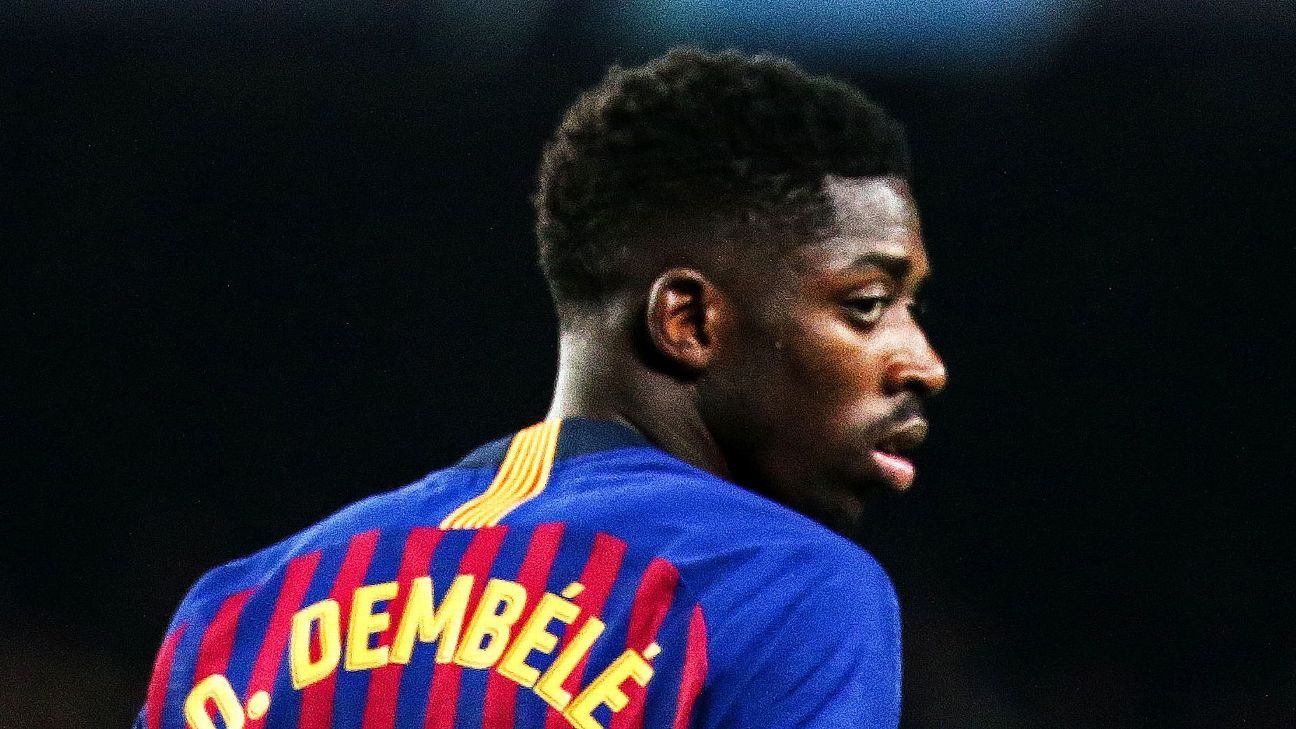 BERLIN — Barcelona forward Ousmane Dembele has been sentenced to pay €20,725 by Dortmund’s district court through judgement by default after failing to react to a civil suit.

Dembele left Borussia Dortmund in August 2017 as he forced through his €105 million transfer to the Camp Nou, and never returned to his former house in Germany.

Last month, the 21-year-old was served a civil suit by Dortmund’s district court, where his former landlord has sued him. The total claims totalled €20,725, divided into €15,562 in back rent and €5,033 toward fixing the defects in his old home.

Without an address for service, the court served the civil suit to Barcelona, the France international’s employee, a court spokesperson told ESPN FC.

Having failed to reply to the civil suit in time, the 2018 World Cup winner has now been ordered to pay his former landlord through judgement by default. The verdict will again be served to his club.

Dembele will have one month to appeal the verdict once it is served to his employee in the next few days. Should he decide not to appeal, the plaintiff can collect the legally established claim, with the help of a judicial officer if necessary.

Last month, Bild reported that Dembele left his Dortmund home without terminating his contract in due form and time. The tabloid also claimed that the keys to the house were never returned and thus new locks had to be installed.

Dembele’s punctuality has been a cause for concern at Barcelona this season. Sources told ESPN FC in October that the club were worried about his bad habits off the pitch and there have been a string of high profile examples since.

He failed to turn up for a training session in November, with coach Ernesto Valverde subsequently dropping him from the squad for the game against Real Betis.

Then, after continuing his good form with a goal and an assist against Espanyol last weekend, he turned up two hours late for training on Sunday. Club security had to locate him and he trained on his own after his teammates had gone home.

However, he went on to score a stunning individual goal against Tottenham in midweek, with teammate Carles Alena confirming that Dembele — who is ranked No. 8 among the world’s wide forwards int he 2018 ESPN FC 100 – apologised to his teammates for his regular tardiness.