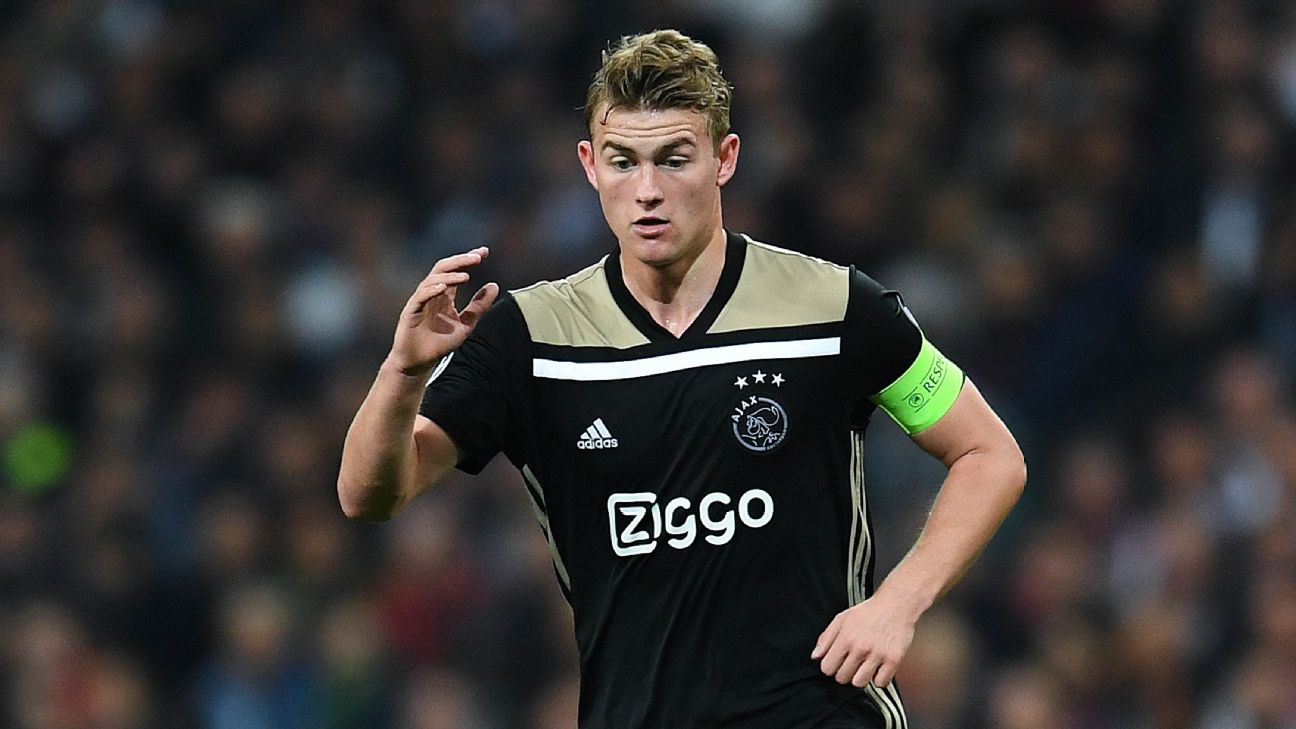 Barcelona want to follow up the signing of Frenkie de Jong by bringing in his Ajax teammate Matthijs de Ligt but they will have to sell players to be able to afford the centre-back, sources have told ESPN FC.

Barca have followed the Ajax duo for a long time. They failed with two bids for De Jong last summer before eventually agreeing on a €75 million transfer in January. The midfielder will move to Camp Nou in the summer.

Ajax goalkeeper Andre Onana, himself a former Barca player, has since said that De Ligt would like to follow De Jong to the La Liga club.

Sources have said that Barcelona initially thought they would only be able to sign one of the pair. The pending arrival of De Jong, therefore, looked to have ruled out a potential deal for De Ligt.

However, De Ligt’s commanding performances against Real Madrid as Ajax knocked the holders out of the Champions League have forced Barca to re-think their strategy.

President Josep Maria Bartomeu said in a radio interview this week that De Ligt’s name is back on the table as the club plan for next season in a series of meetings over the coming month.

Ajax captain De Ligt, 19, has a host of suitors across Europe and could end up costing more than De Jong. With Barca already committed to paying big money for De Jong, they will have to find the funds to sign De Ligt from elsewhere.

Andre Gomes and Denis Suarez are two players the club hope to shift this summer, but they would still have to bring in more cash from elsewhere. Sources said the looming meetings at the club will focus on who could be sold and for how much.

Barca are well covered in the centre-back positions at the moment. Gerard Pique and Clement Lenglet have been in great form this season, while Samuel Umtiti has just returned from injury. Jean-Clair Tobido, a January signing, is also tipped to have a big future in the game.

Thomas Vermaelen, though, will leave for free in the summer and Barca don’t plan on exercising an option to make Jeison Murillo‘s loan deal permanent, creating space for one new defender.